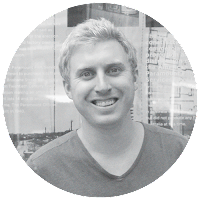 Amongst the Western publishers, Ubisoft stands almost unique in its dedication to memorable characters and narratives. Or, in other words, if the western publishers were to create their own “Smash Bros”-style games, Ubisoft would have Rayman, Ezio, Connor, Jade, Aveline, Rabbids and a host of others. Activison would have Spyro and that Call of Duty guy, and EA would have Bioware’s characters… and that’s about it.

There’s some exaggeration in there, but Ubisoft’s unique differentiator amongst its immediate peers is that it is one of the few to emulate the success of Nintendo and Square Enix in Japan to foster a stable of popular and bankable characters to help sell it games.

Now Ubisoft is looking to build its own brand, as opposed to that of its individual franchises and characters. With this goal in mind it partnered with Australian content marketing studio, Drifter, to launch Ubisoft3dcharactercreator.com.au in Australia. Acting as a competition, the website allows players to build their own 3D character and write a bio for him or her. Each week a winner is selected and a hand-painted 3D model of that character is created.

According to Drifter creative director, Joshua Hunt (pictured above), the hope of this campaign is to get fans engaging with Ubisoft, rather than its individual brands. So far it seems to be working. Two weeks after launching the campaign there has been ‘thousands’ of entries, according to Hunt.

“The nature of social media and digital marketing is such a you want to give people something tangible they can play with. People can get in and take their own creativity and input into the Ubisoft world.”

Drifter is a new studio at around a year old, and many of the team, Hunt included, came from popular game-based marketing company, Soap Creative (Soap Creative recently won a videogame grant from Screen Australia to expand its business in that area). Hunt’s relationship with Ubisoft started there, and he said he’s keen to continue to integrate video game technology and concepts into future campaigns.

“We set up Drifter this year to do innovative digital executions, and so I don’t think we’re as set in our ways in gaming as an agency like Soap is, but from our part if it does offer a new and exciting way to engage with people,” Hunt said.

“One of my last projects at Soap was using the Xbox Kinect device, but it was for Cornetto Ice Cream. We set it up at a festival and one day you’d get up and control a giant Cornetto Bear (the mascot for the campaign,)” Hunt said. “Interactivity is spreading to every touch point these days and we’re looking for new and exciting ways to leverage it.”

Gamification, or the application of game-like technology or features into work or marketing projects, is rapidly becoming a powerful way for organisations to engage with their customers. From the big organisations like MacDonalds and VISA, right down to local operations, the games industry is set to continue to benefit as interactivity becomes a default way to engage with customers digitally, Hunt said.

“In terms of society, people interact in tribes and as a result there’s a group mentality to the way people interact with one another. And with any group mentality there is inevitably a level of competitiveness. This is the kind of psychology that drives gamification, and the interesting thing is just how rich the opportunity is; it’s amazing how you can make something as simple as doing some routine work more rewarding and fun using gamification techniques.”