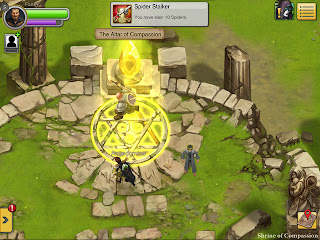 EA’s track record with free-to-play mobile games has been spotty. At one end of the spectrum is Real Racing 3, which manages to be a good racing game despite the monetisation model.

At the other end of the spectrum is Tetris Blitz and Plants Vs. Zombies 2 – games that fail to break away from begging players for microtransactions and are lesser games for it.

What EA has, thus far, failed to do is provide a free-to-play game that works well with the microtransactions. Ultima Forever is the latest another attempt by EA to take a beloved franchise and bring it to the mobile world as a free-to-play experience, and it’s probably the best attempt yet. This is a game that EA really couldn’t afford to mess up, given that there is such a cult fan base for the franchise, and to the credit of the developer, Mythic, the actual freemium stuff isn’t too aggressive.

There’s keys that unlock chests, and premium keys unlock better loot. You can get by in the game and see almost everything with just the standard keys and a bit of grinding, so credit where credit is due, Mythic has nailed the monetisation model so that it doesn’t irritate. If you do want to invest in some in-app purchases, the stuff that’s there to buy isn’t unreasonably expensive. Working on the assumption that free-to-play does not mean “free,” $10 or so will get you more than enough content to be completely comfortable over the lifespan of this game. 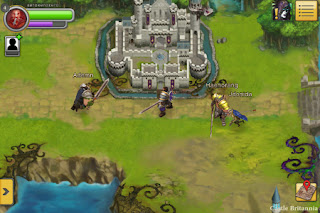 But what of the game itself? How well does a MMO structure really work on the iPad? On a superficial level, all the stuff that you’d expect from an MMO is there. Outside of the dungeons the world is persistent and filled with places for players to meet up, organise quests and form parties. Small teams of players are then able to venture into the dungeons together, which last for a reasonable length of time for mobile gaming (not more than 30 minutes at a time), and are generally quite linear but filled with enemies to kill in real-time action. There’s a few different classes to mess around with and a range of skills to unlock and equip.

There’s plenty of loot to pick up along the way and much of the grinding involved is about picking up more loot. As players complete quests their reputation within the world’s cities grows and they’re able to attempt more difficult quests. There’s even a couple of neat original features, such as a card system that gives players significant, but single-use bonuses for a tough dungeon delve, and there’s a little button that auto-invites potential party members to save you the work of trying to run around and recruit them. 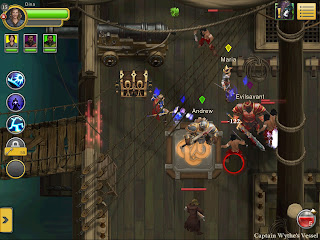 All of this plays from a traditional (for Ultima) top-down perspective, which is a nice touch, and there are some neat nods to Ultima found throughout the game that help make the game feel like an Ultima title, but that said I can see some of the more hardcore fans being a little disappointed by the clear attempt of the developers to move Ultima away from its origins and make it Mythic’s own world. Already I’ve seen some disappointment that Lord British is not in the game, but frankly these people should get over themselves in the same way that Devil May Cry fans need to get over DMC. Different developer, different take on the franchise. Not better, not worse. Different.

All of this is good to see because decent, genuine MMOs are still a rarity on the iPad so the existence of a attempt at building one is in itself exciting. But (and there is always a but, right?). Ultima Forever has problems. Part of the point of an MMO is that people communicate; to form guilds, to create social networks, to trade loot and organise raids. Ultima’s community is deathly silent. It’s not due to a lack of players – there are many very populated areas – it’s due to a lack of purpose for interacting. While I appreciated the quiet of Final Fantasy XIV because that game offered a world and narrative I wanted to experience uninhibited by inane chatter, Ultima Forever feels like it needs the community in order to have have some kind of personality to it. 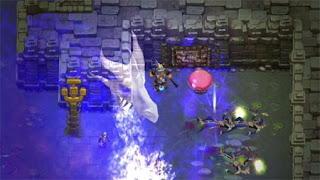 At one stage I said as much, with a comment to the effect of “Not many people are very talkative here, are they?” The response I got from one person (the only other person actually interested in talking) was “if you’re talking, you’re not playing.” Because Ultima Forever even takes the player interaction out of organising a team to go questing, there really is no incentive to type away on the keyboard, and because of that it’s difficult to built a sense of attachment to the game.

There’s a couple of technical issues and my iPad 3rd generation crashed quite frequently out of loading screens, and there’s an overwhelming sense that aside from the grinding and the looting there’s not much to this game. Other MMOs that I’ve played and enjoyed feature non-combat stuff, like the Chocobo racing in Final Fantasy XI, for instance. Ultima doesn’t really have that; it’s an MMO with a singular focus on the combat.

There’s a lot of potential for Mythic to support this game and build it out into interesting new directions. Ultima Forever can be the perfect MMO for the iPad format. It’s just a matter of whether the developers can find a way to encourage some player interaction, because until that happens, this game might as well not be an online game at all.

The weekly discussion: Come say hello in our forums!