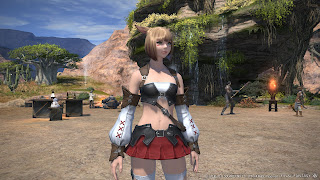 Most of us know the story about Final Fantasy XIV; a MMO release so catastrophic that Square Enix had to pull it offline and completely redesign it from the ground up.

Now there is a public Beta giving players access to the game for the first time, and I am mightily impressed. I have got to say as a disclaimer that I had not played the original release of this game. I don’t know how bad it really was, beyond the stories, and so I was going into this Beta with no background or expectations. I am also not the biggest fan in the world of MMOs (lacking a PC capable of running them is the main reason there), and so my understanding of the broader genre is also limited.

I do however know what games I like to play, and I have spent time with those MMOs that have large fanbases or are generally considered to be the finest examples of the genre – so I have played World of Warcraft, Guild Wars and, in fact, Final Fantasy XI. 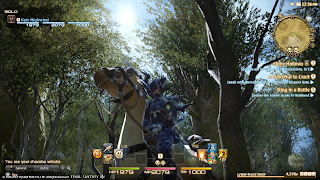 So with those disclaimers in place, I am really enjoying my time in Final Fantasy XIV. The world has a striking visual style, a nice combat system (that despite being as complex as most MMOs, is mapped well to the PlayStation 3 controller), and there’s a believability to it all that makes the story quite compelling.

After creating my character from the usual bevy customisation options (archer, as always) I was plunked down in the middle of a lovely woodland village that would be the centre of my first few training hours. There I was introduced to the combat system, the fast travel options, and I got a broader sense of the way the community functioned.

One notable thing that struck me right from the outset is how this game is less chatty than the other MMO’s I’ve played. This is likely due to the challenge in knocking out quick sentences on the controller, and is both a blessing and a curse. It’s a little surreal to see an area filled with real people running around and no conversations happening, but as a positive consequence there isn’t the usual dredge of offensive slander, spam and lols to break the immersion. Once I got over the lack of a sense of community, it was nice to be able to wander through the world at my own pace without human distractions. 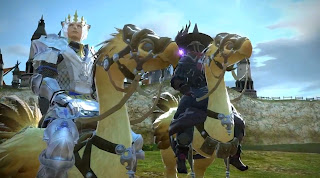 As with MMO the skills that I’ve been learning have been dolled out at a nice steady pace to keep me going, and I’m not yet far enough into the game to really be able to specialise my character. For now my experience has been limited to completing quests, grabbing loot, and playing around with my new skills as I’ve unlocked them. I have no idea how long the game’s main story and what the subsequent post-game content will be like. If it’s anything like Final Fantasy XI, though, I’m not really concerned.

On a technical level, and as one of the rare few PS3 MMOs, I must say I’m impressed there too. The online connection has been stable the whole time I’ve been playing, with everything loading nice and quickly. As I mentioned before, skills and menus are cleverly mapped to hotkeys that are pulled up when you pull on the R2 and L2 buttons. After a couple of hours getting used to how everything works, the controls of Final Fantasy XIV feel both natural and intuitive.

My time on the Beta has been enough to convince me that I’ll be paying for the full product. So I’m guessing that means that whatever was the cause for the catastrophe originally has been largely resolved.