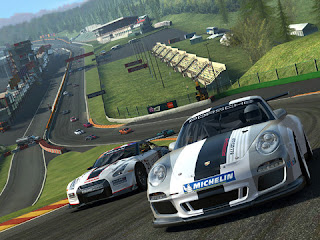 I am really disappointed with Real Racing 3. That disappointment has nothing to do with the game itself, which is one of the finest racing games I’ve ever played, let alone on a mobile device, but it’s a game that is nearly crippled by an awkward free-to-play model which actively encourages players not to race.

There is downtime in this game, see. Participate in a race and take some damage and you’ll need to wait a couple of minutes after the race is completed for the damage to be repaired (unless you use a gold coin to make it happen instantly, naturally). After a couple of races the car’s tyres, oil levels and so on will drop dangerously low and the car will need to be serviced. This downtime can take a couple of hours, depending on what is being serviced (unless you use a couple of gold coins to make it happen instantly, naturally).

That’s fine once you’ve spent the time grinding up enough cash to own a couple of cars – while one is in the garage being repaired, just race with something else. But at the start of the game, when people are at their absolute most keen to play it, the game is forcing them to either cough up cash (because gold coins are rare without spending money), or not play their new game for hours at a time. 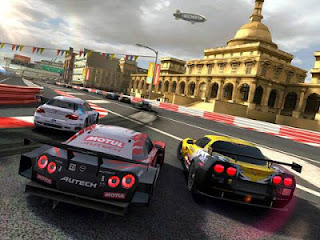 I understand microtransactions. I have no problem with Real Racing 3’s relatively low in-game cash rewards, to encourage people to spend real money and save themselves hours of play to unlock the faster cars. What I can’t understand is why on earth EA and Firemonkeys would encourage people not to play their game.

Because I really, really want to play Real Racing 3 more. This is one slick game, with absolutely spectacular visuals and an incredibly clean, efficient racing engine. There’s over 40 cars to unlock, the faster ones have an incredible sensation of speed, and I am amazed at how well it controls. I can’t stand gyro controls, but the gyro controls in this game are soft, elegant, and comfortable. Even in public it’s possible to play this game without moving around like an idiot. The more traditional virtual controls also work wonderfully well, and there’s a set-up that should appeal to just about everyone.

The depth of content is amazing, too. There’s everything from traditional races to drag racing, across a wide range of real race tracks. I laughed out loud the first time I played the Melbourne track, because it’s close to spot-on in capturing some famous Melbourne landmarks. 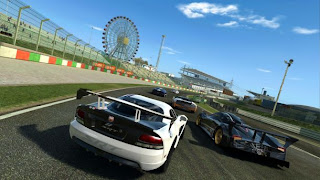 Most impressively of all though is the social integration. Real Racing makes the best use of Game Center to date. Every single time you race the game pulls data from other racers around the world to give you dynamic and real-time challenges to beat. The cars themselves are AI controlled and will go from point A to point B in the time that is set by the human player. This means no risk in drop-outs or lag, but real human competition, and it is far more fun racing against cars with real people’s Game Center photo above them than obviously-named computer opponents.

Facebook is also used to help deepen the social experience even further. It’s an amazingly addictive title, which is precisely why I am so annoyed that I can’t play it more. 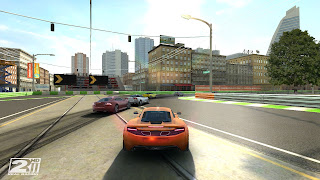 People will point the finger at EA for these microtransactions and blame it for being corporate on this, Firemonkey’s first racing game since being acquired. That’s unfair to EA – Firemonkeys is a big development team and the fact Real Racing 3 exists at all is brave. There’s a lot of investment that needs to be made back here. Where I am disappointed with EA is that it lacked the conviction to price this as a premium-price game. Real Racing 3 is effortlessly worth $20-$30. Yes, it’s a mobile game, but if any mobile game has a right to be called AAA-grade, this is it. Being free-to-play will bring in more players than a $20 game, but will they spend the $20 each that the game deserves? No.

It’s games like Real Racing 3 that make me wish publishers had more respect for their own products, and followed the likes of Nintendo and Activision in insisting that their games have value and people should pay for them.