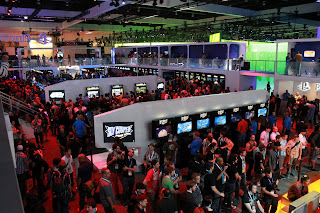 It’s that time of year again! E3 is just a few short days away, and naturally that’s all we’re going to be talking about for the next week or so.

But what are the Digitally Downloaded team looking forward to the most? Over the next couple of days our team will share a couple of expectations and hopes for a show that is shaping up to be very interesting indeed.

First up is Farida!


Personally, I’ve decided not to meddle with predictions in spite of us being ever-so-close to the start of E3. This year, I’m hoping to be genuinely surprised with whatever Nintendo, Sony and Microsoft as well as developers like Ubisoft and Square Enix have to (hopefully) leave us in awe. That said, I do have an unshakable inquisitiveness to see how the big three in particular will approach this opportunity, especially with the dawn of the next generation fully looming upon us now. 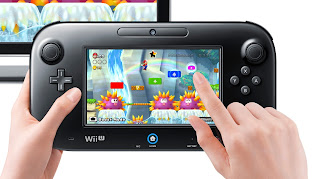 Despite being a proclaimed Nintendo conformist first and foremost, I don’t quite see myself as being excited per sé for its “appearance” at E3 than I am curious. Interestingly, for the first time we will receive scheduled E3 announcements via Nintendo Direct in lieu of a regular on-stage presentation, and coupled with the Wii U’s less-than-desirable traction with both consumers and developers thus far, I’m still sceptical as to whether or not we really will see Nintendo deliver in terms of offering us something mind-blowing.

Of course, we’re all aware that we’ll undoubtedly be seeing fan-favourites such as Mario Kart, Super Smash Bros. and a new 3D Mario adventure unveiled for the console (which will affect sales significantly, no doubt), but I also have other concerns for Nintendo – particularly what attention will be shown to third-party development, as well as whether they will finally be able to convincingly convey the idea behind Wii U to their broad market outside of fans like myself. Let’s be honest – whether you like it or not, there is still a lot of confusion surrounding what the Wii U really is at the moment (or what it wants to be, for that matter). 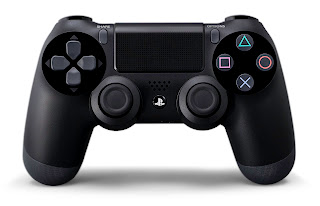 Though I’ve hardly even touched any of Sony’s consoles in my entire gaming life to date, this is the presentation I find myself to be looking forward to the most out of the special three. So far, the PS4 seems to be showing itself as the leading choice for the majority of gamers moving on to the upcoming generation, especially given the success of its initial reveal among the industry back in February.

In terms of expectations, I can’t say I’m looking for anything specific. I’m more or less complacent with all that was displayed during the PS4’s reveal, but of course, I would like to see a lot more gameplay footage thrown into the mix – something we all seem to have been desperately missing as of late. Aside from that, I can probably see a number of Sony’s most popular IP being shown off for new PS4 titles in development – oh, and having the actual console on display this time would be quite nice as well. 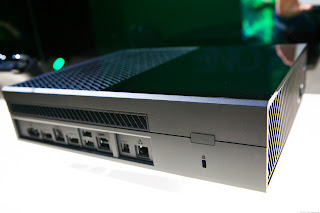 Following the Xbox One’s rather lacklustre unveiling a week or two ago, it seems to be just common gen that Microsoft’s efforts at E3 will determine whether or not redemption is in their reach. While I can actually say that I’m genuinely excited for the console’s prospects as an interactive entertainment hub, so to speak, it presently seems as though Microsoft has lost touch with its primary gaming audience.

Nonetheless I’m still very hopeful for their mention of having 15 exclusives in development to show for the console, 8 of which will be entirely new IP. This is something that excites me above all, seeing how the industry could very well do with some fresh IP in the face of the next gen.

All in all, it’s definitely clear that this E3 will essentially be the make-or-break point for all three companies as we enter the next generation. This year’s event is certainly the one to watch, and I’m highly looking forward to sharing the upcoming excitement and heated discussion with fellow writers and gamers.