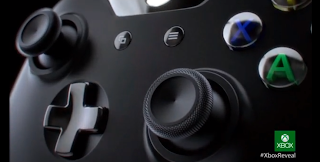 I got up at 3am, Australia time, to watch the Microsoft new Xbox reveal. This new console, Xbox One, managed to fulfil every single one of my predictions about the console, and that means it doesn’t paint a pretty picture for Microsoft’s understanding of gaming.
To narrow it down to a single phrase: 30 minutes into the reveal and we still hadn’t seen a single minute of gameplay footage. By the end of the 60-minute show we had seen about five minutes of games. Microsoft has spent so long describing the Xbox One’s interface, its improvements to Kinect (which sound good, but Kinect isn’t at its best as a gaming device) and its ability to play TV that my Twitter feed was awash with angry Australian gamers tempted to go back to bed.
Microsoft’s logic behind the Xbox One is clear – the company wants to be the “go to” technology for the living room. When the one box sitting under the TV does everything, Microsoft is hoping that people will be more engaged with the device, and in turn spend money on games and other content by default by it first.
But here’s the thing – Microsoft has by doing this given the proverbial finger to its game community, and it seems to have misunderstood what gamers actually want in a console (or why gamers would get up at 3am to watch a console unveiling) Gaming is not the focus of this device. Microsoft spent so much talking about NFL (who thought that was a good idea for a global console unveil, Microsoft?), and TV, that game footage was regulated right to the periphery. Call of Duty and its exclusive first-launch content – a major coup for any new console – was announced right at the end of the conference showing the priority in which Microsoft has gaming.
Yes, Microsoft did promise 15 exclusives within the first year of the console launch, and 8 new IPs. This is good news and it’s good to see that Microsoft has recognised the dire need for new IP in the games industry. But with no announcements on what these games would be, and no footage of these games in action, it felt like a marketing catch-phrase than any kind of firm promise.
Most painfully though was the Halo moment. Here was the perfect opportunity to get people excited, I thought. And then, with the whole world watching, Microsoft’s 343 Industries got up on stage to announce the next big Halo project is a TV series. Yes, it has Spielberg attached and should be pretty amazing, but let’s just think on that a minute: Microsoft’s key franchise, at a games console announcement, and it chose to spruik a TV show.
Clearly gaming was not on the mind of Microsoft when it built this console. It looks US-centric (meaning that its major features will not mean anything to us outside of the US), and its focus is on TV, movies and non-gaming applications of Kinect. It’s tragic, because the few seconds of footage of Forza 5 and Quantum Break look genuinely awesome. I came away from those seconds wanting more. And then this reveal crushed me back to boredom.
Short of a mind-blowingly spectacular E3 showing, I can’t help but assume that Sony’s taking the lead in this pre-release race. While it is possible that Microsoft is holding back a lot for the E3 show, first impressions count, and the first impression of this console – gauging from the Twitter reaction and my own feelings having watched the show – is that Microsoft either isn’t that interested in gaming any longer, or has completely misunderstood what gamers are looking for in a console.
Share this