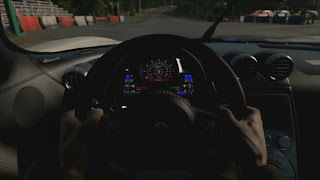 I thought the PlayStation 4 reveal today was incredible. Without even seeing the device or getting a firm idea of its price, the ideas driving the console are nothing short of brilliant. This is going to be the most  feature-rich and social console we’ve ever seen.

In fact I suspect that is why Sony didn’t spend much time showing off the hardware – it wanted people to focus on what the console will be doing, not the console itself. I also suspect that’s why Sony didn’t spend much time on the specs – the real power behind this console will reside on Sony’s own servers, rather than the box people will buy (though there is a power increase there too, of course).

The secret to the PlayStation 4 lies in Sony’s acquisition of Gaikai. By integrating the Gaikai Cloud services into the very core of the PlayStation 4 experience, Sony is able to take the console beyond the box at home, and on to mobile phones and tablets, web browsers and the PlayStation Vita. People can be “in” their PlayStation life 24/7 with the next gen, and that’s a substantial benefit to Sony.

But I can say that because I have a very fast Internet connection and 200GB download per month. I’m not going to be hindered in using Sony’s Cloud services. Not everyone is in the same position. People who live in more regional areas won’t have access to the same download speeds. People who don’t work on the Internet for the living might not be able to justify paying for large download limits.

Both these groups of people will not be able to fully engage with the Sony Cloud services. So, as good as the Cloud sounds, making it the focal point of the PlayStation 4 is an enormously risky move.

Are people still going to buy consoles when they can’t make use of the major features? Backwards compatibility is always a big deal, and that’s only ever going to happen on this console via Cloud streaming. In the show today Drive Club was rolled out as a major case study of the best features available with the Playstation 4. Many of those features required not only access to Gaikai, but also secondary devices such as tablets or phones. Not everyone has access to those, either.

While I am looking forward to the PS4 with baited breath, I wonder how much of that is because I’m going to be able to use all of its features. Once upon a time consoles were self-contained, and while a self-contained console was never going to be able to achieve Sony’s vision here, I have to wonder whether the console is going to be worth the investment for people who don’t have the extra devices and speedy Internet they’re going to need to get the most from it.

And spare a thought to the less wealthy nations out there – are emerging markets like South Africa, the Middle East and Brazil ever going to have a use for this console?