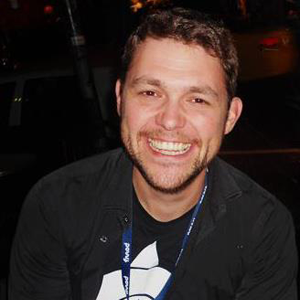 Not a day after the depressing news that the Australian game development industry had shrunk to a third of the size of what it was a few years ago, the Federal Government announced the “winners” of its $6 million Games Enterprise investment into the growth and development of the industry.

One of those that will receive money under the grant, Neil Rennison from Tin Man Games, said that while the development environment in Australia is tough at the moment, there are still opportunities there for those developers that are innovative and capable of producing quality titles on small budgets and minimal staff.

But what is more critical is that game developers in Australia focus on building sustainable business models first. It seems unlikely that the local market can sustain AAA-development at the moment, given what happened to the last bastion of Aussie big budget games, Whore of the Orient, but that’s not to say there aren’t other opportunities out there.

Tin Man Games has a very specific niche in that it exclusively builds Gamebooks, or Choose-your-own-Adventure titles for a variety of platforms. These Gamebooks are of a very high quality and tend to go down very well with critics.

“If you look closely there are already lots of strong green shoots of recovery,” Rennison said. “There are some amazing indies made up of teams of just two to five people that are not only creating amazing game experiences but also developing serious sustainable businesses – that’s the key!”

“I think the perception sometimes is focused on “where has the AAA console development gone?” or “where will the next Fruit Ninja come from?”, but in reality the question should be “how can we keep business models sustainable in this fast changing tech environment to make sure that talented groups of developers have the opportunity to grow?”

“Ultmately though I think the press needs to stop focusing employment numbers and actually focus on the success stories from the past few years and learn from those! There are many.”

Rennison will be allocating part of the grant money into hiring additional talent, with the short term goal to hire some part time coders and one new full-time team member, and thus being part of the solution that the Government funding is there to address – the shrinking number of people earning a living making games in Australia. The team will continue to focus on Gamebooks, but Rennison said there is still plenty of room to build on the existing engine that the games are built on.

“Longer term we’re looking to seriously ramp up our Gamebook engine to incorporate some amazing new features,” he said.

“We can’t discuss what these are for the moment and what projects they will affect but it’s safe to say some of our upcoming gamebooks will really catch people’s eye and put a new spin on how gamebooks are perceived.”

In one of the biggest shows of support to the fledgling and struggling creative industry by any Government, Gillard’s Labor Party will supply 10 developers a combined total of $6 million in grants over the next three years.

Other winners of the Games Enterprise grant money exemplify the kind of thinking that Rennison is talking about. Organisations such as Tantalus (and associated company, Straight Right Studios) have had a sustainable business model over the years doing things that not many people would recognise them for. Straight Right, for instance, was responsible for the superb port of Mass Effect 3 to the Wii U. It might not have been glamorous work, but one would assume that contracts like that help supplement the studios’ incomes to work on more original titles like Funky Barn.

And of course Australia has a growing reputation for breakaway hits on mobile platforms. It’s not just the work of Firemonkeys and Halfbrick either; another Games Enterprise recipient, Wicket Witch Software, has its own multi-million downloads game with Catapult King. Government grants will help to keep these organisations working on delivering more mobile games in a speedy fashion… and perhaps also expanding to other platforms to help address the woeful number of PC and console games currently coming out of Australia.

The full list of grant recipients, according to the press release issued a day ago: