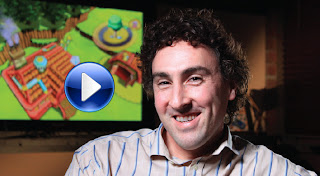 Straight Right is a game development studio based in Melbourne, Australia, and in conjunction with BioWare and EA, it’s the one responsible for porting Mass Effect 3 to the Wii U. Being its first console title in development, we were naturally curious about its experience and impressions on how it was faring with building the title on Wii U.

Digitally Downloaded (DD): So tell us, with Straight Right being a fairly new company, how much of a challenge has it proven with the task of developing Mass Effect 3 for a brand new system?
Tom Crago (TC): Straight Right is indeed a new company, but our sister studio, Tantalus, has been around since 1994. We share the same technology, so it was really the Tantalus side of the family that brought the expertise to Wii U. Tantalus has developed for the Wii and for most other major consoles. We did Unreal II on Xbox, and to that end we have some experience working with the Unreal Engine, which proved very useful as ME3 utilises Unreal technology. Straight Right also developed Need for Speed Shift 2 on iOS, and so has had some prior experience on a big franchise.

DD: In what ways have you been able to enhance Mass Effect 3 on the Wii U?
TC: ME3 was a great game on its original formats and we needed to ensure we didn’t break anything. So from our perspective we turned to the hardware and asked ourselves what we could do with the Wii U controller that might elevate the gameplay experience. We wanted to make the game better, but we trod very carefully. I feel like the stuff we’ve implemented gels extremely well and I really hope that fans of the game, say on PS3, will play our version and prefer it. One of the key things we did was make the power wheel interactive which I think all Mass Effect fans are going to love, and we’ve also drawn new 2D level maps which are interactive on the GamePad. You can give orders to squad mates via those maps, which is really cool. We also added a new weapon.

DD: Was utilising the full capabilities of the Wii U‘s technology a top priority for you while Mass Effect 3 was in development?
TC: Oh absolutely. The Wii U is really all about the GamePad, and we were determined to make full use of that, while staying true to the core Mass Effect experience.

DD: You‘ve been working on the development of this title on Wii U for over a year now. Do you feel you‘re acquainted with the console‘s hardware now?
TC: Definitely. We have another title, Funky Barn, coming out under our Tantalus label at launch too, so we’ve been elbow-deep in the Wii U for a long time now.

DD: How versatile do you believe the Wii U to be as a next-gen platform?
TC: Well it is a next-gen platform, in that it’s the next generation of hardware from Nintendo. Will the successors to the PS3 and 360 be more powerful? Almost certainly. And for many people that’s what it’s all about. But over the years Nintendo have shown that raw processing and graphics power aren’t everything. And I think a lot of gamers are starting to see that too.

DD: As an experienced developer, how do you think the Wii U will fare with other potential developers in future?
TC: From a developer’s standpoint, it’s a great console to work on. It’s straightforward to program and the GamePad integrates seamlessly. We’d be happy making games for it for years to come, but the true test will be how it performs in the marketplace. We’re going to start to get some answers to that question very soon.

DD: We hear you have some pretty big things planned for the Wii U coming to us. So, it‘s safe to say you‘re predicting some positive reception in the console‘s first year of release?
TC: We very much hope so. We’ve put a lot of eggs in that basket so we’re very invested in its success. We’ve seen enough of it to have faith that it will find an audience, and we hope that happens over the course of the next year. Nintendo themselves have a solid lineup, but as ever it will be down to third party publishers and developers supporting the platform and releasing games that people want to play. The launch line-up looks solid, but the Holiday period in 2013 will be just as crucial as this launch window.

DD: You’re also working on a new IP for the Wii U. Given how exciting new games are to us all, might you be able to give us any information on that?
TC: That would be Funky Barn, which comes out at launch under the Tantalus label. It’s a crazy, off beat farm simulation where you build a farm, look after animals, plant crops, buy machines and equipment, and try to deal with foxes, UFO’s and other pests that want to mess with your livestock. We did a version of that game on 3DS with Ubisoft and we think it works really well on the Wii U. 505 are publishing it and we can’t wait to see it on the shelves.

DD: It’s also been rumoured that Straight Right would be porting another triple-A title scheduled for a 2013 release on to the Wii U. Any slight hint or tease for us, maybe?
TC: So many rumours… We’ll talk more about our future Wii U plans over the course of the next few months.

We’d like to thank Tom Crago for taking the time to talk to us.