Not all gamers dream of building and creating video games, and that’s fine – great even. After all, if we all wanted to sit around designing stuff, there wouldn’t be nearly as many people actually sitting down to play them.

But it’s good to have tools that let people who enjoy designing stuff do so while they play. One example of this we’ll call game editing, which has been around forever, even if it’s just using a specific game’s engine to perform building tasks (like Roller Coaster Tycoon or SimCity).

My wife sunk so many hours into Roller Coaster Tycoon 2, designing her park and building coasters. She has gone through spurts over the years where she spends time on video games, but usually they are of a very specific type (Sims, SimCity, Roller Coaster Tycoon… oh, and racing games, because she can generally wallop me in them). She has no interest in shooters, RPGs or general sports titles, but these games with building elements have often tweaked her imaginstion. 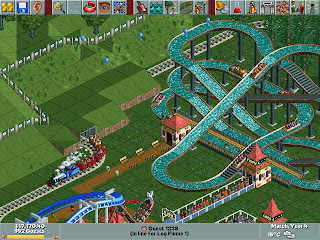 The other side of the spectrum comes from game creation engines. Not everyone can create their own game from scratch – in fact it is the very rare person who can. Games have so many different facets now, from the visuals to the code, to the music and the story design. Programs like RPG Maker and FPS Creator help fill this void. They provide a general framework, give you some tools to work with and let your imagination run wild. Believe me – I wish I had had a chance to work with an RPG Maker program as a kid when I was first fiddling around with BASIC.

This mindset is also how I got into MUDs – and more specifically how I got into building another MUD about fifteen years ago, and eventually started my own with my wife. I had storyline ideas, and while I am not what I would consider a programmer, I have had some success reading, modifying my own bits of code for the MUD using C or working with Ruby on RPG Maker over the years. I use music and graphics from other sources however, because those are definitely not areas I am strong in. 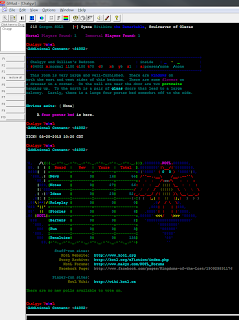 My son did some creation with FPS Creator when we tried it out and reviewed it, and he did pretty well with it for the most part. He is fourteen and the FPS is easily his favorite gaming genre. Technical problems with the software got him discouraged somewhat early in the process however. However, worse than that he did not know how to program or properly make use of all of the tools. It was just too much.

My son has also taken a few cursory pokes at RPG Maker XP in the past. RPGs are something he will play for small bursts of time, but fail to completely capture his interest. He is a bright kid, but he looks at things in these larger game creation engines and does not feel like he can do anything special or that will stand out. These tools are incredibly flexible, but without at least one or two specific skill sets, your efforts come out looking just like everyone else in the crowd. When using these types of tools, the community can often be pretty harsh. If you do not find a way to distinguish your project – and ideally not just one way but several – it feels like your efforts might be wasted. 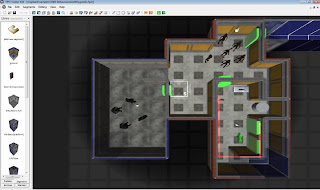 There are some other complications as well. These are frameworks that you generally work on locally. this provides other logistical concerns like sharing the content and making sure it can work in a variety of environments. Again, I would have eaten these up as a kid, but I was working on text based games in BASIC when I was nine and just showing them to friends in the neighborhood when they came over. Some amazing things can come out of these tools. Over the holidays I had a chance to play a game called To the Moon that was built on RPG Maker XP by a very small team of talented individuals. They had a goal and realized it wonderfully – but this is not an option for many gamers who have an interest in creation. 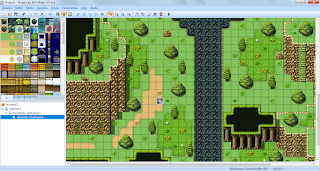 This is a long-winded way of getting to what I am most curious about for this article; those creator tools that fall somewhere in-between. My daughter and son have both made use of games with built in editors over the last several years. These kinds of editing tools have been around for a long time – I recall spending dozens of hours working with the toolkit in Neverwinter Nights about a decade ago. My younger two kids are both gamers, and both have gotten hooked on Minecraft, Roblox and the LittleBigPlanet games.

I will likely never get around to writing a proper review around either LittleBigPlanet 1 or 2 (luckily I have – ed). We have both. I have played both very sparingly now and then and with platforming games being among my least favorite genres (along with racing games), I just lose interest quickly. My younger two kids however, have sunk a tonne of time into those games. My son got pretty good with the tools, and my daughter – who is only eleven – is very good with them. 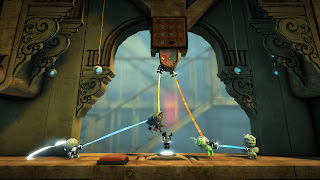 She loves Roblox on the computer that the kids use, but whenever she has access to the television she puts in LittleBigPlanet. For her this is more than just a creative outlet however – it has also become a means of socialising. She will use the headset and talk with other kids that sound about her age, and they talk about Pokemon, cats, My Little Pony and more – and then create areas based on these and more. Half the time they do not even finish their areas, but they seem to be enjoying the process all the same.

It makes sense really. The toolkit is there and powerful, graphics and sound are already part of the system and it is easy to share materials – but the level of acceptability in using these preexisting assets is much higher than someone using the RTP that comes standard with RPG Maker. Sharing what you have made and playing what others have made is easy because it is all built into a framework with sharing and community in mind. The creativity and community are both very accessible for players. 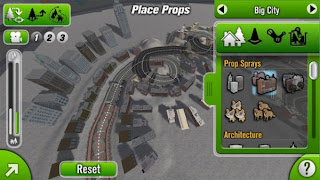 I wish tools like this had been available to me as a kid, and I think it is great seeing games like Mod Nation Racers and LittleBigPlanet giving gamers an outlet for their creativity. It also wonder if these tools might not be something more developers should look into more carefully. It seems like there are a lot of games that tack on multiplayer because it is expected now. Some games are simply built with multiplayer in mind from the beginning, like Call of Duty or an MMO.

However, I bet all of us can name a half dozen or so examples off of the top of our heads where multiplayer just feels like a bullet point on the back of the box. Bioshock 2 and Dead Space 2 are examples of slightly older games that added multiplayer components that their predecessors lacked and that gamers generally ignored. This trend has continued recently as well, with the latest God of War and Tomb Raider games getting good reviews for their single player content but for online modes that one of my coworkers described as ‘throwaway’. 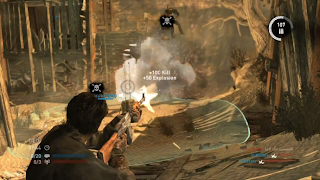 The temptation to add these online modes makes sense for developers. In an age where they lose a good deal of profit to the used game market, they want a reason for their customers to retain their copy of the game. If the single player content is exhausted, what is the reason for keeping it? One option is of course to add multiplayer, and it sometimes that works. I was a huge fan of Mass Effect 3’s multiplayer when it came out.

I wonder though, if development teams might not benefit from exploring content creation options? Obviously this might not work for every game type – but it seems like the potential is there. If Call of Duty offered map creation, or you could come up with your own trials for God of War or build your own maps in Fire Emblem – it just feels like this would give players a reason to keep those discs in their systems and homes well past the completion of the story mode and would not feel as token as some of the multiplayer games that are out there.

Developers have explored options ranging from online passes, to DLC (including controversial first day) to multiplayer as a way to keep gamers invested, but very few games use creation as such a business tool to this point. Not every gamer wants to create, but a lot of them do and lack the ability and/or resources to turn RPG Maker XP into something as impressive as To the Moon. So developers should build the tools into the games they’re already playing.

What do you think? Do you personally find editing and creating content entertaining? Would it be a reason for you to keep a game longer than you might otherwise? Or do you think I am completely nuts (always an option as well) and the benefits would not outweigh the effort?