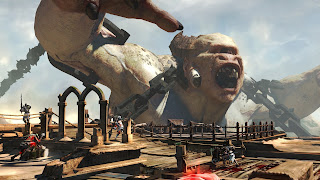 It’s rare that a game is so influential that it becomes an entire genre in itself, but God of War is one example of that rare feat. In fact, this style of brawler has become a very popular genre in the years since the PlayStation 2 original.

The problem is that when a game basically invents a genre the entire franchise becomes a difficult one to manage. Fans expect more of the same, just bigger and more spectacular. Less dedicated fans become disinterested, and if the basic formula is messed with too much there’s the risk that everyone gives up on it.

God of War: Ascension will forever be the game I use to highlight this challenge in franchise management. While I believe it is earnest in its attempt to make the franchise fans happy, the complete lack of creativity and innovation makes this a game that is going to put off anyone who was content with the original trilogy. Furthermore, in the drive to continue to escalate the action on offer, this God of War has gone so far over the top that much of what made the original games so interesting is now lost. 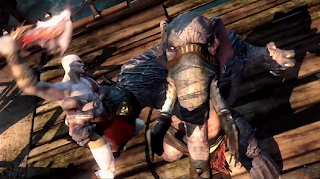 Allow me to explain. Within the first half hour of Ascension you would have fought three or four massive boss creatures, survived numerous quick time events, waded through a few dozen enemies, and spilled gallons of blood. In all that time you will also have spent perhaps one minute not killing stuff – five seconds here or there to run to the next encounter, and thirty seconds to solve a ‘puzzle’ that someone who survived a botched lobotomy could figure out.

To say Ascension is heavy on the action is an understatement of the highest order. If Michael Bay saw something like this he would be inspired to throw even less plot in his own movies. In itself this isn’t necessarily a problem. The action is incredible and visceral. God of War games feature a fluid combo system that its immediate peers and knock-offs have never managed to match, let alone better. There’s an intense satisfaction to mastering the skills lists and hurling peons around one horde at a time. There’s a sense of grisly wonder about working through ten-step quick-time events to take down a giant amongst a fountain of blood. 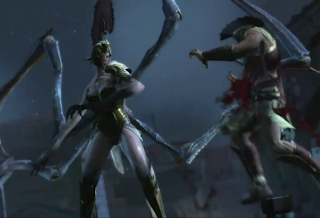 And in fairness to the game following the all-action intro it does settle down somewhat, though never enough to get more than a passing impression that the levels are actually fairly nicely constructed. It’s a pity. The brief cut scenes are intriguing but never do more than point the war machine, Kratos, at his next target. The setting of classical Greek mythology is legitimately compelling, but the sense of grand adventure is lost amongst the need to slaughter the next horde. It’s a wasted opportunity for interesting storytelling that makes even the original trilogy look positively Shakespearean.

In many ways Ascension is the finest example of its genre, and so the hardcore fans will get a real thrill out of their time in here. But there are also serious problems with this setup that make it a very weak game in many ways. Because the game is so focused on funneling players from one encounter to the next there’s almost no room for exploration, and even if it was then it wouldn’t be very interesting – the occasional ledge to climb or pot to smash aside the environments are not interactive. 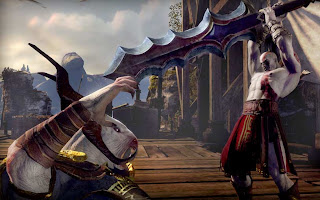 And because the game is so focused on action the game’s pacing is woefully off. The basic rule about action – be that movies, books or games – is that there needs to be some downtime for the audience to rest, recover, and mentally prepare for the next sequence. Ascension doesn’t really follow that formula and as a result I don’t feel enough was done to enhance the Kratos character or give my poor eyes and fingers a rest.

It’s a stimulation overload. For some this will be exciting, but for others (including me) it is closer to tiring. Any game that I have to physically put down the controller and walk away for a break because I have physically had too much of it in the span of an hour is a game I have to question the design of. 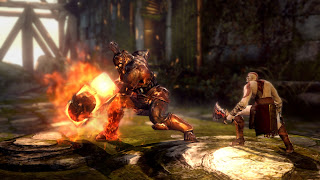 So, how do I rate God of War Ascension? It lives up to its franchise and escalates its key features over the previous title. The combo system is as fun and fluid as it ever was. And it can hardly be faulted for giving its fans what they’re probably working on. But by the same token I can’t help but shake the impression that things have gone too far with this game. Any sense of balance that the previous games have has been thrown out of the window here, and overall it is the weaker game for it.

Being completely frank; I did not enjoy this game, but I’ll go easy on it because I can see its merits for the people that invariably will.

Drakengard 3? I have just died and gone to heaven?

Nintendo’s Pokemon take on Skylanders is a masterstroke