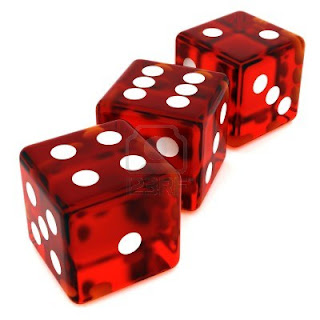 Some people (who weren’t looking that hard) have claimed that the JRPG genre has been floundering this generation, lacking both in quality and quantity.

They’re wrong. Though it can be argued that the genre’s biggest franchises (Final Fantasy) has lost its way, a little digging beneath the surface reveals a wealth of great games that are equal to, if not better, than the best JRPGs from years past.

So this week we’re narrowing down our ten favourite JRPGs this generation. By “generation” we are talking about the home consoles (yes the PSP and DS both have too many great JRPGs to count, but that’s for a later list), and the PS3, Xbox 360 and Nintendo Wii, specifically.

So in no particular order here is our list; Be sure to let us know your favourite JRPGs in the comments below!

Hyperdimension Neptunia mk. 2 – the first Hyperdimension Neptunia game undeniably had some gaping holes that made it difficult to enjoy at times. The combat system was different, but also a textbook case of why ‘different’ is not always best. The team at Compile Heart completely fixed everything for the sequel and in the process produced one of the strangest – but most entertaining – JRPGs on the system.

Atelier Meruru – I could easily have listed every Atelier game on the PS3 on this list but that would be a little unfair on the rest of the genre, so I instead picked my favourite of them all. Meruru hit a perfect balance between a refined alchemy system and interesting stuff to do when you’re not doing alchemy – something the Atelier games occasionally lose sight of. Meruru herself is also by far the most entertaining protagonist of the PlayStation 3 ladies.

Lost Odyssey – The Xbox 360 was hardly a beast in Japan, but even it had one JRPG release that deserves consideration as one of the finest in the genre. Lost Odyssey is a JRPG throwback to the original PlayStation Final Fantasy games. Spread across multiple discs is a truly epic adventure complete with traditional random battles, breathtaking music and turn based, strategic combat. If this game had have released on a console that people in Japan actually owned it would have singlehandedly dispelled the myth that the traditional JRPG is dead.

Pandora’s Tower – Our American friends are about to finally get their hands on this game, and what a way for the Nintendo Wii to go out. Pandora’s Tower’s gameplay is a little off at times, admittedly, but the story that it tells is one of the finest the genre has ever seen. It’s touching, it’s confronting, it’s poetic – there was a lot of love that went into the making of this game, and as an experience it’s almost unparalleled.

Nier – Nier of course is the game that beats Pandora’s Tower at its own game. The similarities between the two in terms of theme, aesthetic and focus is so strong you could be mistaken for thinking they were developed by the same team (unfortunately not, RIP Cavia, the developer of Nier :-(). Nier has a story that demands people play it multiple times to fully appreciate what is going on, and the variety of gameplay in this title has yet to be beaten. A true classic, and my personal favourite JRPG ever.

White Knight Chronicles 2 – This one is controversial. Many people found it incredibly boring. But one man’s boring is another man’s delightfully traditional. Aside from some MMO-style skills bars, White Knight Chronicles 2 plays out like it was built from start to finish to be a traditional JRPG. The plot, the characters and the design of the world are all traditional, literally, to a fault. But that made the game wonderfully nostalgic for me, and that online multiplayer was a nice touch.

Star Ocean The Last Hope International – True story; this is the game that finally convinced me I had to have a PlayStation 3. I was a big fan of Star Ocean 3’s scope on the PlayStation 2, and I figured that the PS3’s power would allow for an even grander experience. I wasn’t wrong. From start to finish Star Ocean The Last Hope is compellingly huge and that sense that it is never actually going to finish is delightful.

Ni No Kuni – Bringing Studio Ghibli on to a JRPG project was always going to result in good things. Playing Ni No Kuni is like having the ability to make choices in Spirited Away or My Neighbour Totoro – Level-5 absolutely nailed everything that not only makes a JRPG great, but everything that makes a Studio Ghibli film so entertaining. From the Pokemon-style monster collecting to music composed by a Ghibli veteran that still sends shivers down my spine, this game is one special production.

Demon’s Souls – I like Demon’s Souls more than Dark Souls. The two games deserve to be on the list effortlessly, but as I had to pick one, I went for the more pure vision of Demon’s Souls. Having been a fan of the King’s Field games on the earlier consoles, I enjoyed coming to Demon’s Souls as the spiritual successor of those games, and it really is; if the game had have been played in first person it would have been a King’s Field game. Dark Souls pulled the series more in its own direction, and that’s fine, but Demon’s Souls will always been the superior one in my mind.

Xenoblade Chronicles – While I don’t necessarily think as much of this game as some, it’s undeniable that it’s a quality game. Exploration is what really sets this one apart from other JRPGs; everywhere the player goes there are new things to discover and each of those discoveries has material rewards that really encourage players to scour the entire environment. The combat is dynamic and exciting and the game’s story is enjoyable. One of the finest Wii games ever made.

The weekly discussion: The worst game you’ve ever played