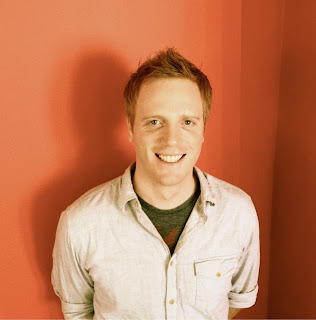 Australian developers who are looking at implementing free-to-play games have a new fund to benefit from. Tapjoy, a company that specialises in implementing in-app purchasing to free-to-play titles has set up a fund whereby it will provide Aussie developers with additional financing to help that dream game become a reality.

Naturally anything that supports the local developers is of interest to us at Digitally Downloaded, so we got Tapjoy’s Director of Developer Partnerships, Brian Sapp, to have a chat with us about why Tapjoy is investing in the Australian development scene, what opportunities it sees out here and the future of free-to-play.

Digitally Downloaded (DD): Why invest in Australian developers?
Brian Sapp (BS): We’ve known Australia has long been a leader in developing top-notch developer talent for the console gaming industry. However, with the console industry in a steady decline, many developers have shifted focus to mobile. Recently Tapjoy made a trip to Melbourne (GCAP) and was blown away at the quality of games we saw. A pain point we heard over and over again from developers was lack of marketing money to bring their games to a larger audience, as well as a lack of knowledge around F2P design, monetization, and marketing. As such, we see a great opportunity to bring Tapjoy’s expertise and platform to help Australia developers achieve their goals on mobile, so we decided to launch the fund.

DD: What kind of Australian developers are you looking for?
BS: We’re looking for high-quality, talented developers that are building a variety of games for the free-to-play mobile market.

DD: How will you be reaching out to the Australian developers?
BS: The developer community in Australia is very close, so we’re hoping word spreads through developers we already work with such as Defiant Dev, as well as Antony Reed, who heads up the GCAP conference. In addition to the local community, we’re relying on our own social media channels and the local Australian press.

DD: What do you mean when you say you’ll be offering “consultation support”?
BS: We offer our expertise on everything from game design and monetization best practices, to marketing campaigns, to how the icon is designed. Tapjoy sits in a unique space in the mobile gaming industry. We see first-hand what works and doesn’t work across thousands of games, including many of the top-grossing apps, because our ad units directly correlate to how badly users want to unlock in-game content. We learn from closely from this, and in turn, try to share best practices with all of our developer partners.

DD: How do you see the free-to-play market evolving?
BS: Well, for one it’s growing at a staggering rate, so anyone who is ignoring it is ignoring the mass mobile gaming market as a whole.

DD: There’s been an increasing resistance to free-to-play models amongst the games community. How can you improve the community reputation of the model?
BS: I understand the reluctance for developers who have traditionally worked within the console world to embrace the F2P model. Some developers believe giving away your game for free is counterintuitive. In a way, F2P is the great democratization of gaming. Users try your game for free, and if they like it, they will spend money for certain advantages (note: these don’t have to be competitive advantages). I would challenge developers to open up their thinking when it comes to F2P, as we’re just at the tip of the iceberg on what’s possible. Instead of letting F2P box-in your thinking on designing a game, truly innovative developers will use it to their advantage.

DD: Do you see free-to-play becoming the default monetisation platform going forward? Why/ Why not?
BS: There’s no question that it will be the largest, most lucrative platform moving forward. In fact we are already there. Just take a look at the top-grossing charts on iOS or Android.

DD: You support other industries beyond the games industry. What differences are there in developing and marketing game applications compared to other kinds of apps?
BS: Games actually have it easier than other apps, because everyone is a gamer. Most users will give games a shot, and no matter what demographic they are in (male 18-35, female 50-85) there is a game out there on mobile that is exciting to you, and that’s what’s so exciting about mobile gaming.

Everyone has a gaming device in their pocket with a smart phone or tablet. Also, users spend money on games. Other apps have to provide a niche value that is interesting to a specific user, which is a much harder sell. That said, gaming is revolutionizing the F2P market, and other verticals will follow, especially entertainment/Hollywood.

DD: Finally, what games are you playing at the moment?
BS: Ski Safari – Defiant Dev’s Ski Safari is a game you can pick up anywhere and the fun level is insane. We often take ‘mental health breaks’ at work with this game around the office.

Candy Crush – I was never a big Match 3 player, but this game has taken a genre that’s been stagnate for some time and made it exciting again. I hate to say it, but I’m addicted.

Super Stickman Golf 2 – I’ve spent countless hours playing multi-player on SSG 1, and now that 2 is here, it will take up all of my time!