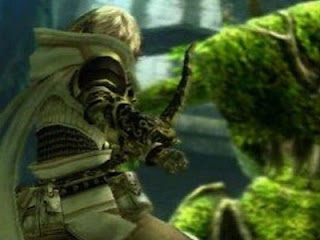 Pandora’s Tower is a game that I, a humble Aussie, has had access to for some time. Well over a year, in fact. Given that it’s about to be released, finally, in the US, we felt it was a good time to review it as the Nintendo Wii’s swan song and, as far as we’re concerned, another genuine contender for game of the year (three months in and we’ve already got three of them, with this joining Tomb Raider and Ni No Kuni. What a year 2013 is shaping up to be!)

For the longest time our American friends had been left hoping that someone, anyone, would pick this game up for release. After all, of the Operation Rainfall ‘trilogy’ – three Japanese RPGs that were released in Europe but Nintendo of America had no intention to localise to the U.S, and a group of Americans banded together to campaign against the decision – Pandora’s Tower was always the game least likely to find its way to the US. It’s the most niche and the least popular. Thankfully for our American friends XSeed has picked it up and soon, hopefully, you’ll be able to love the game as much as I do.

This is a game where context is everything, and one of those rare examples where gameplay doesn’t necessarily mean everything. Pandora’s Tower is a terrible game to play, but there’s an operatic quality to the presentation and theme of the game that in many ways reminds me of my favourite game of the last few generations, if not ever: Nier. 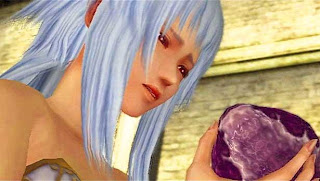 That makes this a difficult review to write. On the one hand, I loved every second of Pandora’s Tower. The problem is, I loved it despite its insistence that I should hate it. The combat (which is 80 per cent of what you do in the game) is clunky and frustrating. The camera angles are often positioned terribly, and swinging the hero’s weapon is slow and lacks impact. There’s even a noticeable delay in tapping the dodge/ block button and anything happening on screen. Finally, there’s pointer controls. Oh how I hate pointer controls for action games, and here they’re especially bad, since they’re twitchy and just happen to be tied in to the use of the chain whip, which is kind of necessary to use well to succeed at the game.

And to compound my absolute irritation with the gameplay of Pandora’s Tower, the game has a strict time limit. See, in this game, there’s a girl. She’s being turned into a monster courtesy of a nasty little curse. The only thing that can save her is the flesh of monsters. In practice this concept translates to a real time limit: score the monster flesh and get back to the girl before the time runs out, or it’s game over. But the time limit is rather strict. This means that the developers haven’t bothered to introduce the concept of exploration to the game. It’s as linear as linear gets despite looking vaguely like a Castlevania-style game that you want to explore, and there is simply no time in-game to step back and admire the world. Another unpleasant side effect to the time limit is that the in-game puzzles are astoundingly straightforward, to the point where it’s an insult to the intelligence. After all, a complex puzzle with a time limit would be ragequit-worthy. 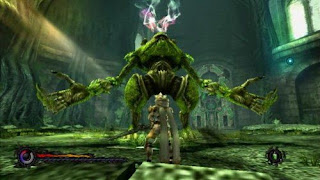 I ended up with a very strong feeling that Nintendo, having seen the successes with God of War, Castlevania on the PS3 and the likes of Darksiders, decided to get in on the action, and discovered Ganbarion was working on one of these kinds of games. But in its hunt for a clone Nintendo struck on something that in terms of raw gameplay is not a patch on the quality of those other games.

But (and this is a big but), I preferred Pandora’s Tower to those other games because once you have worked through the control frustrations and learn how to deal with the time limits, this is a darkly beautiful masterpiece and it’s impossible to put down. The closest thing I can compare it to outside of games is an opera or ballet: it’s fairly minimal in terms of straightforward, traditional plotting, but the game tells a tragic story simply by showing, not telling. The relationship between the game’s hero and the girl is subtle and genuinely touching, and the voice actors Nintendo found for this release fit the bill perfectly.

Indeed, the game is affecting on multiple primal levels. The romance between the man and girl is sweet, rather than overt, captured perfectly from the very outset. Early on there’s a bittersweet moment where, gifted with a lamp, the girl throws the hero a sad smile of thanks. That smile tells a story of desperation and lost hope that no Wii game has captured previously, and most HD games on the other consoles struggle to get right. It’s difficult to show, rather than tell stories on such limited hardware, but Ganbarion did it here. Interesting the game also indulges in some moments of sadism that clashes in an ugly but intriguing fashion. For instance, it never gets easy watching the girl, a vegetarian, gag down the raw meat she is forced to consume simply to survive. Time and time again, Pandora’s Tower tears at the soul of those playing, forcing an emotional response nearly the equal of a masterful performance of Swan Lake. 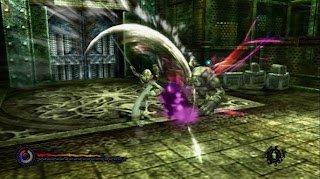 The music also has an operatic quality. It crescendos at just the right moments, and full credit must go to the Ganbarion for resisting the natural inclination for a game of this style to have a dark and menacing soundtrack. I’m thoroughly sick of soundtracks relying on power guitars to be ‘cool,’ and for the most part the score of Pandora’s Tower is soaring, delicate, and poetic. It’s affecting in itself and indeed it heightens the emotional attachment players end up feeling to the characters.

The setting, too, is one of a kind. While there’s no epic world to explore in Pandora’s Tower, the 13 towers players will explore are positioned in a castle suspended by chains over a gaping fissure. It’s intriguing and mysterious, decrepit and yet wonderful at the same time. Though there’s very little by way of NPCs to interact with, the woman that acts as the seer and in-game shop is based heavily on Gypsy mythology, and the world is, ever so subtly, a gentle play on Romani Gothica, highlighting the romantic mystery and subtle mysticism that pulls players deeper and deeper into the game’s implied lore. Frankly, Castlevania could learn a thing or two about how to make a point without battering the player with a sledgehammer from this game. 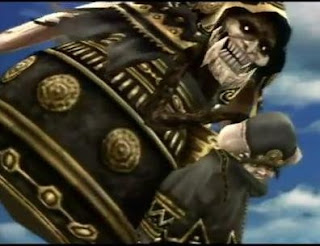 Most of all, though, Pandora’s Tower reminds me of a simplified, combat-heavy take on Nier. There’s the same protectionist story of a defenceless girl and hero way out of his depth. There’s the same soaring music score that is both inspirational and poetic. There’s the same unrelenting grimness to the world that is claustrophobic and tense while never straying into cheap horror. It’s not as well made as Nier, and where Nier was guilty of trying too many things with its gameplay, Pandora’s Tower fails to get even one basic combat system right, but I’m firmly convinced that the game itself is not the point of this game (how’s that for a mind twister). Pandora’s Tower is an audio/visual experience that, like opera or ballet, is high art, rather than easy consumption.

I could very easily give Pandora’s Tower a very, very low score. But I’m not going to. The games industry needs to learn to reward developers that try to be genuinely different and push boundaries. Now that I understand the full weight of Ganbarion’s vision? It’s well, well worth struggling through the woeful gameplay for that experience.

– Matt S
Find me on MiiVerse: WaltzIT
And also on Twitter! @DigitallyDownld

Atelier Totori Plus now on US PSN; Go download and be merry