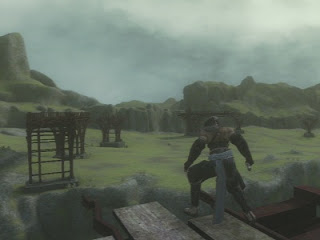 Without doubt Nier is my favourite JRPG this generation. Everything about the game – the plot, the music, the visual style and the gameplay variety all gelled with me in a way that most people missed, judging from the less-than-stellar reviews and weak sales.

If you haven’t played it yet, it should be quite cheap to pick up a copy, and it’s a game that I think anyone with a PS3 should try (there’s also an Xbox 360 version, but I haven’t tested that). There’s every chance you won’t like it either, but there is the possibility that it will ‘click’ for you the way it did for me, and then you’ll not have missed an unforgettable game.

In the meantime, enjoy the video!