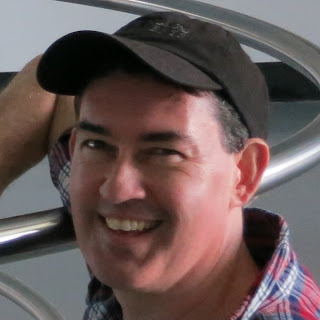 Right Pedal Studios is a new startup company, designed to help up-and-coming developers fund and then publish their dream games.

What makes the company so interesting is that it will be focusing right in on one of the real emerging trends for the games industry in Australia. While the days of big Australian studios producing the likes of L.A Noire might be numbered, the likes of Firemint (now Firemonkeys) and Halfbrick have shown that Australia has some of the most innovative minds when it comes to producing the games for the new kid on the platform block; the many mobile devices out there.

John Passfield is the Program Manager at Right Pedal Studios. One of the veterans of the Australian games industry, Passfield was previously the Creative Director at Pandemic Studios (which produced Lord of the Rings: Conquest and The Saboteur, among other titles, while he was there). Before that he was the Design Director at Krome Studios (most notable for Ty the Tasmanian Tiger in Passfield’s time). Now he is bringing that industry experience to Right Pedal Studios to help other game developers get their start.

Passfield sat down with Digitally Downloaded to discuss why the big opportunities in Australian games development are in mobile, as well as some of the challenges that startups face in the market.

Digitally Downloaded (DD): What inspired Right Pedal Studios?
John Passfield (JP): Brisbane is home to a number of seasoned game developers as well as some big players in the global mobile games scene, so mobile games is now a core part of the DNA of our local industry. There are also a number of existing accelerator programs that are about fast iteration and fast returns, and this model works well with mobile games which, compared to console games, are all about high iteration, fast development times and potentially high returns. These factors, and founder Steve Baxter’s desire to grow the local tech industry have all fed into the inspiration behind Right Pedal Studios.

DD: Finding funding for game development projects has always been a challenge for Australian developers. Why do you think that is, and how is that changing?
JP: The games industry is a hit-driven industry, so funding a single game is risky. Traditionally Australian developers would have to sign a deal with a larger publisher to get an advance against royalties to build games. That would come with many conditions like assigning over 100 per cent of their IP, or agreeing to be a work for hire shop and develop licensed IP for the publisher. In many cases it was a very hand to mouth existence that led to the downfall of many larger Australian studios when the global financial crisis hit and publishers stopped funding local studios. Getting funding post-GFC has been very difficult.

What we’re doing at Right Pedal Studios is funding many mobile games so we can spread our risk over a portfolio of games.

DD: Is funding the only challenge that Australian start up developers face? Right Pedal Studios seems to be heavily investing in education initiatives as well; what is the reasoning behind that?
JP: No, funding is just one component. I see the biggest challenges facing developers at the moment are game quality and discoverability/ marketing.

The key thing a developer needs is a super polished quality game that people love. Once they have this, the challenge is getting it discovered. Funding is a great help in both these areas as game quality is all about spending time to iterate an polish your game. Quality in turn affects marketing as no matter how much marketing you do, if your game isn’t fun then people won’t recommend it to their friends.

So a big part of Right Pedal Studios is pulling together all the knowledge we and the mentors have in regards to making and marketing games and educating the teams in order to fast track them to success. Collectively we have all made mistakes making games and we want the teams to be aware of the dead ends and encourage them to avoid them. We also want the teams to focus on the things that will have the biggest impact on their games chance of success.

DD: Why have you decided to focus on funding mobile game development?
JP: Mobile games have a faster development time than console or PC games (Temple Run, the smash iOS game, was developed in five months), the user base is massive, the audience welcomes and rewards diverse games, and the delivery platform of iTunes and Google Play are very open compared to Steam and console market places.

DD: You’ve also brought together some of Australia’s most experienced game developers as mentors – what value will that bring to Right Pedal Studios?
JP: The amount of experience that our mentors bring with them is immense. Being able to talk to these experienced and successful developers about the things that they excel at will be invaluable to the teams.

DD: How do you see the Australian games development industry developing into the future?
JP: I think the days of big studios making licensed IP for major game publishers are pretty much over. So many of these developers have gone indie and are finding success on new mobile platforms that I think we’ll see a renaissance of smaller studios making really interesting original IP for the next few years. I also believe we’ll see some exciting 3rd party platforms emerge from Australia, like Halfbrick’s Bricknet for example – http://www.cnet.com.au/fruit-ninja-dev-building-up-bricknet-339341890.htm

DD: What are some of the most exciting industry trends that you have your eyes on?
JP: I try to keep my eye on everything that is coming out – but I have no idea which will be the next major trend – which is why I keep my eye on everything! Just a few of the things that excite me are the plug and play Android console boxes like Ouya, the Steam Box, Apple TV, the potential for VR to make a return with the Oculus Rift… and these are just a few things.

DD: What advice would you offer an Australian looking to become involved in the games industry?
JP: There are two things for you to do – 1) Start making games and 2) Network! Making games has never been easier, download Unity3D or Corona SDK and start building today. There are so many resources out there with sample source code, free assets and tutorials that you have no excuse. And meet other developers by joining the IGDA groups on Facebook, then attend local game developer meet ups.