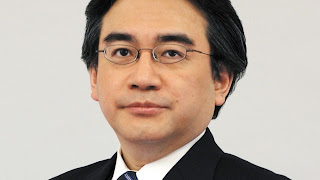 Nintendo has just hosted its most interesting Nintendo Direct online event in its history, and it’s as interesting for what was not said than what was.

Company President, Satoru Iwata, essentially said on numerous occasions that “we’ve got nothing for the Wii U.” Nothing to release in January and February. Nothing to show for some of its most anticipated games, such as Bayonetta 2 or Smash Brothers on the Wii U. Nintendo confirmed that it is working on new 3D Mario and Mario Kart games, but nothing to show at this stage.

At times he apologised for not having much to show, and explained that the games were all big undertakings and Nintendo wanted to take its time to make sure they were up to scratch. It’s a fair call, but reading between the lines and it paints a somewhat worrying picture: Nintendo, a company with no HD console development experience, is struggling to pull together a steady lineup of games for the fans. Some of us had expected this might happen – after all, jumping from handheld and SD console development into HD is a big task, and no one can afford to simply double resources to keep on top of things. No, Nintendo is on a very steep learning curve right now.

Which brings me to the real key to Iwata’s presentation; Nintendo is going to tackle this problem through outsourcing. It’s going to farm out its most valuable resource – its masses of IP – to collaborate with other developers and publishers to keep the flow of games coming.

Only one game was announced in the Nintendo Direct – a Shin Megami Tensei collaboration with Fire Emblem (I wet my pants at that announcement, I’m not ashamed to admit it either), but you can guarantee that Nintendo is in talks with Tecmo Koei (Mario Warriors?) Capcom (Monster Hunter, staring Link?) and various other publishers that it shares close ties with.

I think it’s a breathtakingly elegant solution to a very real and potentially crippling problem for Nintendo. Not being able to keep a steady flow of software to the Wii U so early on could have buried it, so by building partnerships with these developers and publishers Nintendo kills a couple of birds with one stone – it gets those those parties comfortable with Wii U architecture (thus potentially generating more games down the track), and it gets more game announcements and releases right now.

As a nice side bonus, fans love collaborations, so well done Nintendo, it looks like you dodged a bullet there.

PS 1) I am less than amused that I need to pay money to re-download my Virtual Console games on to my Wii U just for the privilege of playing them on the GamePad. That’s horrible form, Nintendo.

PS 2) Thanks for announcing GBA Virtual Console games. I loved that console.

Multiplayer is killing the horror genre