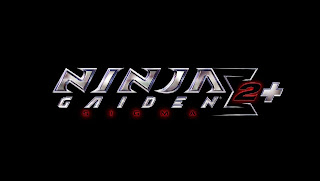 Back in the early days of Vita’s launch, one thing that it wasn’t lacking in was great games to play. But one of the early titles that slipped onto the portable quickly after release was Ninja Gaiden Sigma Plus. In our 4.5/5 Star review here at Digitally Downloaded, our Editor-in-Chief, Matt S., had this to say:

“Chances are you’ve played this game before. You should have. It’s a great game. The real selling point here is the fact it’s portable. That may or may not be enough for you. It was for me, and I personally consider this to be the definitive version of the game.”

For this long time Ninja Gaiden fan, the Sigma series is the best version of Itagaki’s Ninja Gaiden titles and are treasured games in my large gaming collection. Having the original Ninja Gaiden play beautifully on a portable device makes that device all but invaluable, seeing how it’s one of my favourite games of all-time. So, if you’re like us, you’ll be just a pleased with a recent post over at Joysiq – letting us know that Ninja Gaiden Sigma 2is also getting the “Plus” treatment and will be slicing onto U.S. Vita on February 26, 2013 and following shortly behind in Europe on March 1st.
Ninja Gaiden Sigma 2 Plus comes equipped with a host of new costumes for the female playable characters (Ayane, Momiji and Rachel), as well as a few brand new modes. Tag Missions allow you to swap between two playable ninjas at leisure throughout them and Ninja Race is a, well, Mario Kart-esque styled gameplay that finds you collecting items to increase your speed/power to take down enemies. The Vita-specific touch/gyro controls will make their return, as well as the return of the Hero Mode, which tones down the game’s brutal difficulty for those who want to experience this awesome title without sweating bullets the entire way through. In short, if you’re a Ninja Gaiden fan or one who’s always been curious about what these games are all about and own a Vita – it’s going to be a great start to the New Year.
Share this