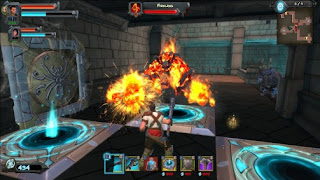 Here at Digitally Downloaded, we have been fans of Orcs Must Die!  There is a lot to love about the games.  They blend some action mechanics with a solid tower defense gameplay and some high replay value mixed with humorous dialog.  I scored the Orcs Must Die! 2 a 4.5 out of 9 stars, and if you are interested in the review, you can find that here.

At roughly fifteen dollars, there was so much to do that Orcs Must Die! 2 was a very good value.  It gave you plenty of maps, traps and modes.  So when an expansion pack was announced for it, we posted about it here and got some good questions about whether or not the new content would justify the five dollar cost.

First, here is what Fire and Water gives yout:

* New Levels to Defend – The fight for survival isn’t over yet! Battle your way through three exciting new levels in single-player or co-op – Traffic Jammed, Double Decker, and The West Wing.
* New Endless Mode Conversions – Think you’ve mastered Endless Mode? Think again! The Fire & Water booster pack features three new Endless Mode level conversions to hold your ground on – The Library, Double Decker, and The West Wing.
* Terrifying New Enemies – Prepare for a whole new challenge when you face off against the harrowing new Fire and Water Elementals!
* Exciting New Traps – Add some deadly new defenses to your Spellbook with the Web Spinner, Ceiling Darts, and the Floor Portal!
* New Bonus Skull Definition – Can you hold the invading monsters at bay without traps? Prove your mettle by playing exclusively with weapons and you’ll add another bonus skull to the pile at the end of each level. 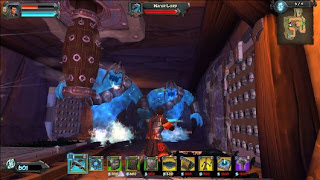 Having had a chance to spend a bit of time with the new content, I can say it is well made and fits perfectly within the existing game.  Now, the question of value – and this will probably largely depend on the audience.  You can get through what is here fairly quickly, and while this is a somewhat low cost expansion in and of itself, when you compare it to the price and content of the original game, it does feel just a bit lightweight.

My verdict?  If you are a huge fan of the original and just want another reason to go ahead and kill some more orcs?  This is an expansion I had no regrets playing.  If you are just a casual fan who only loads it up once in a while, there might not be enough meat on this particular piece of DLC to justify it being one third of the actual game’s price.

Mugen Souls and the difficulty of reviewing niche games