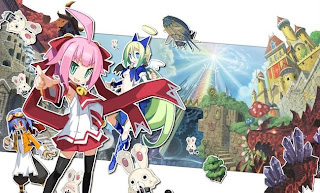 I’ve tried writing a review for Mugen Souls a couple of times now, since ploughing through it. I’ve sat at my computer staring at a blank screen with not a clue how to actually review this game. I’ve tried writing under the influence of coffee, and then beer. Neither stimulant nor depressant has helped with the fundamental problem: How can a single review from a single author possibly encompass how dividing this game is?

More specifically how can I, as a fan of the whole Otaku style JRPG, possibly provide guidance on a game that one person in a million (if that) will genuinely enjoy? I’ll still give it a crack – expect a review in a few days – but I think Mugen Souls highlights a very real issue when it comes to how we as critics approach game reviews. That issue is that there is no standardisation towards game criticism. I like to classify game critics in one of two camps: on the one hand there’s the “relativists,” that understand that games are built for specific audiences, and they review a game with a mind for that specific audience, rather than some random person with no interest in the genre. On the other are the “absolutionsts” – these critics tend to believe that games can only score highly when they appeal to a broad audience. A niche audience means a game that the critic can’t recommend, because most people won’t enjoy it.

I do believe that the “relativists” have the right understanding on how game criticism should work, but I’ll get on to that in a moment. First though, Mugen Souls. I’ll leave the summary of the gameplay pros and cons to that review, but the fundamental issue with reviewing Mugen Souls is the very premise of the game. Mugen Souls is bat-**** insane, and that’s putting it lightly. There’s not a thing in this game that was not dreamed up by some creative guy over at Compile Heart smoking some industrial strength hallucinogens. The very opening scene of the game summarises what to expect from the rest of the game pretty nicely:

It’s weird, it’s twisted, and to a small group of gamers, it’s deeply funny. But this is also a game that pushes boundaries so far that it had scenes removed from the American release because NIS America was worried that it would get the game banned from sale in the US. Almost all this weirdness does fall squarely in the category of “Japanese humour that outright offends most westerners,” if we look at it objectively. And really, it’s where you fall on either side of this scale (amused/ offended) that will determine whether you enjoy the game or not. The actual gameplay is almost inconsequential – if you get hooked by the game than the gameplay’s weaknesses are easily forgiven, but if the opening scene managed to weird you out then the depth of the game isn’t going to save it for you. 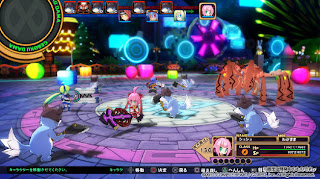 In other words, it’s so extreme in its application of weirdness that there’s really no room for a middle-ground. You’re literally going to love Mugen Souls, or wish it and anyone who enjoyed it is removed from functioning society.

For my part, I fall on the side of “love it.” It’s so ridiculously over-the-top that it’s a special kind of charming. The Atelier series, or Hyperdimension Neptunia (by the same developers, no less) are, as Otaku JRPGs, out there themselves, but they’re nothing compared to this game. And I suspect that because the game is so crazy, it is alienating enough that even fans of niche JRPGs might find themselves affronted by Mugen Souls.

Which brings me back to my original conundrum: how do you fairly review a game that has no middle ground? Do I side with the vast majority, and give it a ‘bad’ score and criticise it for being too obtuse, too sexualised and too crazy for its own good? In doing so I’ll be effectively claiming that it is a bad game, but then again, perhaps a game that only appeals to a small niche is a bad game. 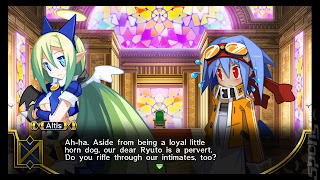 Or, do I recognise that for all its weirdness, Mugen Souls is actually a well made game that never pretended that it wanted to appeal to the masses? If we’re to accept that games can be art, then we as critics should be willing to accept that a game is not objectively bad if it’s the equivalent of a strange foreign language film. Film critics are able to realise that the audience for a film like, say, Chungking Express (the most wonderfully weird film I’ve seen, to be sure) is different to those that go to watch The Avengers, without marking the former film down for it.

And yet when I look at the way the majority of game critics look at games like Mugen Souls I see almost no attempt to recognise this polarising effect. At the moment the critical body seems to merely assign an ‘average’ number (say, around 60-70) to games that are built for specific niches. It doesn’t matter how well made these games are, critics feel compelled for some reason to use a low review score as a “warning” that a game is not for everyone. It’s not just Mugen Souls or other Otaku JRPGs that suffers for this – Tecmo Koei’s Warriors games is another great example. These games usually fall in that same score range because the appeal of those games is limited to a specific group of people.

Meanwhile, those games designed for the dominant gaming demographics have scores that are elevated – an average FPSer, for instance, is given the same score as Mugen Souls. 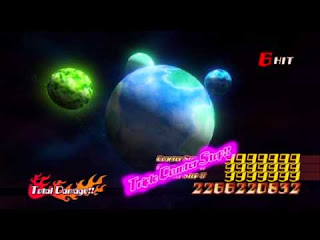 Metacritic is an imperfect way of judging these things admittedly, but let’s consider it this way: Mugen Souls (at time of writing) has a Metacritic score of 70/100. That puts it above just about every Otaku JRPG I could think of – it’s ahead of Atelier Meruru and Rorona (though somehow Atelier Totori has a slightly higher score). Mugen Souls is also a better game on critical average than Hyperdimension Neptunia mk 2, Legasista and Ar Tonelico Qoga. So as far as the body of game critics are concerned, Mugen Souls is essentially the premier Otaku JRPG.

Now consider this: Mugen Souls has the same average Metacritic score that a game like THQ’s FPS, Homefront, has. Does anyone think that Homefront is anything more than a painfully average FPS?

Just to clarify: I’m not suggesting that every game should be rated highly because someone, somewhere, enjoyed it. I rather liked Eldar Saga on the Wii, a game with a Metacritic of somewhere around 30, and I can understand why that game got that score. It features a number of broken game mechanics, for starters, and it does not compare that well to other games in its genre. But, when a game’s only fault is it was not made to be a blockbuster, then it strikes me as a real problem with the critical process that the game ends up with an “average” review score.

This inconsistent application of game scores is a facet of game criticism that really needs to be fixed. Games should not be judged on whether they will appeal to the same folks that stick to the yearly FIFA and Call of Duty games. Games should be judged based on how they will appeal to the people they were designed for. I can agree with the Metacritic score that Mugen Souls is one of the finest Otaku JRPGs developed this generation. What I can’t agree with is that the finest Otaku JRPGs are only “as good as” the dredges of another, more mass-market genre.