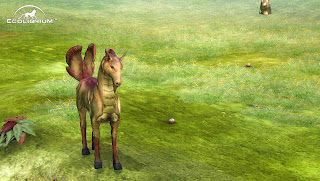 It’s funny how it works. Just the other day I made a post about how the Vita has a range of great little applications and games that made the console great value, even without buying a game. And the day I make that post later Sony releases Ecolibrium, which is not only free, but essential.

On the most basic level, it’s a simulation management game. Players are tasked with taking a barren environment and building it into a thriving eco-metropolis. It starts with the plants – there are three resources to manage – foliage, moisture and minerals, and it’s critical to balance these three resources so that the environment is not deficient in any regard. Unbalanced ecosystems lead to.. less pleasant effects. 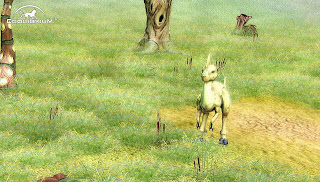 The animals are all alien creatures that are not found in the real world, but they do look similar enough to real-world equivalents that, stealthily, Ecolibrium teaches players about environmentalism. If something goes wrong – if one group of animals becomes dominant, the entire ecosystem can be ruined by over-population and over-hunting, and watching the fallout and destruction can be quite frightening. This is a game with a real message to get across, though it’s never so heavy-handed to turn into a lecture; there’s in-game purpose to the environmentalism, too – you’ll need to check back on the environment daily to make sure that nothing is going wrong with your digital ant farm.

As a game it works very much like the FarmVilles of the world – you’ll need to wait for your points score to build up before you can plant a new tree or introduce a new animal to your ecosystem, and naturally you can shell out some real money to expedite the process. It’s not necessary to do this, but some people do lack patience. 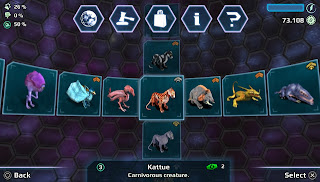 But Ecoliburium differentiates itself in a number of ways. As I mentioned before, this is by far the most important Vita game yet, in terms of making a real statement. Where FarmVille serves no purpose whatsoever, the developers of this game clearly wanted to get people thinking about ecosystems and sustainability with this game, and they’ve effectively done that. The developers do understand that the most effective education is gamified education though, and Ecolibrium is anything but a dry title.

As a game, Ecolibrium also enjoys seriously impressive production values – the first thing you’ll notice when you play for the first time is just how great it looks on the Vita’s gorgeous screen. Indeed, the game trumpets a photo-taking feature, with easy upload to Facebook to boot. Carefully tending these ecosystems is a bit like building a garden up – ecological block by ecological block, you’re watching dull earth grow into something vibrant and colourful, and it’s hard not to develop a sense of pride about your ecosystems. Being able to share photos of them was a basic requirement, but it’s nailed here. 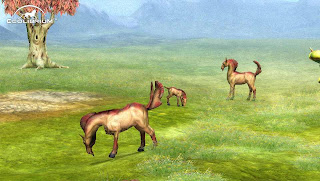 If that wasn’t enough, there’s also a bevy of social features that take real advantage of the Vita’s strengths. Let’s start with the scoreboard – the perfect way to get people instantly engaged with one another. There’s real encouragement to get out and about with the Vita too. Every so often a new species of animal will pop up. The problem is, before you can add it to your ecosystem, you need to find it first. A radar pops up on the screen, and you need to navigate in the real world to the spot where the blip tells you the critter is hidden. It’s such a simple feature to add in to the game, but it helps engagement wonderfully.

And, finally, this is a relaxing game to play. The ambient noises are serene and the pace of the game is so sedate that you’ll never feel stressed in Ecolibrium. This in turn gives you plenty of time to just watch your ecosystem at play, take photos, and otherwise sit back and chill. It’s difficult for a game to be so sedate and yet engaging, but that’s exactly what has happened here.

Without spending money to hasten the process of populating your ecosystems, Ecolibrium is a very slow-paced title, taking literally weeks to build up properly. Far from being frustrating, I can’t think of a better reason to pick my Vita each day.