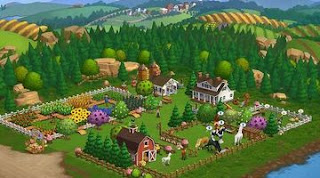 It’s no secret that Zynga, once the paragon for social gaming, is facing some significant difficulties, having seen its share price plummet and losing some of its key executive staff. That law suit from EA won’t help either.

If one single game was going to be able to reverse its fortunes, that game would have been FarmVille 2. The original Farmville was what launched the company to its initial lofty heights, after all, and that game maintains a significant userbase even now.

But times change, tastes change and FarmVille 2 is a different game in a different gaming climate. I’ve had a quick look at all it promises, and I’m not sure Zynga has taken it in the right direction.

Before I explain why, consider the two elements that made the original FarmVille popular: its accessibility – even to people who had literally never played a game in their life, and its viral nature. Exploiting the ability for applications to make posts on Facebook user’s walls, FarmVille was everywhere at one stage, with everyone inundated with their friend’s newest crops and other exploits. Because FarmVille was everywhere, joining in felt like a very social experience – it wasn’t so much that you were playing a game, as you were hanging out in a virtual space with a bunch of friends.

But then Facebook put a stop to all that, and Farmville (especially for non-gamers) dropped off the face of the planet completely. Even though there remains a dedicated community, it’s becoming a game that is increasingly difficult to find, let alone get involved in, and it feels like a far more solitary experience than ever before. None of which is good for a game that is, at core, so simple.

This bodes badly for FarmVille 2. Zynga has struggled to bring its games to the tablet and phone platforms (where the community for these games has largely fled), and so even making people aware that there is a FarmVille 2 is going to be a struggle in the early days. Those that do stumble over the game are not likely to spend money on getting the coolest virtual stuff, either, because who will they show it off to?

But that problem pales compared to the next one – Zynga’s gone and made FarmVille 2 into a game. The original FarmVille was not a game – it was a collection of cute characters and clicking. With a simple interface and basic graphics FarmVille replaced Solitaire as the “lunch-break” game: it’s entire appeal was wrapped up in the fact that it was a passive experience.

But look at the new Farmville: it has 3D graphics!: 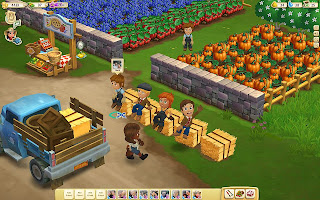 Pretty? Yes, but more complex, and so it’s going to alienate the same audience that made the first FarmVille popular. And to make matters worse the sequel has real gameplay now, too. To quote gamesindustry.biz “Zynga has added in a bevy of new features, including a complete crafting system for making food products that can be sold in a roadside stand. Players deal with raising animals, tending crops, and creating products, all while decorating their farm with a much more fluid control system…Story elements and characters have also been included to give players much more of a sense of being in a world.”

Has Zynga completely lost its mind? It’s taken the passive Farmville and turned it into some watered-down Harvest Moon game. Now, I’m a huge fan of Harvest Moon, but that series doesn’t exactly light the sales charts on fire.

With FarmVille 2 Zynga has asked players to be actively involved in the game, and this is a terrible mistake. These games are never going to be attractive to “real” gamers, so why try and pull them in? Zynga has a game publishing capability now and has games like Horn for the hardcore.

I hope Zynga can pull it all around and make FarmVille 2 a success when it really doesn’t look like it can be. As a way of introducing non gamers to gaming, Zynga is playing a vital role in helping the growth of the games industry. It would be a shame to see them fail.