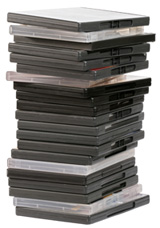 Welcome, once again, to the weekly feature Game Bundles Of The Moment! This week we are looking at a handful of great indie bundles that round up to two handfuls of great indie games. Also, there are some spells to be thrown into the mix.

First up is what many would consider the heavy-hitter of the week, Humble Indie Bundle 6. The standard pay-what-you-want bundle contains Rochard, Shatter, Space Pirates And Zombies (SPAZ), Torchlight, and Vessel along with those games’ soundtracks (minus Vessels soundtrack). Paying more than the average (hovering around $5.60 US as-of-writing) will nab you Dustforce along with that games soundtrack.

As always, most of these games were critically acclaimed and many individuals have already thrown their two cents into the jar, so let me do the exact same with Shatter and Torchlight. Shatter is, to put the game bluntly, the best Breakout clone ever. The game is quick, flashy, unique, and feels so damn good to play. And remember that this is coming from someone who never found Breakout much fun; I’ve always found normal Breakout to be a bit too slow and uninvolving. Shatter entirely fixes that problem and does it with an enormous amount of style. As for Torchlight, that game is the epidemy of Diablo clones. This is a gift and a curse; while everyone who disliked Diablo clones will find nothing for them in Torchlight, everyone who had even a small amount of interest in some Diablo clone of any sort will come to like the game. And a side-note on Dustforce: while I have not played the game, Robot Science is on the soundtrack. Although he seems to have ended his career, he did compose some fantastic down-tempo electronic music.

The next bundle is Bundle In A Boxs Deap Space bundle. For the minimum of $0.99 US you get Space Giraffe, The Wreckless, Dark Scavenger, Armalyte, and the Bundle-In-A-Box exclusive Death Ray Manta. (DRM! Get it?) Paying above the average (currently around $4.60 as-of-writing) will also net you Sol: Exodus, Miner Wars Arena, RobotRiot, and Armalyte Extras. As these games truly the indie of indie titles, I have not played them and cannot comment on them. However, I can comment on another title of Space Giraffe developer Llamasoft, that game being Gridrunner Revolution. The game firmly lies in the, “LOOK AT ALL OF THE PRETTY COLORS!!!” genre of 2D shooters and I loved every second of it.

The third bundle for this week is Indie Royales Back To School Bundle. For about $5.45 US (again, as-of-writing), this bundle comes with Swords & Soldiers along with its DLC, Lunar Flight, Sequence, Flying Red Barrel, Qlione, Cute Things Dying Violently, and the Indie Royale exclusive Bunny Must Die! Chelsea And The 7 Devils. As a mjority of these games are surprisingly new (released within the last year from what I can tell), I do not have many opinions on these games. However, Swords & Soldiers was an entertaining yet simple real-time strategy game and several of my friends have recommended the role-playing-game-crossed-with-Stepmania Sequence.

The final bundle for this week is Steams Spellforce Complete. A somewhat hefty $13.59 US nabs you Spellforce – Platinum Edition, Spellforce 2: Faith in Destiny (along with the digital extras pack), and Spellforce 2: Gold Edition. Once again showing that I really need to plow through my backlog, I have not played any of these games. However, their Metacritic scores do not make these games out to be spectacular nor do they make them out to be wastes of time either.

And that is all for this week! Tune in next week where we hopefully see some bundles on more mainstream games and save more money as always!

Rayman Jungle Run swings over to the App Store