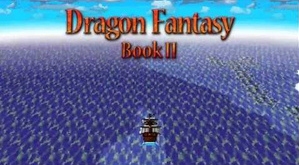 Sony’s PlayStation Vita might be the most powerful dedicated gaming handheld in existence, but its power isn’t what we’re all excited about here at Digitally Downloaded today. No, instead we’re excited to blast back to the 16-bit pasts of our childhood memories.
Courtesy of the PlayStation Blog, today we’ve found out that Muteki Corporation’s sequel to their 8-bit indie RPG hit Dragon Fantasy will be sailing onto the shores of Sony’s PlayStation Network in Early 2013. Yes, with a bit of help from SCEA’s Pub Fund, Dragon Fantasy Book II aims to charm your questin’ soul with its old-school visual appeal – they’ve brought Mode 7 effects back! – and classic gameplay elements.
Not only is one huge nostalgic adventure awaiting us, but we’d recommend being nice to your friends over the coming months too, as you’ll want them around for some Secret of Mana (SNES) styled co-op action. If all your friends aren’t Vita owners, then there’s no need to worry, because Dragon Fantasy Book II will land on the PS3 right alongside it – Cross Buy is in the plans as well!
While the wait might seem treacherous, if you haven’t experienced the fantastic 8-bit worlds of its prequel, Dragon Fantasy, then you can buy it on the cheap for PC/Mac through here, or for iOS here.
Share this