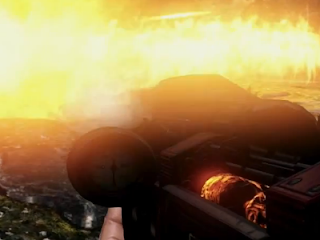 Well, here is one thing I thought I would never see; on the first day of Quakecon 2012, it was announced that the 1995 cousin of Wolfenstein 3D, Rise of The Triad, is getting a sequel/remake scheduled to hit Steam later this year.

I’ll admit that this one came out of the blue. Then again, the situation to announce a sequel/remake to Rise of The Triad is ideal; the military FPS is declining, nobody really knows what kind of game will fill that gap, every PC gamer that would remember the old title is gathered together, and the studio handling the project has yet to prove they can make games which can sell. Regardless, Interceptor Entertainment is creating a successor to the well-liked Rise of The Triad and here is the first trailer;

The trailer contains explosions, guns, body parts, castles, death traps, the classic Flamewall weapon, the Excalibat (it is real, look it up), and, most importantly, shiny coins. Ah yes, shiny coins. What would video games be without very shiny things that can lead obsessive-compulsive people to panic constantly? Must…get…shinies……
…Anyways, here is the full press release for the game (taken from Rock, Paper, Shotgun, the official site is down at the moment of posting);
Considering that I’ll probably be having another old-school shooter itch in a few months as that seems to be the case, I am hoping this game will fulfill my desires. Also, the game has coins. COINS!!! I NEED MY COINS!!!
Share this

Lollipop Chainsaw and anti-sexism: why Juliet Starling is so important