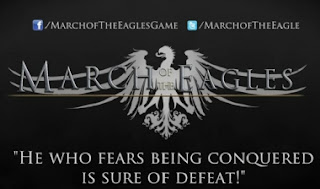 – A Decade of Fire: Rule a major European power from 1805 to 1815 and ride out a decade of tactical innovation and strategic duplicity.

– Manage Great Men: Take advantage of your generals’ unique skills to be sure they are in the right place when rival armies meet.

– Manage Great Armies: Recruit vast armies from your population or build a navy to contest the rule of the seas.

– The Velvet Glove: Build coalitions to strengthen your hand and use diplomacy to undermine your enemies

– Logistics and Tactics: An army marches on its stomach, so keep your supply lines secure while your forces master new tactics and new modes of fighting in an era that revolutionized warfare.

– Mutiplayer: Up to 32 people can go online and duke it out for mastery of Europe.

Now, this doesn’t answer my fundamental question: is this the Grand Strategy game where you can finally stop Napoleon from insanity and decide not to invade Russia, but it sounds good nonetheless.