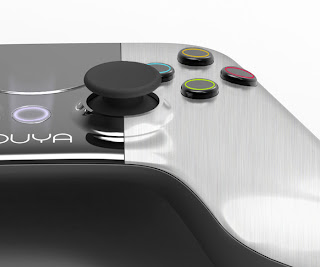 Ouya is proving to be a bit of a big deal. Its Kickstarter program shows there is a lot of support for the very concept, and Sony, Nintendo and Microsoft should be very concerned.

It’s not the first indie project, of course, and it won’t be the last, but Ouya has a better chance of making some real changes happen in the games industry. To start with, it’s a remarkably simple, but intelligent idea – iPad and Android gaming is hugely popular, but people complain there is a lack of buttons. Add buttons. ???. Profit.

Internet meme aside, it should have been obvious to anyone that follows the games industry that “adding buttons” to smartphone/ tablet gaming in a mass-market kind of way would be dangerous for the established incumbents. There’s been some attempts in the past to produce controllers and the like for gaming, such as the 60beat controller for the iPhone/ iPad, but these struggle to get market traction for a simple reason – they’re not “official” and so the software support is just not there.

But what happens when you design a console around the smartphone/ tablet approach to game development, but mandate buttons? That’s a different beast entirely, and given that Ouya is going to be sold cheaply, I can’t see it failing to pull in gamers from all camps – people who spend a lot of money on touch screen gaming will appreciate the ability to relax with a controller at home, and console gamers will appreciate the wide range of gaming experiences available through these platforms.

It’s also important, I think, to consider the design of the console itself. Many indie projects struggle from a lack of resources to turn their ideas into ‘X’ factors – Nintendo, Sony and Microsoft all understand design really well, so their products stand out on the shelves and people aren’t embarrassed to have them in the living room.

But Ouya’s got that as well. That controller image shows that the folks behind this console really understand that style is as important as substance when it comes to marketing. This is a console designed to sit against the incumbents on the shelves, and Nintendo, Sony and Microsoft are all going to need to work hard to prove they offer enough that Ouya isn’t simply enough.

What are your thoughts on Ouya? Is it going to be a console revolution? Will you be buying one? Why/ why not? Sound out in our comments below! (and don’t forget to sign up for our rewards program while you’re at it to earn free games).

Kickstarter kicks into gear for Ouya: a new console with heart