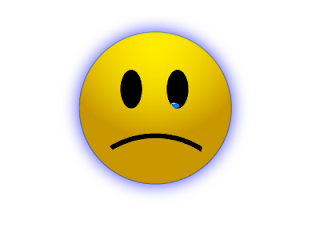 This generation has put up some truly amazing games – both high profile and niche. But, of course, it has also put up some real disappointments. Games that should have been great, or looked great in the promos, but didn’t follow through with the promise.

There’s arguably been a lot of them this generation, but here’s the ten that I would say are the most disappointing – for a variety of reasons. Sometimes, they’re still good games, but couldn’t live up to all their promises. Other times they’re genuinely bad games. I’m keen to hear what games you have found disappointing, too – let us know in the comments below! 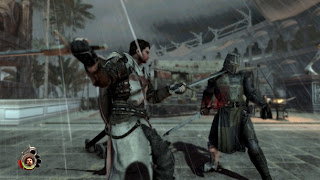 Let’s kick the list off with the single greatest disappointment in this generation. The Cursed Crusade is a genuinely great idea, and promised highly strategic combat, an intriguing plot in one of the most fascinating eras of wartime history, and a bit of religious horror to boot.

It promised great buddy online team play, too, with the story starting two unlikely heroes brought together. But, most of all, it promised the ability to assault and capture entire castles. That is something that is quite rare in gaming.

Unfortunately some terrible programming completely ruined the game. The combat was filled with awkward bugs, clunky combat, and a potential that was never realised. There’s no sugar coating it: this is a really bad game that you want to like, but just can’t. 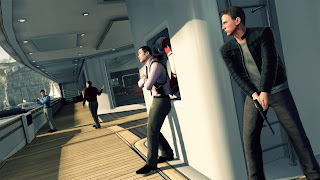 James Bond is a perfect character for video games. After all, who doesn’t want to be a suave womanising spy, sneaking into buildings, sniping the bad guys and downing the martinis.

Blood Stone had a lot of promise, too. It was to be developed by a talented team, it was an entirely new plot for Bond fans to get into, and it was to have some amazing car racing sequences, which is something so critical to the Bond experience, but something that is rarely attempted, and never done well.

The reality of Blood Stone is that it is not a good game. It’s as linear as most modern FPSers, which stifles the fun that could have been figuring out how to sneak through an environment. The racing was more frustrating than entertaining, too, with some twitchy moments making failure and checkpoint restarts far too common.

This game is a wasted opportunity not because it’s a bad game, but because it was released at the worst possible moment: The exact same day as Final Fantasy XIII. What the hell were they thinking?!?

It’s not that it’s a bad game. It’s actually quite good and many, many gamers would consider it superior to the controversial Final Fantasy XIII. But it was a new IP by a relatively small-time developer that was released on a day that destined it to obscurity.

For Resonance of Fate to have succeeded it would have had to be amazing. It wasn’t that great so releasing when it did doomed it to be a wasted commercial opportunity. 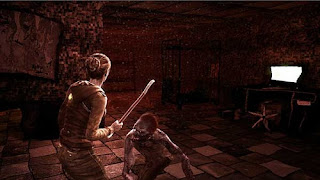 In the leadup to Amy, I was more than a little excited, I must admit. It promised a return to a classic style of survival horror, and given that more of the genre are following after the Resident Evil model of being more action than horror experience, true survival horror is something of a rarity now.

Couple that with the fact that as a PSN download it is relatively cheap and still managed to look quite nice in the screenshots, Amy was a game that was worth keeping an eye on.

The reality though? A game that, while not as bad as some have reported, is also by no means a great game. It has its fair share of frustrating moments, and the developers really struggled to create a game where survival is a challenge and reward in itself without resorting to cheap tactics. Not nearly as good as it should have been. 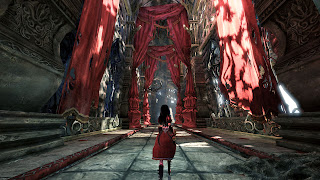 Oh how much I loved the original Alice game by American McGee. It was a delightfully demented trip through a world that has always invited the slightly crazy.

So when American McGee decided to return to Wonderland, it was an event to celebrate. Especially when the early art work came through and it looked far better than even Tim Burton’s middling film, which followed a very similar story.

I remember coming away from an early preview event quite excited, too. I met American and he was very excited about his project, and an hour or so of playtime encouraged me about the game.
Unfortunately the full game lacked the X factor. While there was nothing outwardly wrong about the game, and the art direction was nothing short of spectacular, the gameplay managed to be duller than it should have been.

Shadows of the Damned 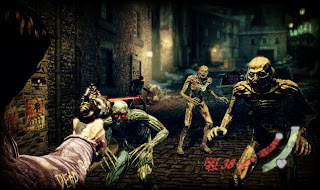 Funnily enough, at the same preview for Alice Madness Returns I got to play Shadows of the Damned, and I was utterly blown away by this game. While I wasn’t keen on the game from the previews, after playing it I was sold on Goichi Suda’s vision.

The end product didn’t come together though. Moments of brilliance were let down by moments of utter failure.

It’s especially disappointing because Suda is one of the most genuinely creative people in the industry, and you want his games to follow through with their constant promise. Shadows of the Damned doesn’t manage to do that. Thankfully, Lollipop Chainsaw does. 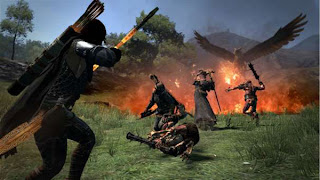 Dragon’s Dogma is the latest game to be a crushing disappointment. Capcom promised the world with this game, and delivered a derivative mess. I defy anyone to play this game and find a moment of genuine creativity. The pacing of the game is off, it’s a single player game that relies too heavily on its multiplayer component, and it’s an open world that isn’t really worth exploring.

What went wrong? Everything about the development of this game made it look like the greatest thing that Capcom has done this side of Monster Hunter. The big bosses had a Monster Hunter vibe (which, disappointingly was nothing more than show in practice. The bosses had none of the genuine challenge and intensity of Monster Hunter), and there was an epic sense of scale to it. The pawns were an interesting idea too.

In the end I think that Dragon’s Dogma suffered for trying to be everything to everyone. It was a game so frightened to genuinely put itself out there as something different that in wallowed in fantasy tradition and cliché alike. I have high hopes that a sequel takes some more risks. 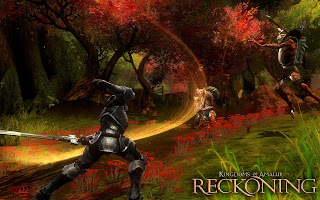 Amalur was a huge disappointment. It had the massive talents of Todd McFarlane, R.A Salvatore and Ken Rolston leading the creative development, it had publisher giant EA backing it. It was a new IP at a time where people are crying out for new IPs.

The reviews came in and… they were good. And that’s the disappointment. They were merely good. This is a game that should have, by rights, been the new big thing in RPGs. Unfortunately as well made as it was it failed to really break away to achieve something special.

And that sealed the game – and developer’s – fate. Amalur failed to sell very many copies at all, and the studio behind it – 38 Games – just got shuttered, meaning we’ll likely never get to see whether a sequel could deliver on the potential. 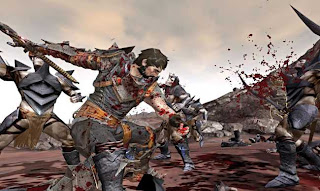 Dragon Age: Origins is one of the finest RPGs ever made. Epic in scope, it delivered a hugely interesting world, some amazing characters and a combat intensity that managed to still be highly strategic.

So understandably just about everyone who enjoys RPGs was looking forward to the sequel. It was delivered quickly, that’s for sure – a turnaround time of around a year, which is sprinting for RPG development. Unfortunately that haste didn’t resonate well with the gamers, who flocked in to tear the game to shreds.

Was it that bad? No. Its failing was simply that it couldn’t live up to the huge standards of the original game. And in that failure it was always going to disappoint.

The good news is that now that expectations have been lowered, perhaps Dragon Age 3 can hit the market without the strain of so much hype behind it.

The Lord of the Rings: War in the North 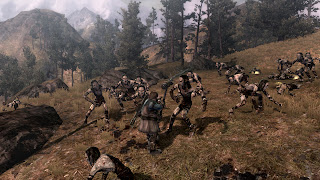 Lord of the Rings is a brilliant material for gaming – it’s an intense setting, there’s a sound good-vs-evil plotline, and there’s more than enough dark fantasy elements for developers to get their teeth into. Tolkien literally wrote the book on epic fantasy.

And yet developers continue to struggle to represent, let alone respect the material. War in the North is by far the worst Lord of the Rings game ever developed. It takes what could have been a good idea – take one of the best developers of Diablo-clones, Snowblind, and give them free rein over new Lord of the Rings material – and turned it into a useless action game that didn’t feel like Lord of the Rings at all.

The fact that it follows the Call of Duty formula of “run down path, kill room of enemies, run down path” made for an utterly predictable and generic action RPG, and a resounding disappointment because, in the promos, we were promised a dark and violent Lord of the Rings game.

Amnesia: A Machine For Pigs gets a teaser trailer