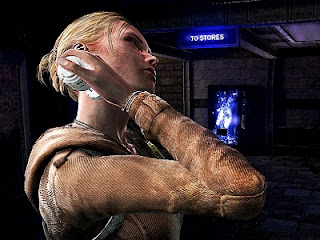 Sometimes, as a critic, it’s important to recognise when a game’s ambition is worthy, even when the execution is not. These instances are difficult reviews to write, but in Amy’s instance, I’m going to give the game the benefit of the doubt; I enjoyed this little horror tale.

Amy would be an easy game to score 2/5 or less for. On a technical basis it is executed in a way that is nothing short of painful. The storytelling is stilted and the scriptwriting amateur. For a game that features an AI controlled child that you need to both protect and utilise for a great many puzzles, the AI is woefully, frustratingly inaccurate. The combat is a series of nice ideas that don’t come together in practice. The checkpoint and save system is terrible, making this game one that demands substantial chunks of time in front of the TV at a time to get anywhere.

Most painfully, for a game whose run time (assuming you don’t die any frustrating deaths, and you will) is quite short, it has too many ideas and gimmicks that don’t sustain. Every couple of minutes the game tries to throw a new idea, tool or trick at you. Were they the focus of a game, these might be interesting. The AI-controller girl, Amy, has magics that can help navigate some of the game’s greater dangers. There’s a stealth system in place, which, frankly, any game that likes to call itself “survival horror” should have. Early on there’s even a DNA key that you’ll pick up to unlock a door to give the game a dash of the Sci Fi. 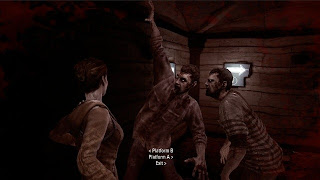 The problem is, once these ideas have been introduced, they’re very quickly forgotten about, and barely required again, if at all. I would have loved to be a fly in the wall when this game was in development; the sheer weight of ideas in such a small package is amazing, but in just about every instance you can’t help but wish a whole lot more was done with it.

Now, I know you’re going to read the first few paragraphs, then look at the score at the bottom of the screen, and prepare to blast me in the comments for being so inconsistent. But please finish reading this review, because despite every flaw, I loved this game. And so I’m going to recommend it to horror game fans.

What I loved about Amy was how hard the game worked to be a genuine survival horror experience. You spend much of the game with very little weaponry, and so not once when playing the game did I feel comfortable or confident of surviving what was in the next room. 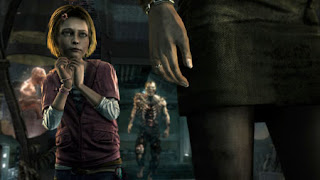 It’s not that there were that many enemies to worry about, because there aren’t. Amy is more a puzzle game then an action title, and so those enemies that do appear in the game tend to be very life threatening. Trying to bash your way through the game, especially on the higher difficulty levels, is going to get you nowhere.

So instead you need to sneak around. You need to run like hell. You need to use Amy’s spells to bypass the monsters-that-can’t-be-killed. It’s clear the developers of the game are fans of the old style survival horror, and if nothing else they have managed to capture that tense atmosphere of the pioneers of the genre.

In a weird, twisted way, the frustrating game mechanics actually work in Amy’s favour, too. Much like the original Resident Evil, not having complete, instinctive control over the characters or the situation forces you to be well prepared for the horrors ahead. There’s little room to make mistakes, and as often as I had to put the controller down and walk away to drop the stress levels down, I appreciated that about Amy. 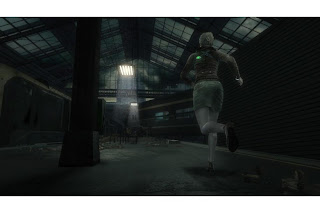 The visual style of the game is a bit of a throwback, too, focusing on a world that is visibly rotting. The dirt, blood and injuries on the characters all helps build that classic survival horror atmosphere, and while the cut scenes are a little too hackneyed for their own good, in game, Amy’s characters do a good job of building a soundscape of fear.

So Amy reminds me best of Capcom classics, Clock Tower 3 and Haunting Ground. You’re a largely ineffective combatant, and the challenge is in finding your way through the game. With reasonable though not brain-bending puzzles, the game largely succeeds at that.

It’s not for everyone, though. People who like their horror action-packed, or are not willing to plow through some frustration are not going to be able to uncover this gem in the rough. Which is a bit unfortunate because for a budget game Amy does a very good job of servicing a genre that has been almost completely left behind.