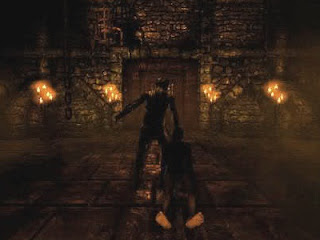 Amnesia: The Dark Descent is one of the few horror games that elevates itself to (and maybe even beyond) the likes of Resident Evil, Dead Space, and Silent Hill. The cold atmosphere is one of the main highlights; without Frictional Games (the developers of Amnesia: The Dark Descent) expertly crafting the world in which Amnesia takes place, the game would be only half as terrifying as the final product. However, the atmosphere was only one of the reasons as to why the game was successful in creating a foreboding environment. The question of whether an atmosphere-focused studio could come close to replicating what Frictional Games accomplished is an interesting one, and that question will be answered when the thechineseroom-developed, Frictional-Games-produced indirect sequel to Amnesia: The Dark Descent is released later this year, bearing the name of Amnesia: A Machine For Pigs.

After an Alternate Reality Game (ARG for short) which involved blurred images, Google Maps, and console command lines, Amnesia’s follow-up was announced on February 22nd in an exclusive article on Joystiq. So far there have only been snippets of details about the game; gameplay elements have been added and dropped to the formula presented in Amnesia: The Dark Descent, the game will have no direct connection to the original Amnesia, and that the story follows a wealth industrialist. Specifically, the story follows Oswald Mandus, who had just returned from a journey to Mexico that had ended in tragedy. Months later after having several dreams of a haunting machine, Mandus wakes up at the same time the wheels of a mysterious machine start to turn. While we still have little details, we now have an in-game teaser trailer for Amnesia: A Machine For Pigs;

The trailer shows off some more town-like settings than those found in the original Amnesia along with scenes of what could be the mysterious machine and slightly Victorian interior spaces. The trailer ends with a first-person attack scene, with the player hiding under some stairs while a monster making squealing pig noises destroys a door and walks right by. While we are never given a clear visual of the monster, the shape of the arm shows a very human form much like the monsters in the original Amnesia. While I doubt that the monsters are the exact same, the question of whether similar monster designs will result in the same initial level of fear remains to be seen.

While there is no concrete release date, Amnesia: A Machine For Pigs is planned to be released on Halloween of this year (2012).

The weekend discussion: “What are you playing this weekend?”