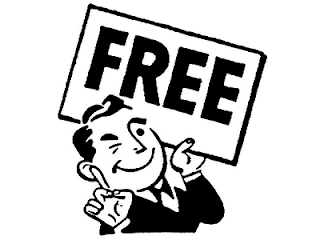 Chances are, if you’ve got a games console or a PC, you’ve been given free games. Nintendo gave early adopters of the 3DS console 20 free games. Sony’s given away 10 free games twice (once as an apology for the massive hack, and at E3 as a gift for PS Plus subscribers). Now EA is giving Origin owners a free game in celebration of the services’ one-year anniversary.

This is a very bad idea, and the content owners are shooting themselves in the foot for the practice.

That’s not to say I don’t like free games – I’m human, too, but looking at this practice from a behavioural perspective, it essentially amounts to game content producers commoditising their most valuable asset to the point where it no longer holds any value for the consumer.

We’ve seen a similar problem happen with retailers. In the early days, a “sale” was a special event. By discounting inventory that retailers wanted to move out of the shop (making room for new products – fashion has always been the forerunner when it comes to discounting), the retailer was able to achieve a triple result – bring people into the store (often discounting happens as a loss leader practice), clear out inventory (unsold inventory is a liability at retail), and boost cash flow (every retailer needs that).

When used cleverly, a sale (or giving away free product) is a clever marketing strategy, there’s no doubt about that. But something happened that retailers haven’t been able to account for. Consumers, being consumers, learned to wait for sales so they could pick up bargains. Eventually, the only people who can be relied on to buy products at full price at the start of the product cycle is the early adopters – a small group of people typically unable to, in themselves, hit the necessary sales figures.

So retailers found themselves having to hold sales more and more often – walk into a retail outlet now and there’s sales going on virtually every day of the year. Products then became commoditised – the only point of differentiation was the price – and retailers ended up earning no margin on the products. Because sales have become the standard, no one gets to put the prices back up now because the customer drop-off is steep, so everyone has to struggle in what is an essentially an unsustainable practice.

The same thing is happening in the games industry – both the retail arm, and for the publishers themselves. If it wasn’t enough that Apple’s iOS store has managed to lower price expectations to the point where a $20 game is “expensive,” consumers are now getting free games thrown at them from every angle. It’s having a deflationary impact on consumer buying expectations.

Of course, free games are not really sustainable unless backed by a very compelling microtransaction proposition but consumers don’t really care about that, and the content producers don’t really have a choice as long as their competitors are happy to undercut them. And so this is why they’re all looking to DLC packs and subscription models like PSN to shore up the loss in revenue from game sales.

For some, it will work. The really big guys can absorb the costs of transitioning away from a boxed product sale to a services sale – from the idea that people buy a game for full price and own it for life to the idea that people pay a smaller amount each month to access a wide range of content. That’s where Sony and Microsoft are heading, and that’s what Onlive and Gaikai are pioneering. But it’s a trend that is going to cause some more casualties along the way – the content holders who can’t make that transition quickly enough are going to hit a wall where they’re producing premium products and pricing them fairly as such, but then undersell because what is a fair price for a product is no longer what consumers are willing to pay.

The free games are going to be a catalyst for some serious rationalisation yet as they represent an entire industry devaluing itself. It’s a pity, because as much as we like the free stuff, we’d actually all be happier and supported better if we were keeping these content producers lucrative enough to be able to make strategic investments.

Xbox 360 to miss out on Clan of Champions

The Xbox update is Magic