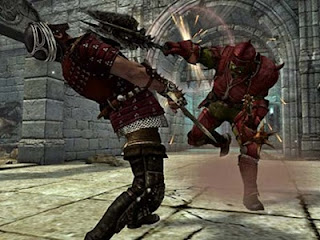 The multiplayer slash-em-up features 3-v-3 team battles and promises a deep combat and equipment system. Which is just as well, because this game is all about the combat.

There are three races – human, elf, or orc – and players will have full customisation over their champion’s appearance and statistics.

Given the multiplayer focus the single player game is probably limited, but gladiator games are a relatively rare breed, so we’re quite keen on this one.

Giving away free games is not doing anyone any favours, Nintendo, Sony, EA