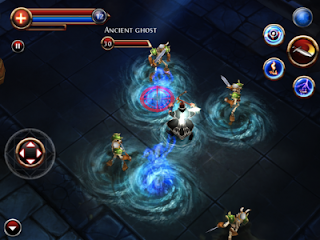 Smartphone and tablet developer and publisher, Gameloft, has announced a spectacular first quarter for 2012.

Total sales for he quarter hit EUR44.8 million which is an increase of 14 per cent on the same time period last year. Asia-Pacific and Latin America are the biggest revenue earners for the publisher, representing 44 per cent of Gameloft sales for the quarter. North America came in second (30 per cent), and the rest of the world (Europe, Middle East, Africa) accounted for 25 per cent).

Sales of software on smartphones and tablets is where the bulk of this growth came from – a 59 per cent increase in sales for the buttonless platforms. Over half that recenue came from in-app purchases and advertising revenue, lending even more weight to the argument that this will be the default sales model in the future.

No surprises here, but Gameloft expects the growth to continue.

Game localisation is not all fun and games: An interview with Nyu Media founder, Seon King