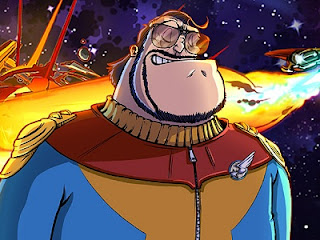 There’s an interesting piece over at IGN about one of the more prominent PlayStation Mini developers. Firma Studios has done a great job giving gamers great Minis to play (Zombie Tycoon, A Space Shooter for 2 Bucks), but, dissatisfied with the return on investment, they’re looking to produce full-featured PSN games instead.

It’s a little worrying that it’s not just the Minis platform that’s suffering from this issue. The criticisms of XBLA’s Indie Games section is well known. Indie titles get buried on the Apple iOS App Stores the minute EA or Gameloft decides to hold a $0.99 sale. No one makes any money from WiiWare or DSiWare, there’s been little third party appetite in the eShop so far and Steam… well, indies do ok on Steam, but you’re still competing for the same dollars that Skyrim is sucking up.

And yet here we are with not a single mainstream distribution service being recognised as “excellent” for indie developers. There’s as much dissatisfaction and frustration now as there was back in the early days – if not more so because tools like Unity have made it far easier to make games.

Is it a marketing issue? Are the platform holders simply burying the indie games under too many tonnes of downloadable AAA-games? Are people only downloading Minis when they go free through PlayStation Plus? I always thought Sony did a good job pushing Minis out to the market by giving them away free to Plus members, but perhaps not.

Is it time to get a dedicated indie game console? What do people think? Sound out in the comments below whether you think indie developers and publishers are given a fair go on the current generation of consoles.

Tecmo Koei is killing it in the market right now