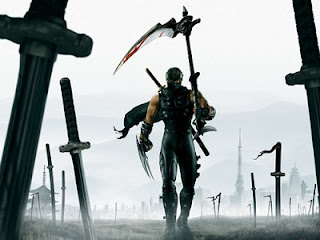 Tecmo Koei is going good in the market. Even given the critical panning that Ninja Gaiden 3 suffered (not by us, mind you), the publisher sold 630,000 copies of the game, and profit for the company was up 69 per cent across the board.

Plenty of good quality Warriors releases (not least of which the spectacular Warriors Orochi 3), good support for the Vita and 3DS and the ever reliable stablemate, Winning Post 7 all chipped in. It also received nice royalties for licensed games, One Piece Pirate Musou and Pokemon + Nobunaga’s Ambition. Plus, Tecmo Koei acquired GUST, and GUST is doing just wonderfully with its own games right now.

The company expects the growth to continue next year, and is anticipating profit of 5 billion yen ($62.6 million) in the next year. A key thing for Tecmo Koei is nudging GUST towards online and mobile gaming. Atelier on the iPad? Sign me up!

Nice to see a Japanese publisher not struggling. Eat that, Phil Fish.