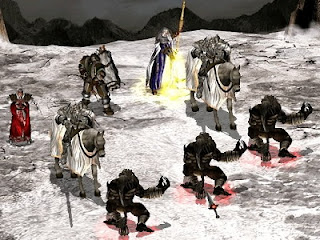 The Indie Gala Bundle packs have proven to be very, very popular, offering gamers a change to play a whole bunch of games cheaply – often including games they might never have looked at outside the pack.

The Indie Gala Bundle 4 pack is yet another awesome collection of games. So what’s in this one?

And, in addition, there will be four music albums (both in mp3 and FLAC format) added together with the games for everyone who pays more than the average (starting from $4.99). So, what does everyone think of this little pack of games?

Review: Prinny: Can I Really Be the Hero? (PSP)