When you're already big and excellent, is bigger and better even possible?

Siralim Ultimate is the biggest and most expansive Siralim game yet. The three predecessors to this indie Pokémon-like offered a relatively modest 300, 600 and 700 monsters to collect and battle. Siralim Ultimate ups the count to 1,200. And that’s just one of many areas where the game aims to be the “ultimate” by simply adding on more of what the previous titles delivered.

All these 1,200 monsters have their own unique abilities, and, Shin Megami-style, you can fuse them together to create new and even more powerful monsters that will inherit abilities (and even aesthetics) from their parents. Because the dungeon delves are randomised no two quests are the same, and thanks to an extensive post-narrative experience once you’ve dealt with the “end boss”, once you let Siralim stick its claws into you, the temptation to continue playing just to see how much more is in the game is overwhelming.

It’s not without flaws, and we’ll get to that in a moment, but the interplay between the vast quantity of stats, equipment, magic and more to manage means that Siralim represents two things that are really quite special. Firstly, it’s the min-max RPG player’s dream. If your idea of a good time in RPGs is to tweak the perfect party and dominate the battlefield, you will simply love the customisation, statistics, and tactics that are available to you. It’ll be a bit too much for less experienced players to handle, and Siralim is purely targetted at veteran RPG fans as it does not do a good job of holding hands, but for the particular audience that it is designed for, with those particular interests, it’s difficult to think of a more purely perfect experience. 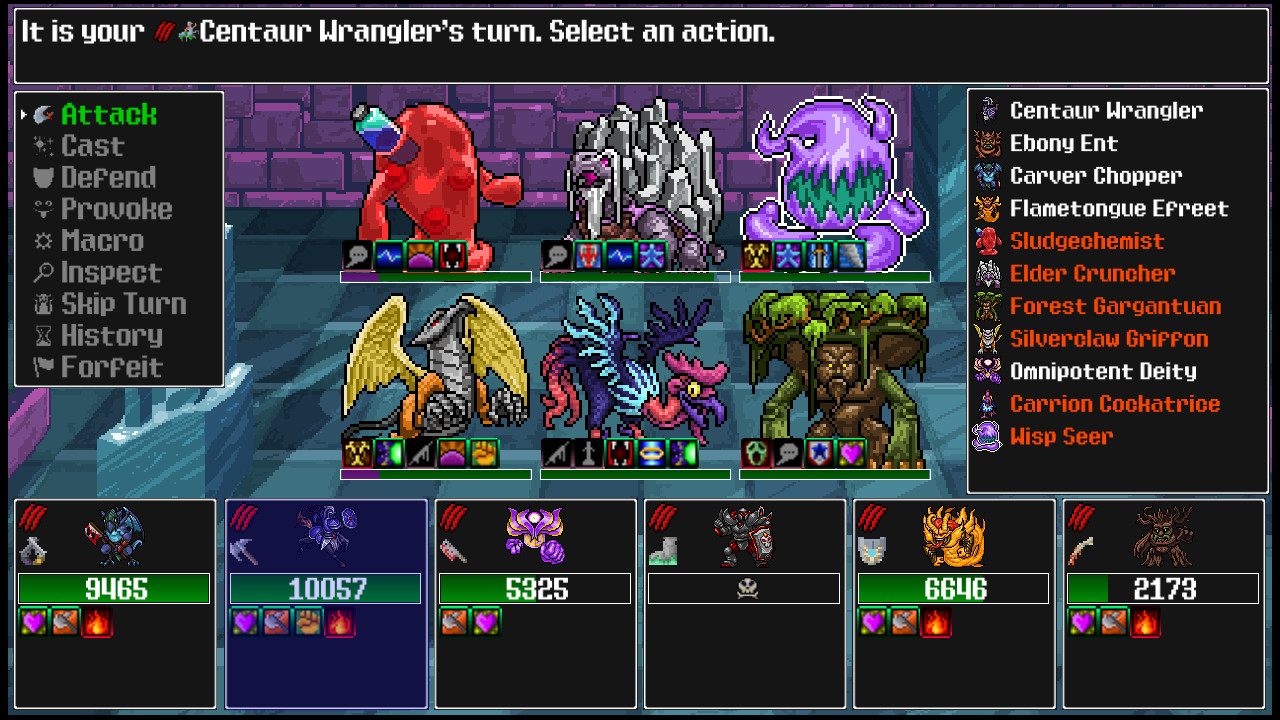 The second thing that is truly great about Siralim Ultimate is that the developer is very honest with the player. It’s a little like another indie developer that has been steadfast in sticking to what it is good at, even if it means that many would overlook the way it’s presented; Spiderweb Software. These developers know where their strengths and weaknesses lie, and don’t try and hide that; you get these games or you don’t, and the creators behind them are clearly quite okay with that. Too many other games promise big and then under-deliver. These are the reverse, and that is admirable.

With that said, I do think the efforts to make this the ultimate game in the series misfired a little. For one thing, there was no real reason to up the number of monsters to 1,200 when the previous record, 700, was more than sufficient. Instead, the developer could have put some effort into getting an interesting narrative together this time around. Siralim does have something of a beginning, middle and end (before the post-game content), and it has to do with you rallying the support of deities from across the multiverse to prevent a grave threat to Siralim (your realm). That’s about as deep as plots like the old Gauntlet games that I used to play (remember how great Gauntlet Legends was?), and sure, it’s perfectly functional, but that’s been the case with previous Siralim titles too, and I do think at this point I would have rather seen the developer try and broaden its range there. Siralim has potential as a storytelling experience! It’s just that the developer has never taken advantage of that opportunity.

Siralim also loves throwing numbers at you, and they tend to be big numbers indeed. Excessively big. Beyond the stats for each individual monster, there are all kinds of resources that you collect, and it doesn’t take long for the numbers involved to reach numbers that would make the likes of Disgaea weep. It’s genuinely impressive that, given the numbers involved, the developer was able to keep things balanced so that you will be challenged on an ongoing basis, rather than end up giving you so much stuff that you’re able to completely break the game. 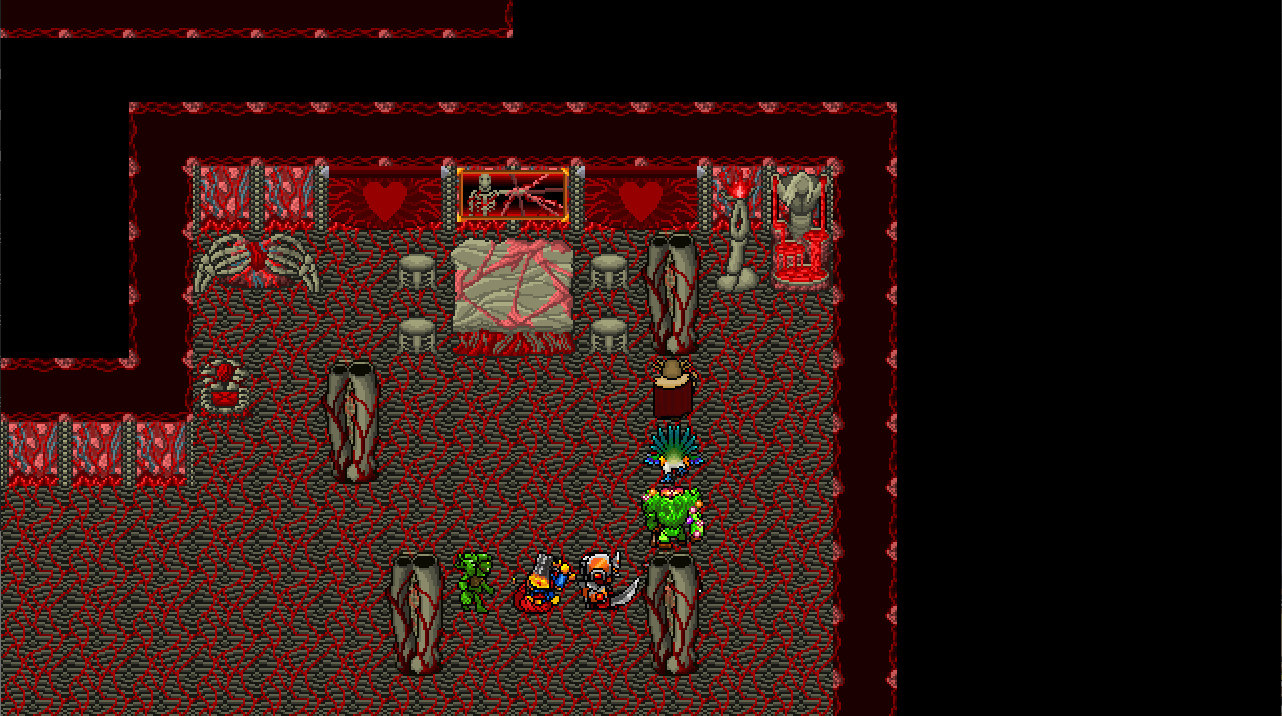 It even goes as far as to remove the level cap from both your monster’s levels as well as the levels of enemies. Yes, that’s right, you could, in theory, level your party to 1,000,000,000,000,000,000 and beyond if you wanted to, and then still run into things that could challenge them. You’re not going to do that because that would be tens of thousands of hours of grinding, but it is, technically, possible.

The problem with this approach is that as much as it seems like fun initially – and you will say “oooh, unlimited dungeon crawling!” at first – it doesn’t take long for all the numbers to lose any meaning whatsoever. Without a particular end goal, the grind loses a sense of being rewarding, too. I enjoy reaching the maximum level with my Pokémon or Shin Megami monsters because of the closure that comes with that. Going from level 1 to 99 is a kind of narrative arc of its own, and when you get to the end of it, you’ve achieved a major goal. A full party of maximum levelled monsters. That satisfaction is something that is denied to you in Siralim. As much as I love Siralim (and I do love this series), I inevitably burn out each time because with these things the grind is the point, rather than a stepping stone on the journey, and that lack of a journey inevitably makes the entire thing seem aimless after a while.

I would also expect, four titles in, that the developer spent at least a little of the time trying to present the game better. Siralim looks good in several areas. The various monster sprites have a nice pixel aesthetic going for them, and there are plenty of different dungeon environments to explore. Sure the layouts are randomised, but the tiles themselves achieve the retro look with great precision. It’s the interface that’s the problem. For a game that is as menu-heavy as Siralim is, finding a way to present information that doesn’t look like it was ripped from a particularly inefficient DOS work app would have been appreciated. Having better logic to the flow through the menus would have been good too. I understand that UI is a challenging side of game development, but there are 14 menu options, each with up to a half dozen sub-menu options. The developer should have made an intuitive structure to them a priority. 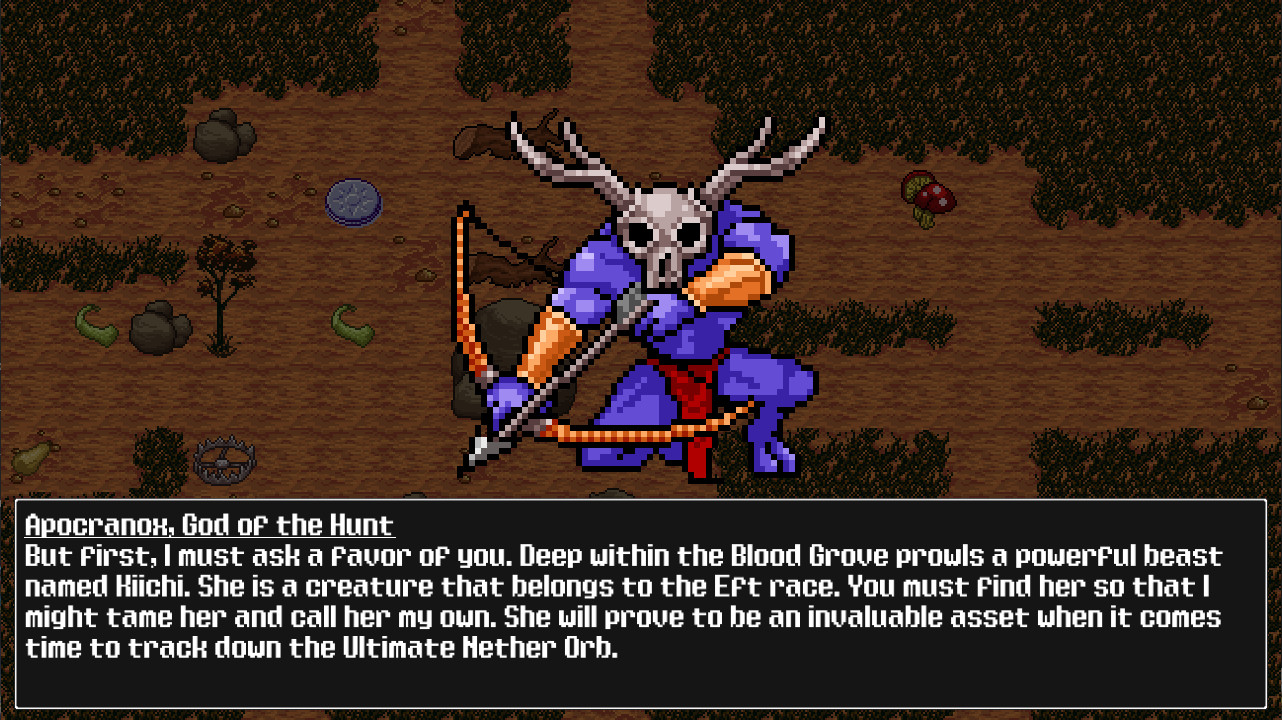 I’m critical of Siralim Ultimate, but only because after four games I would have liked to see some effort by the developer to do something with the series, and all that seems to happen is that the team keeps adding more stuff to it, in the areas that it was already perfectly well-serviced. Siralim didn’t simply need more stuff. What it needed was refinement; to take a great idea and polish it into something absolutely incredible. Siralim Ultimate is a hugely entertaining time sink, but it is still, yet again, just a good idea in the need of polishing.

Here’s a new Project Zero: Mask of the Lunar Eclipse trailer… because why not?