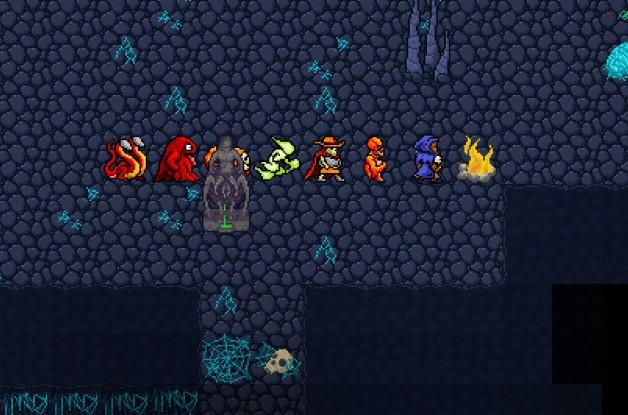 With over 700 monsters to collect and battle, Siralim 3 is the game that you should probably be playing if you are one of those that is disappointed by the limited Pokedex that the upcoming Pokemon titles will offer. Beneath Siralim’s humble presentation is a deep and hugely entertaining roguelike dungeon crawler. One that is ideally suited to a platform like the Nintendo Switch. It’s not substantially different from the two predecessors, but there are some refinements that have been made do help to freshen the experience and, if this is your first venture into Siralim, you’ve come at exactly the right point in time.

Related reading: Our review of the first Siralim

Siralim is Pokemon by way of Nethack, basically. It’s a dungeon crawler that features random level design, crossed with a deep monster collecting and training system. It features a fairly simple turn-based combat system, plenty of little side distractions and loot opportunities that will have you scouring the entirety of every dungeon level you explore, and a healthy difficulty curve that will appeal more to fans of old school, retro games than it will newer players. That’s okay, though, since the old-style pixel graphics will probably scare newer players away before they even get going anyway. Siralim 3 delivers exactly what you would expect from the screenshots, in other words.

The game also has a wicked sense of humour, and it’s one of its most endearing features. The plot is pretty light on, but you’ve been tasked with restoring a bunch of otherworlds to the “gods” that rule over them by defeating an invasion from the kingdom of Siralim. As you adventure, these beings natter away in your ears, and if you’re not chuckling within the first three swear-filled sentences that come from the God of Wrath, then you’re no fun and should be banned from video games until you lighten up. Siralim is well aware that it could never be Shakespeare in the way it has been designed, and it revels in its nonsense, whether it’s through those interactions with the gods, or finding ever more silly monster designs for players to battle and collect. You do need to have grown up playing Nethack to really appreciate how Siralim is a clever and satirical pastiche on the aesthetic, but surely anyone that picks this game up will love the way it embraces nonsense.

You don’t need Pokemon when you have Siralim #NintendoSwitch pic.twitter.com/tyuy01bZSq

What it doesn’t do well is accessibility. Siralim 3’s menu system is atrocious. The main menu alone has 11 options, presented in text that is readable, but so bland it’s unpleasant. Some of those menu options lead to sub-menus with as many as 11 more options, and it goes on from there. Level up your main character and there are 20 perks to wade between. There are five separate resources to manage. Looking beyond the main character, each monster can be equipped with artifacts that can affect one of six statistics, and there are even menus for things like “macros” and other jargon terms that are pure anathema to anyone who hasn’t been playing these kinds of games for decades. Worse, all of this is available from the outset with only a cursory tutorial in place, and understanding all of it requires piles of reading. When you look at any RPG by a prominent developer, the emphasis is on streamlining the experience as far as possible, and using design elements, icons and art to make menus and the like palatable. I had hoped by the third iteration of Siralim the developers would have worked out the basics of good menu design, but that’s one element that continues to elude the team – I understand that Siralim is complex at core, but that developers don’t do much to make that complexity palatable.

Once you work past the initial sense of overwhelming depth, however, Siralim 3 settles into a rhythm that makes it very, very hard to put the game down. Delving through the dungeons is snappy, and the loot and combat comes in thick and fast. The range of things that you can poke, shatter, and destroy is incredible, and there’s always new trinkets and rewards to make progress feel good. The developer didn’t want you to get too bogged down in the management side of things – your party fully heals after every battle, so there’s no need to worry about health potions and other similar resource management. Indeed, the action almost seems too fast at times, because when the auto-effects and counter-attacks start kicking in, it can be difficult to track just why your monsters are losing health seemingly at random, or every effect that is currently active on the field.

With over 700 monsters to collect, there’s a lot of busywork in Siralim, but thankfully the pressure to min-max isn’t there – there’s a lengthy end-game to play through if you’re so inclined, but it’s not mandatory to build the best party possible for the bulk of the game. There’s also no multiplayer functions to get over-competitive over. That being said, if you do want to set yourself the challenge of collecting everything, you are in for one very, very long game indeed. The good news is that the flow of Siralim is better than in years past, in terms of how the game progresses. In earlier titles you could end up paralyzed for choice about what you should be doing next, but here you spend a good part of the time following a linear path, with one dungeon level moving cleanly to the next. That was a wise decision by the developer. 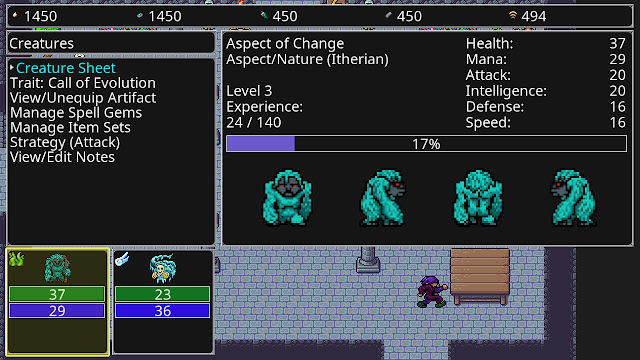 The action feels ideally suited to the Switch too. Because it’s easy to quickly boot up and run around for ten minutes, it’s the ideal game to get through public transport trips with. At the same time, the inherent depth of the systems on offer make it a game that you’ll boot up when the Switch is docked for longer play sessions as well. Previous Siralim titles were available on Vita, but the Vita’s screen was too small for the tiny character sprites. It is also available on mobile devices, but you need to contend with touch screen controls there. The Switch, with its lovely large screen and buttons, is the perfect medium, and Siralim isn’t even too hard on the battery life, making it one of the better travel options on the Switch as well.

There’s really not much else I can say about Siralim. It’s a grindy, retro-styled roguelike, with a wonderful monster collecting mechanic, and a great sense of humour. On the Nintendo Switch, it really feels at home, and as long as you can get over the overwhelming orientation process, you’ll be set for many hours of dungeon crawling with this one.