These are the games that make you wish you liked Fortnite instead.

Fragment’s Note+ has some decent art, and a surprisingly good localisation for a project of relatively modest scale. I’m used to having to deal with translations that are barely better than a Google machine translation and this game is not that. Unfortunately, I’ve run out of good things to say about this game because it is, in every other way, absolutely terrible.

Fragment’s Note+, in the first hour, has all the following moments, and it throws them at you at the pace of a machine gun: The main character gets rejected by a girl that we know nothing about, other than that he wants to get his end wet in her. Then we find out that he casually kisses his sister every morning (and no, not on the cheek), and that she gets jealous of him if he looks at another girl the wrong way. Then he meets his daughter from the future, who has come back in time to make sure he f***s the right girl and this relationship immediately throws up every red flag in the flag store. Then he gets to school and discovers that there will be a new transfer student… a girl from Russia he actually once knew but hasn’t seen in eight years. She rocks up to class and immediately (literally as soon as she spots him) rushes up to him for an adult movie-style makeout session. In front of the entire class. 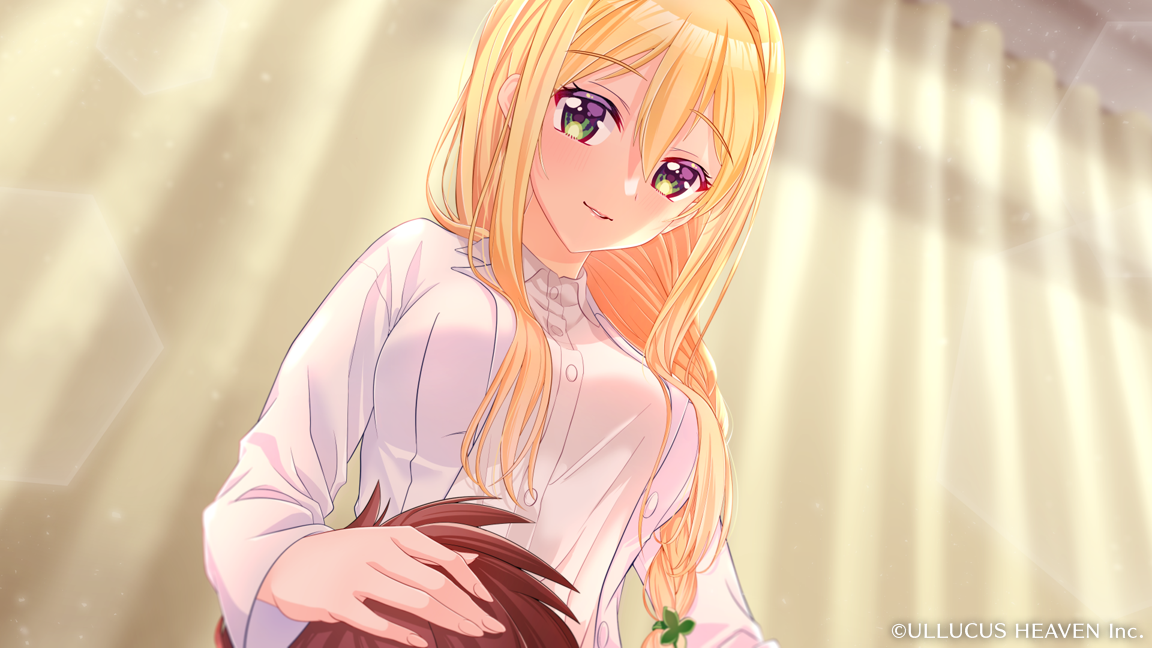 Then, after being sent to the principal for a lecture on what is strongly implied to be more than just kissing this girl, he goes looking for her, and just casually walks in on her in an advanced state of undress in the nurse’s office. She doesn’t mind though (of course). So there they rub bodies together a bit more, this time with the sister watching.

This is, again, in the first hour. It all happens in the span of the footage that I streamed earlier in the week. There’s no actual nudity or sex, but this game is as obsessed with sex that at times it rivals the most extreme nukige (visual novels that are back-to-back sex scenes from almost start to finish) that you’ve ever played (uh, if you play them). Just, with this one, the bits stay covered. There is no meaningful effort to give any of this context. The over-arching plot really is that this guy needs to hook up with the right girl, and make sure some dark stuff with one of the friends doesn’t occur (that’s what the daughter’s there for).

None of this is really funny, so you can’t pass the game off as a comedy. Meanwhile, it’s all distracting because it kills any chance of the game having meaningful characterisation. No, “Russian girl so horny for a guy she barely remembers as a child that she nearly screws him in front of the entire class before they’ve even said hello,” is not characterisation. It also means the game can’t really go anywhere since it needs to keep cycling back to the “romance.” Sex, romance, lust and the rest all play a valuable role in many good visual novels, but if that’s all the characters are there for, the entire thing is going to be limited. And exhausting. 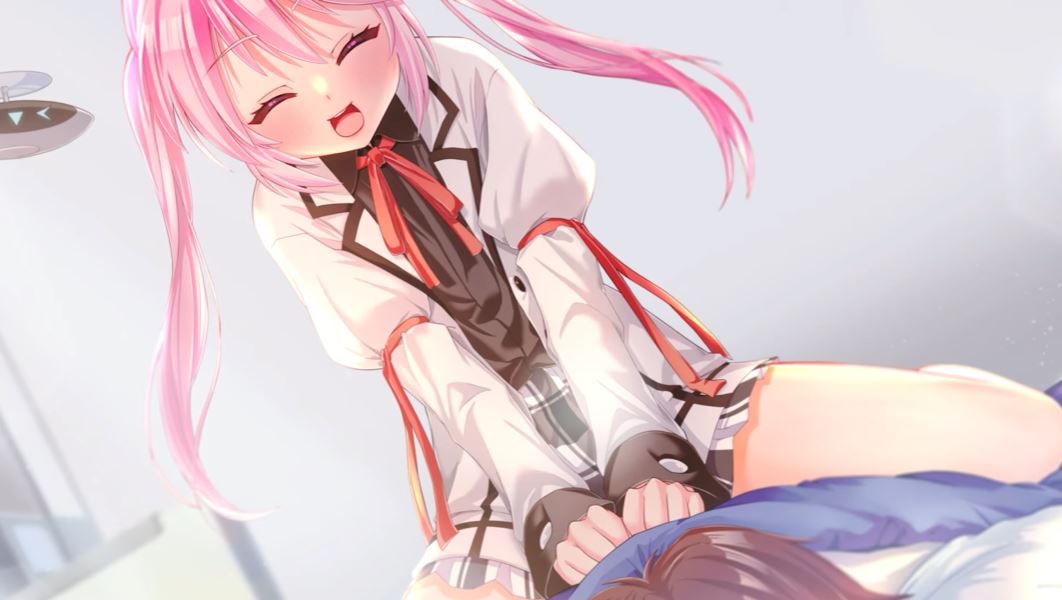 The game is also written horribly. Characters will have conversations where they repeat the same pieces of information a dozen times before moving on to the next inane thing to ramble on about (no exaggeration). You do get the feeling that the writers were deeply uninterest in any scene where they weren’t describing kissing or fondling, but through gritted teeth acknowledged that there needed to be “filler” to pad the game out. For example, you’re reminded that a girl rejected the main character in the opening scene around 15 times over the course of the first hour, and every time the characters then felt the need to have a drawn-out and repetitive conversation about it. It’s as though the writers were not convinced that you’ll remember anything as you read, so decided to drum it into you through sheer repetition. It’s truly banal stuff.

There’s a decision tree that you can pull up as you play. It looks impressive mapped out as it is, as though there are plenty of directions that the story can take, but in practice, there are actually only a couple of instances where the game will ask you a question on how you respond to a situation, and that decides everything. All up you’ll run through the game in around seven to ten hours, depending on your reading spend, and while the game does have some potentially interesting moments deeper into it (the dark turn one character take, and the reason the daughter travels back in time – aside from the Lolita effect – both could have been woven into an interesting VN story), it does nothing with any of that. You’re certainly not going to be writing an essay on how this one rivals Romeo & Juliet as a great love story.

Honestly, Fragment’s Note+ comes across as what would happen if someone who smooshes dolls or figures together to make them kiss were to write a visual novel. There is a lot of talent that went into making some of the elements of the game. The art is nice, and given more narrative context the “steamy” scenes would have been so much more fun. The localisation is also far better than the game deserves. It’s just that underneath it all is a ridiculously, stupidly juvenile story, and there’s no saving that.