I’m surprised it’s taken as long as it has for the Playdate to get this particular kind of puzzle game, but Generations does look like a delightful take on it. By now we’ve all played some variation on the “match tiles to combine them to make a higher score” puzzler. Threes is the all-time classic, but it has been cloned and iterated on many, many times since. Generations, as the name suggests, replaces numbers with age demographics.

So you’ll start by combining tiles depicting storks to make a baby title, and then baby tiles to make toddlers, toddler tiles to make teenagers, and so on until you reach senior citizens and then “retire” time. This game is far too all-ages to depict how babies are actually made and what happens to senior citizens once they “graduate” to the next age demographic, but putting that aside, the game has a lovely “portraits on the wall” aesthetic, local high scores, stats tracking, and this kind of gameplay is both timeless and ideal for those quick play sessions that the Playdate so perfectly excels at.

ValiDATE: Struggling Singles In Your Area

With titles like Arcade Spirits paving the way, visual novels are increasingly being used to explore the idea of dating for people that exist on the peripheries of “normal” society and often struggle in areas like romance. Done well (as Arcade Spirits certainly did), and it can be an enormously uplifting and positive thing for players, and a great way for developers to explore alternative cultures and lifestyles. ValiDATE is another game that looks to be heavily inspired by what Arcade Spirits achieved, so hopefully, it has turned out that well for players.

From the game’s description: “Set in the Jercy City area, our cast of lovers trudge through the dregs of capitalism – a journey, a transition – a rite-of-passage that leads into uncertain mid-adulthood. On one side but not yet out on the other, 13 playable characters find romance amongst cosplay, trash mixtapes, and even poetry straight from the soul.” It sounds good, right? Above and beyond everything else I do love criticisms of capitalism. At this stage, there are only four playable characters, but that does mean so many routes that there are more than 30 endings. The game has been clearly developed by a team with a strong sense of social justice, with a focus on representation and giving a wide range of voices their chance to shine. Expect this game to be one that is both positive and uplifting.

From an uplifting and positive visual novel to a beautiful thing that should be quite melancholic and sad, Autumn Spirit firmly has its sights set on being a tear-jerker. It’s a story of two star-crossed lovers and a dog, and the developer promises that it’s filled with “cute relationship tropes to chill on a rainy day.” While the story will be melancholic in tone, we’re also promised humour (sadness is at its most impactful when contrasted with humour), and the art for this thing is just gorgeous. 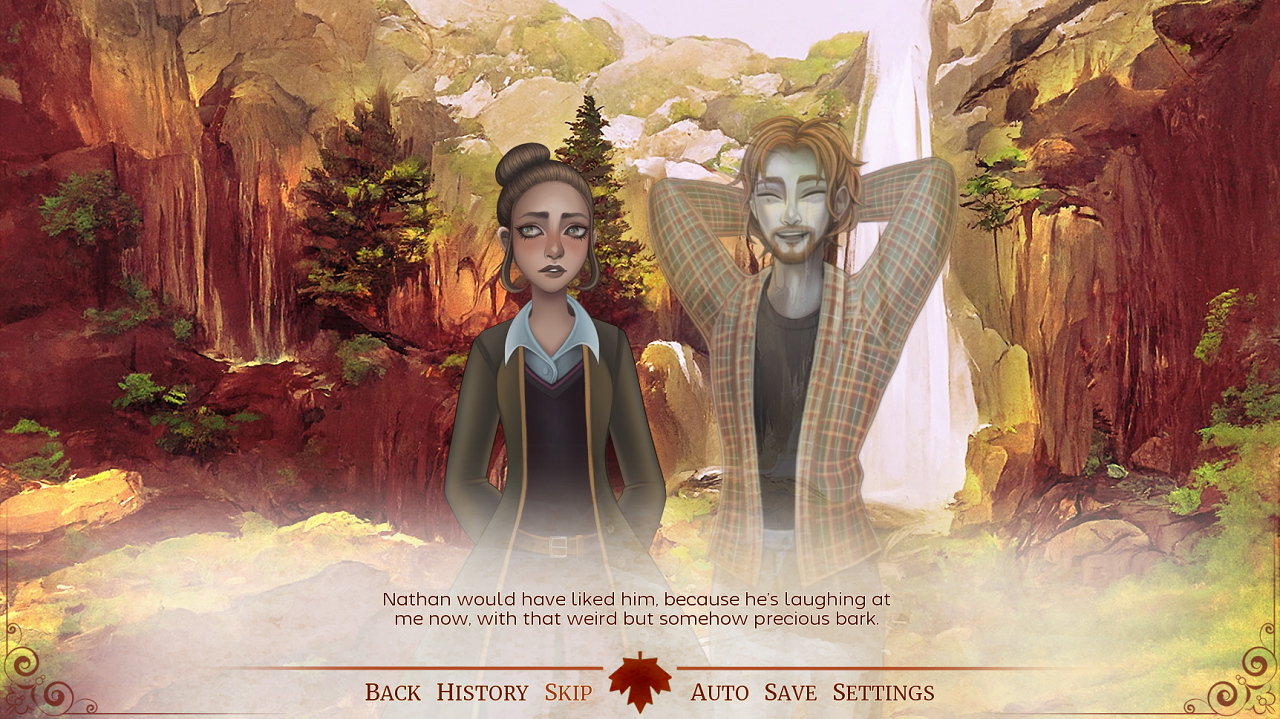 The game’s a brief thing, more visual novella than a novel at 30,000 words (that’s about two hours of play time), but if it can cut to an emotional core and make you feel something important, then the fact they’re giving it to you for free makes it amazing value (seriously, I love the two-hour VN and wish there were more of them). The fact that something of this quality, with this art, was produced in a month for a game jam is all the more impressive.

The final game this week is a rather delicious-looking card game that was produced for a Spanish game jam. The concept is simple but also brilliant: “Play an unfair card game against a cruel monster. Will you find a way to trick him at his own game?”

It’s actually quite dark, see, the monster has devoured your beloved, and the only way you can get her back is to beat him at this card game. The monster is a human-like being of many faces and masks. The card game itself looks like a simple “high card wins” contest, with some tricks available to adjust the result. This game is also free, but hopefully, the developers take the idea of it and build on it, because it could be something amazing.

First came Amnesia: The Dark Decent in 2010, kickstarting a…