White Day: A Labyrinth Named School has proven to be quite the enduring horror property. Remakes and remasters of this thing have been appearing on consoles, phones and PCs since its original release way back in 2001. And now it’s on Nintendo Switch. Perhaps the best platform for it of all.

It’s easy to understand the appeal behind it. Firstly, and most plainly, the game is a fundamentally good example of Korean horror. It’s structured in the vision of PlayStation 2-era horror games that the rest of the industry has largely moved on from, but there are many of us that fondly remember the likes of Haunting Ground, Clock Tower 3 and others like them. White Day is like that.

White Day is a creepy stalker horror game set in a school. You play as Lee Hui-min – a student that rocks up at night to return a notebook to a pretty girl who, for reasons, is at the school after dark. You might ask why he didn’t just wait until the next day when the school is quite obviously haunted, but you would be underestimating just how pretty this girl is. I’m pretty sure this guy would descend into the depths of hell itself if he needed to for her. She’s that pretty. 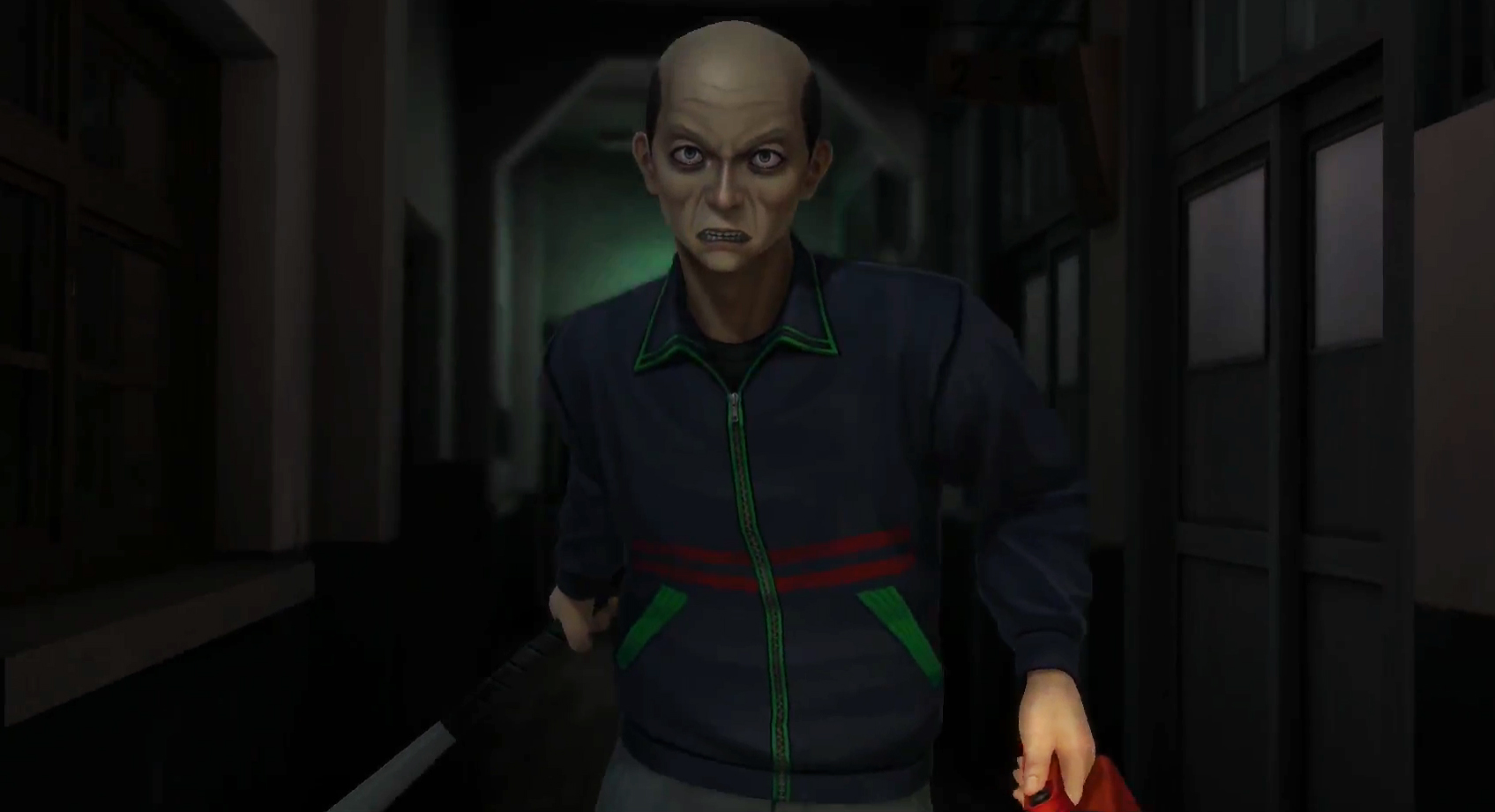 Anyhow, the point is he’s in this school and soon discovers that there are all kinds of ghostly, ghastly things happening because someone went and messed up the area’s Feng Shui when building the school and that led to bad things happening, a teacher getting involved in even worse things to do with spirits, and the school, in general, has become a hell on earth. Also, the janitors have turned evil and are now intent on hunting down all the students that they come across while on their patrols.

It raises the question: why are so many students still at school after dark?!? I couldn’t get out of the place fast enough at the end of the day back when I was a student. In fairness, there are some other, more serious practical issues and inconsistencies within the plot, but thematically, the way it explores Taoism is interesting, and the atmosphere that it creates through its set pieces are exceptional. Korea, as a nation and artistic culture, has really mastered taking the political terror that they feel from having been treated so horribly historically, and how they now live in a state of perpetual unease with their neighbours, and using it as the foundations for horror. That context also shows up in White Day, both metaphorically and within the actual plot. This is a grim, smart game, as a lot of Korean horror tends to be both smart and grim.

As for how it plays… it’s clunky, but that’s not actually a bad thing. As I noted in my review of the game’s release back on the PlayStation 4, the various quirks and “issues” that this game throws at players actually evokes a sense of nostalgia for the horror experiences of yesteryear, before playability reached a point that they actually started to undermine some of the mechanical tension: 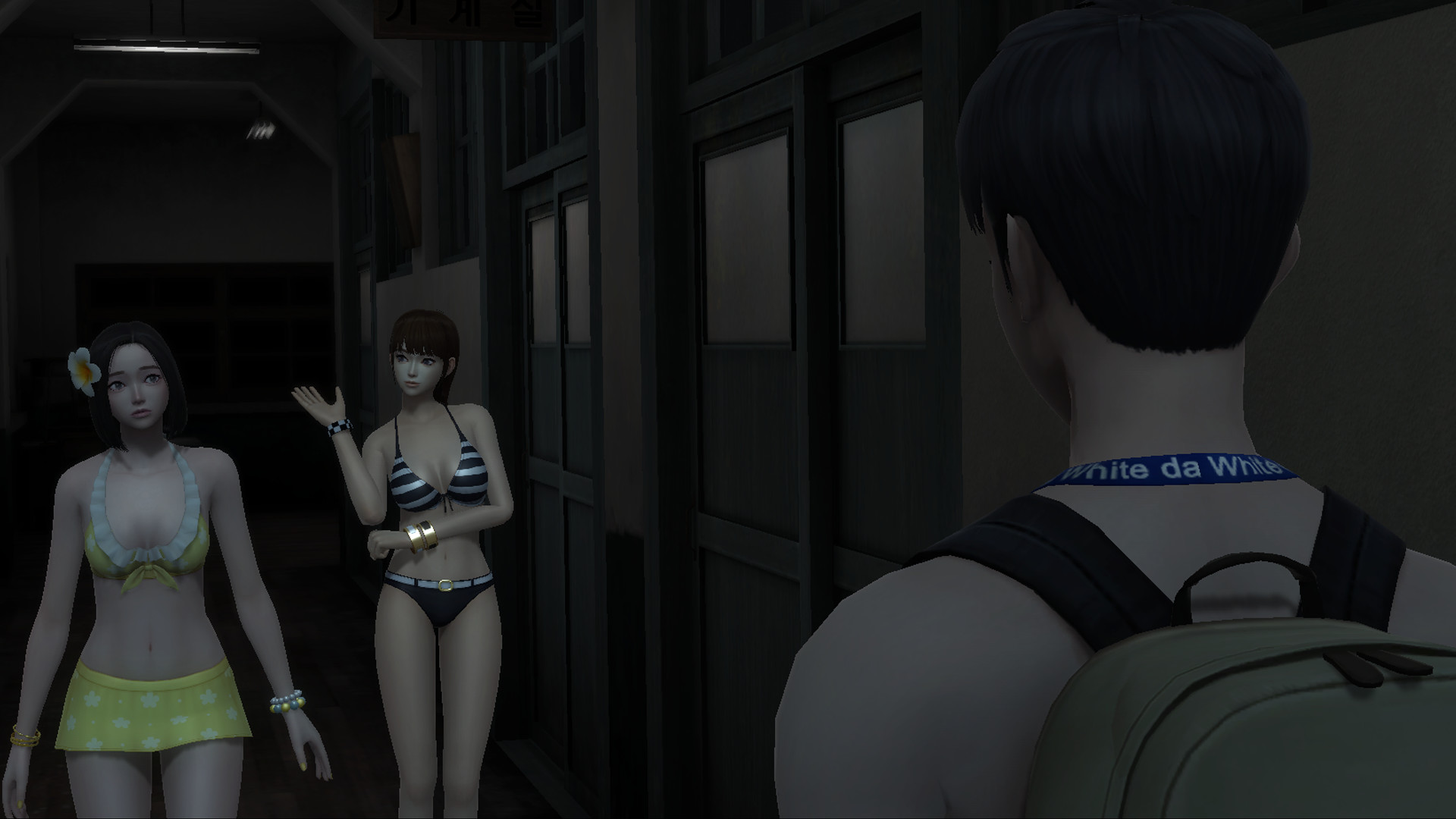 Remember trying to scrounge together enough ink ribbons in the original Resident Evil to be able to save at one of those typewriters when you know something big is coming up, and you don’t want to lose what can feel like hours of progress? White Day has you collecting single-use whiteboard markers for the same purpose. They’re often hidden or hard to come by, so there will be many moments that you’ll risk pushing on, rather than saving, in the hope that you’re able to delay using one of those markers a bit longer. Of course, while you’re sitting on dozens of minutes of unsaved gameplay you’ll jump at just about everything, so in denying players that convenience of autosaving that all, White Day today is even more effective in generating tension; games just aren’t made like this any more, so players are even less comfortable with it.

In addition, Lee can’t fight. He can try to avoid detection by making himself vulnerable and turning off whatever light sources he has. He can also run and hide, though if he makes too much noise he can draw attention. But he can’t fight. Not many modern horror games dare to make a character so vulnerable, and that’s a pity, because nothing removes a player’s agency more effectively than having their character unable to fight back. White Day is not a particularly difficult game (though some of the puzzles sit on the obtuse side), but I was far more tense as I was playing because at no point did I feel like I had the resources to cope with what was likely to be on the other side of the door that I was about to open. A game like Resident Evil 7 certainly knows how to be more difficult at points, but with a weapon in the hand you always feel like you can do something about that challenge.

A final element that I found to be so effective in building horror in White Day was the need to deny yourself light. Light is critical for finding your way around, solving puzzles, and finding objects. But at the same time light attracts the attention of your enemies, so you’ll often be turning out lights and putting away light sources to avoid attention. It’s clever, and similar to how in the Project Zero games you’re constantly being asked to resist your normal fight-or-flight response (in that case, letting the ghosts get close to you rather than keeping at them at a distance), because you do more damage to the ghosts with the game’s camera, which doubles as your weapon, when they’re close. Similarly, White Day asks that you put aside the natural impulse to want to see a threat around you in order to try and avoid it. There’s nothing more disempowering than switching off the lights and hoping for the best. 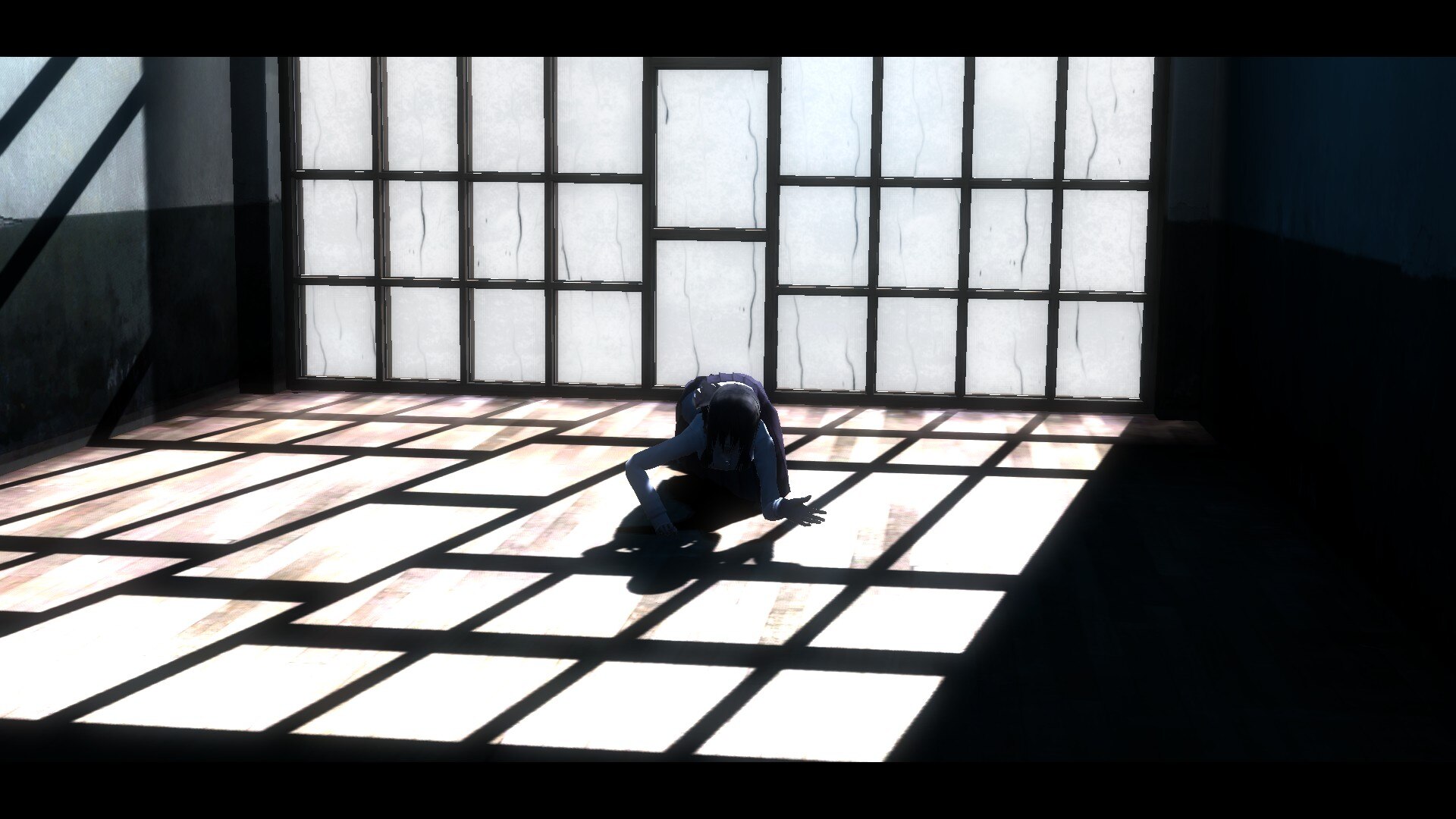 Otherwise, White Day plays like the horror games of old; you’ll scratch around for “keys” (whether that be an actual key or some other tool) to unlock a door that you need to go through to progress further. While you’re doing that you’ll be exploring and solving puzzles, while staying out of reach of the aforementioned enemies. There will be noises in the distance that will cause you to tense up. At other times, the quiet will get so still that you’ll inch forward, preparing for the inevitable shock. And then you’ll get shocked anyway because all horror needs the occasional jump scare. This release of White Day is a remaster and does look substantially better than the original, but it didn’t exactly have the resources that the remake of Yakuza did for Yakuza Kiwami, and it does ask that you apply some imagination for some of its more gruesome scenes to have impact. But then so much of this game’s horror comes through its storytelling that the primitive visuals are quickly and easily forgotten about, and it’s rare that the game relies on grisly, shocking scenes for impact. It does have cute girls though. Incredibly cute girls. I don’t blame our hero dude for chasing their skirts into hell. I’d probably have done the same back in the day.

I’m quoting so much from my original review because there’s not much by way of new information to convey with this game: The Switch port is a near-perfect port of the PlayStation 4 version. It runs fine on Switch, though the loading screens are perhaps a little too extended for their own good. On the plus side, all the DLC that was released for the PS4 version some years ago is included in the base game here for free. It’s just costumes, but they’re a fun bunch of costumes, ranging from things that turn the janitors into hilarious comedy horror villains to, yes, swimsuits for those incredibly pretty characters. It’s also important to note the portable form factor; on the relatively small Switch screen (by comparison to a TV), the more primitive qualities of White Day’s aesthetics are less noticeable. The lack of detail in environments and the “plastic” quality to the character models looks far better on the Switch’s screen, making this the definitive version to play.

White Day: A Labyrinth Named School is, simply, an excellent game. If you haven’t played it yet, you should. The new wave of re-releases of it, for the modern consoles, but especially the Nintendo Switch, give you the chance to do that. So, if you missed it last year, here are your Halloween chills for 2022 served up to you.