While Game Freak continues to try and innovate within the Pokémon property, and find its next hit evolution (sorry for the pun, I couldn’t resist), there is still a loud demand for the “classical” monster-collecting formula. I feel that myself – I often find myself booting up my 3DS for a burst of the original Pokémon Blue, and as much as I enjoyed the likes of Arceus and Sword & Shield, there is a quality about the “classic” Pokémon that can’t actually be iterated or improved on. Coromon aims to be that game for people who feel that Pokémon’s later editions have left them behind.

Unfortunately, Coromon is so derivative that the overwhelming bulk of the experience is asking you to compare, like-for-like, the experience to that of Pokémon. The game therefore becomes a case study to highlight the big problem with building a slavish homage; you better be sure that your game does things better.

Coromon does not. In Coromon you collect monsters that look like a young artist’s attempt to emulate Pokémon and then take them on quest that apes Pokémon nearly perfectly, but in doing so fails to be interesting in its own right. Battles are strictly turn-based affairs, where you’ll select an ability from the (up to) four that your monster can take into battle. Some have strengths and weaknesses against specific enemy types, exactly as you would expect from this kind of game. Then, when fighting wild ‘mon’s, if you get their health down low enough, you can throw a spinner at them (rather than a pokéball, but same effect) that, with any luck, will result in you catching yourself a critter.

The cheap presentation of these monsters hardly makes getting ‘em all quite the same compelling journey, however. They look okay, but their little animal cries as they’re summoned to the field sound like a human voice actor was asked to make silly noises into a microphone, and some of the abilities have attacks animations that look more like clip art placeholder stuff than something that should be in a commercial product. Backgrounds are nice enough, albeit mundane, and that makes visiting new areas nice at first. However, because there are relatively few monsters, exploring those areas quickly becomes draining, because all you’ll be doing is looking at the same two or three monsters over and over again, thanks to an incredibly aggressive random encounter rate.

There are things that the developers got right, however. The single most interesting unique feature to Coromon is the secondary experience bar. When your monsters defeat enemies, they get two sets of experience. One results in monsters levelling up as normal, but the other gives you three attribute points to distribute as you see fit. If you want a glass cannon, you can dump all the points into the attack rating. If you’d rather build survivability, you can enhance defence or health instead. The monsters will still develop according to their type and genetics as they level up, but that little bit of extra control you have from the secondary experience system can help you play on with a favourite monster, even if their base stats aren’t quite up to snuff.

The Coromon quest is much the same as the Pokémon one, in that you’ll be moving from town to town, solving local problems while also dealing with a broader threat. There are some issues with the pacing of it, sadly. Dungeon sections tend to go on for too long which, coupled with the crazy random encounter rate, means you can go for great lengths of time without progressing the narrative, only for the story bits to then be over in a blink of an eye. I personally find poor pacing to be annoying, however in Coromon, it’s less of a problem than the sidequests that have been rammed in there, forcing you to do mundane things like battle X number of enemies just to keep the quest journal clear. The original Pokemon games didn’t have side quests and this would have been one of those things the developers would have been better served to copy wholesale. 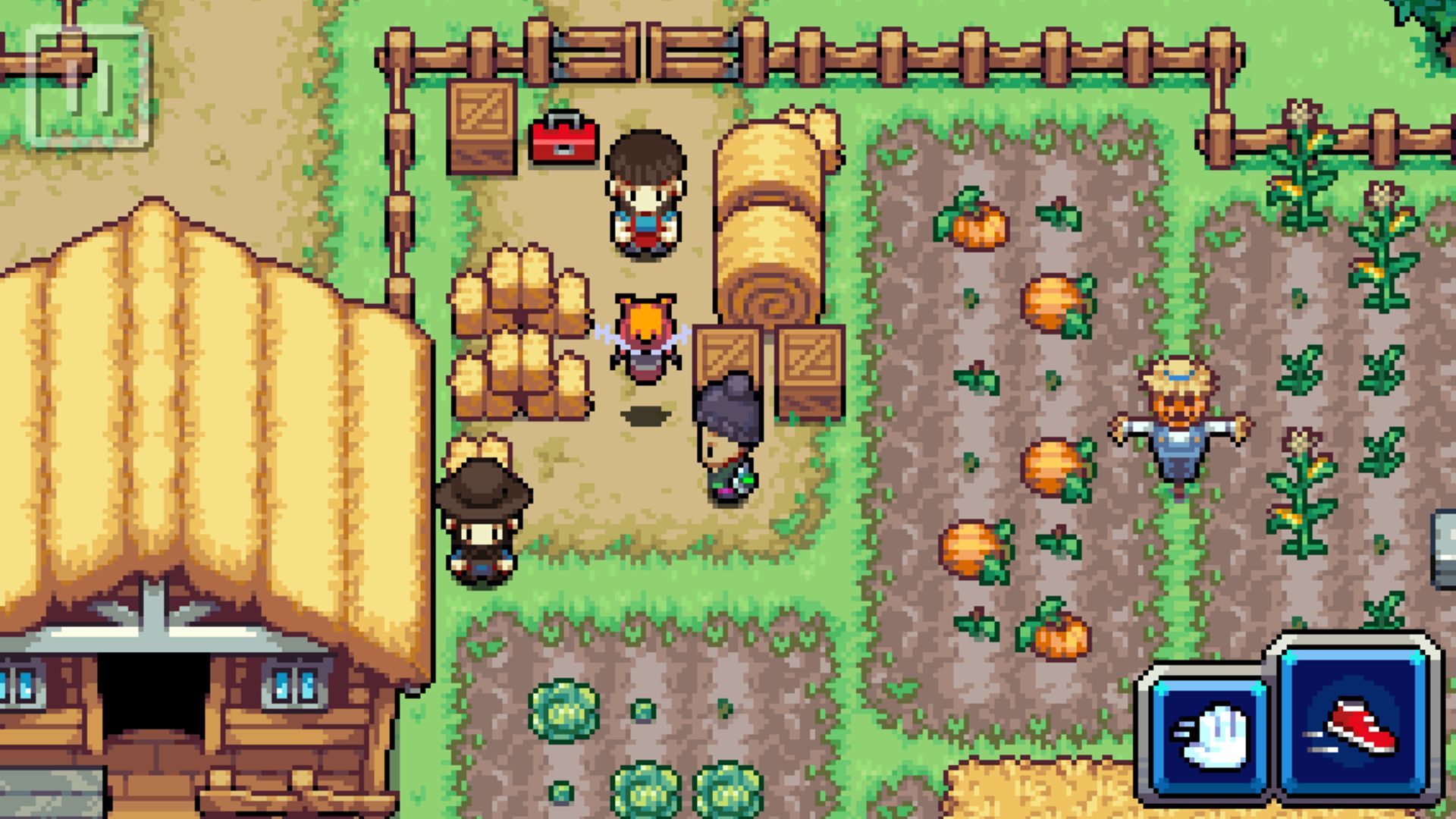 One final difference between Pokémon and Coromon that I did appreciate was the ability to tailor your difficulty settings. If you wanted to go hardcore and set things so that if your Coromon “faints” in battle they disappear completely, you can do that. Having a rare “shiny” monster float off into the ether thanks to a freak critical hit from the enemy is a gut punch, I tell you what. It certainly forces you to play strategically, however, and you can always opt for a lower difficulty setting if you just want to breeze through the game. I would recommend you go with the hardcore mode, though, since that’s something that Pokémon has never offered and does help give Coromon a texture that could be considered its own.

There’s not much else to say about Coromon. However you slice it, you’re ultimately getting a slavish homage to the early-era Pokémon games, but one that can’t get anywhere near their quality. Coromon is let down by having even fewer monsters to collect than the very first Pokémon, and some amateurish production values and gameplay design that Game Freak, for all its faults with the presentation of its own games, would never let happen. It’s still fun, because it’s so akin to Pokémon that of course it’s fun, but Coromon’s immediate rival, Nexomon (also available on Switch), actually tries to subvert some of the expectations of the genre, and comes off as the most interesting work as a consequence.

Valkyrie Elysium seems destined to be one of the rapidly…