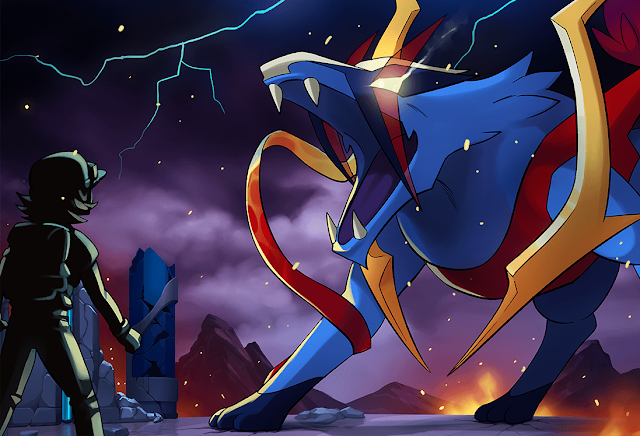 Pokémon is a hard thing to “clone.” Think about it – you’ve got to balance out hundreds (and hundreds) of collectible critters, and make sure there’s a steady flow of them to collect throughout a full-length JRPG. Then you’ve also got to make sure they’re all aesthetically pleasing, and on top of all that, give players enough of an incentive to push on further through the game. Pokémon is great when it’s done well, but even in comparison to other JRPG sub-genres, it’s a difficult development challenge, both creatively and logistically.

I went into Nexomon: Extinction expecting an indie clone of Pokémon. The screenshots and short clips of the game in play were anything but exciting. And yet, once I started playing those expectations washed away, and quickly. I really, really like this game.

It’s what Nexomon does to gently parody The Pokémon Experience that really gets me. It’s silly and self-aware, but not in a way that comes across as contrived. It is also filled will little in-jokes, such as a little QTE that you play when trying to catch a Nexomon which may or may not do anything to actually help improve the chances of catching the monster, but hearkens back to the early days of Pokémon where people would share “rumours” of button combinations that would boost your chances of catching a ‘Mon. Where Pokémon is a generally linear journey from town to town, Nexomon likes to have you returning to previous locations and zipping around a hub world. These are all subtle little things, but help to give Nexomon that much-needed personality of its own, and that helps it sidestep the trap of being just a “low-budget clone.” 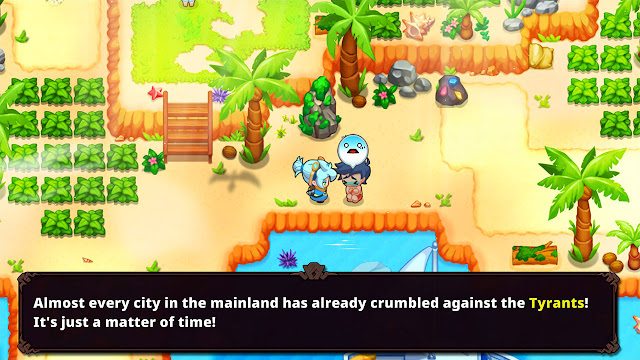 It is a little grindy at first (though I’m told there will be a patch that solves that), but once you get into the game proper, it flows nicely, too. With 380 or so monsters to collect, you’ve got plenty of room to play around with your party, and while I thought that the monster designs looked a little too “cutting room floor” in those screenshots, once I found myself making decisions about which critters to form my battle party of six out of I realised that there were a lot of designs that I really, really liked, too. There’s a wry sense of humour with a fair few of them too – I had a good long chuckle the first time I came across Porklet, for example, as a pig that uses fire abilities (fire + pig = pork + cutlet… gettit?). And where Game Freak found itself in some trouble with Pokémon Sword and Shield for using 3D graphics and worlds but at a standard many were unhappy with, Nexomon is blissfully 2D and HD with the sprites. This is a colourful, vibrant and bright world to discover and collect-em-all within.

Moving past the humour, Nexomon has a surprisingly rich narrative. Most Pokémon-likes go light on the overarching narrative, and even the rivalry between the protagonist and the hostile factions of most of the Pokémon games themselves is really barely more than a running side distraction, for example. Nexomon is much more heavily narrative-driven, and there are just enough mysteries, surprises and twists to make this the kind of narrative where you do want to see what comes next. It’s not making any grand philosophical point of its narrative, but it’s the video game equivalent of a youth fiction page-turner, and that’s nothing to sneeze at when it’s done this well.

Where Nexomon might throw people off – particularly those that have invested much of their lives into Pokémon, is the flow of battles themselves. It took me a while to “unlearn” my expectations of what should happen in a Nexomon battle. For example, rather than having a set number of “uses” for each of the four abilities that a Nexomon takes into battle, there’s now a single “SP” point pool, with more powerful abilities using up more of the pool. If the pool of SP runs out, the Nexomon will stand around and do nothing for a turn in “tired” state, which will recover a small amount of SP. For the longest time, I was accidentally running out of SP because I was forgetting to keep an eye on that pool. I was just that used to each combat ability having a set number of uses between trips to the healing station. 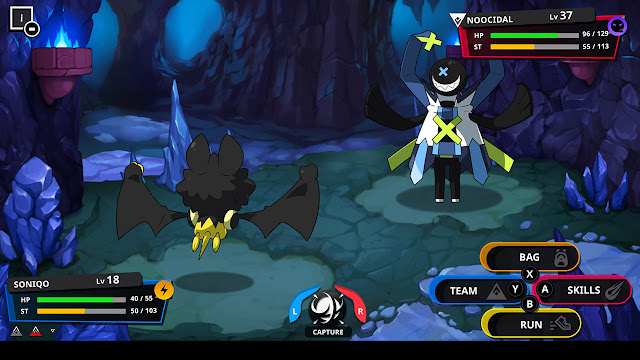 Another big change is the strengths and weaknesses dynamic. Just like in Pokémon, some Nexomon will take more damage from certain elemental abilities. For example, fire Nexomon don’t like water attacks. Lighting Nexomon don’t get along well with leafy species. However, unless the experience level gap is significant, hitting an enemy with an attack that they’re weak to will only do marginally more damage than a normal attack, and while it’s an advantage, it’s no longer an overwhelming one. I was so used to being able to roll enemies much higher in level just by matching them against my Pokémon that they were weak to that this new balance took some time to re-learn. It’s not worse, though. Once I got into the swing of things I quite enjoyed this balance. It is just different.

The overall design of the world makes it a joy to explore. Areas are small and quick to navigate through when you need to get somewhere in a hurry, but with a half dozen (if not more) Nexomon to catch in each area you’ll end up spending a lot of time in each area for the sake of completion. The opposition trainers also “reset” every so often, and level up their Nexomon as you do, giving you plenty of opportunities to grind up both cash and experience without needing to fight endless battles. And, finally, though random encounters happen in the grassy areas as they do in Pokémon, you’ve got to physically move across a rustling patch of grass to launch the encounter, putting complete control over encounter rates in your hands. I know the other recent Pokémon titles do similar, but it’s nice to see that Nexomon manages to be a homage to the earlier games while not ignoring the learnings of the more recent ones.

Pitched at a delightfully low price for what’s on offer, Nexomon is, potentially, the start of an excellent franchise. The developers have managed to interpret everything that people love about Pokémon and deliver an experience that is both familiar, and yet also its own thing. A great sense of humour, some lovely aesthetics and a quality, balanced combat system make for an easy-playing, low-pressure, and very enjoyable homage. I do think that this game will surprise a lot of genre fans who, like me, went in expecting a clone and got something that far exceeds that.

Nexomon: Extinction – Why I love this game