When Fogtown came up on my Twitter feed last week, it piqued my interest a little bit. Planned to be a TV series and interactive game featuring finger puppets (everybody loves puppets!), Fogtown is meant to appeal to mystery fans of all ages. However, I just about lost my mind today when it was announced that it would star Rupert Booth, who has gone down in history for his roles in FMV video games. And so, we end up here, talking about puppets and a western television show on a site about gaming and Japanese media. What a world!

In the below video, Rupert Booth announces himself as “an actor who appears in FMV game sometimes.” Instantly, I’m reminded of why I like him: he’s so emotive, even when playing characters who are super serious (like in The Shapeshifting Detective). His voice is darn near magical, to the point I’d actually listen to audiobooks if he narrated them. He wants to be a puppet, we want him to be a puppet, let’s make him a puppet! He’s also asking for money because, well, crowdsourcing.


And now that we know that Booth will be in the series and game, it’s time to dive a little bit more into what Fogtown actually is. It’s the first television show to be made with finger puppets. The investigative comedy series focuses on the brilliant Sherblock and his devoted companion Blockson. Yes, if you’re picturing Sherlock and Watson with blockheads, you’d be about right. Fogtown combines cutting-edge visual production and the timeless charm of puppets. The puppets are filmed against realtime 3D background (using the same technology as The Mandalorian).

Fogtown is a city stuffed with crimes: art heists, missing people, corruption, kidnapped pets, and murder aren’t uncommon there. Too bad Sherblock struggles to focus on one thing at a time! In the first episode of the television series, Sherblock struggles to solve a mystery about a master thief while avoiding other cases being thrown at him.

The cast includes Stephen Russell (Thief) as antagonist the Moth Napper, Rizwarn Manji (Schitt’s Creek, one of the more important television series of this generation) as Inspector LeFraude, Tricia Brioux (The Witch) as Mrs. Hud the landlady, and Chris Yamez (a TikToker) as Sherblock. 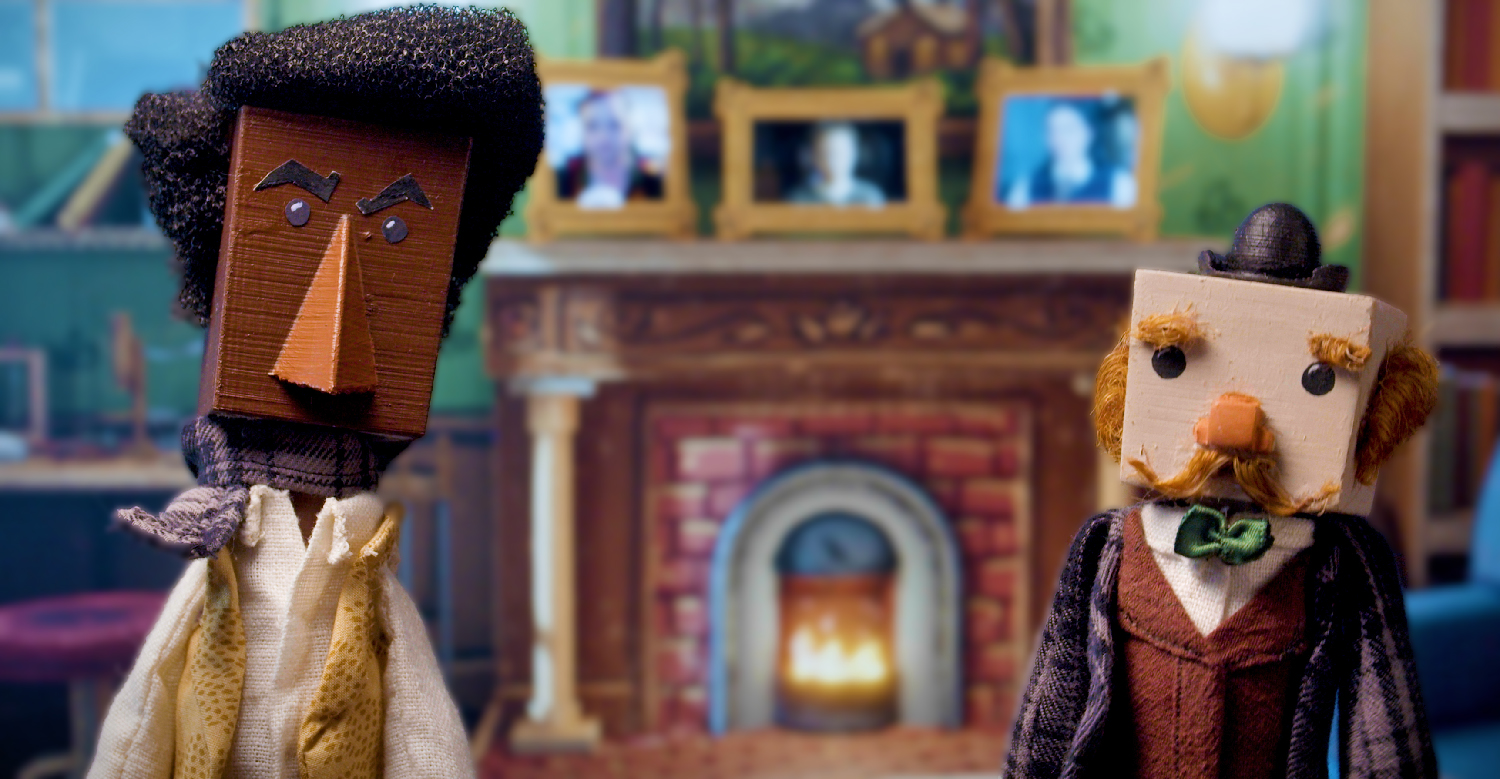 Since the initial cast announcement, there have been a few new people announced outside of Rupert Booth: Dean Erickson (from FMV game The Beast Within: A Gabriel Night Mystery), Paul Morgan Stetler (from FMV game Phantasmagoria: A Puzzle of Flesh), and Lenval Brown (the narrator in Disco Elysium). My biggest beef about the series/game is that most of the announced cast is male! Where are the ladies, my good fellas? I see one listed on the crowdfunding page, and any announcements since then have been for male actors.

Fogtown is currently in crowdfunding mode over at Seed & Spark; as of writing, it has reached 41% of its $49,000 goal through 130 supporters. The funds currently being raised will go towards produced a half-hour television pilot, so the game isn’t even in sight at this point in time. Is it a bit early to be reporting on the game part? Probably. But if it’s got Rupert Booth, it’s got my interest.