It’s amazing to think about this, given how fundamentally popular the games have been over many years now, but there hasn’t been a Hatsune Miku rhythm game released onto the PC before. Not a proper one, anyway. There has been a VR thing, and it was fine for what it was, but people who enjoyed the classic arcade Miku rhythm action from the arcades have had to stick to consoles for the Project Diva experience. Until now. Hatsune Miku: Project Diva Megamix+ might not offer too much more than we’ve already seen from previous Miku games, but it is nonetheless the most well-rounded effort of all time.

Related reading: My 4,000-word review of the Hatsune Miku Project Diva Future Tone on PlayStation 4 is the most comprehensive Miku review you’ll ever find. Read it here – most of it applies to this game as well.

This is basically an enhanced version of the Switch Project Diva Megamix, and as I’ve already written thousands of words about that game (and then many thousands more about the Miku Future Tone on PlayStation 4, which is basically the same game, before it – see link above), I’m not going to explain why I love this series from SEGA as much as I do at length again. The short version is that it is exceptional, being both classically basic as a rhythm game, and also challenging and rewarding. Furthermore, the presentation is spot on, with music video-like clips running in the background of each track being much more interesting than the blank screens and beatmaps that come with many other rhythm titles. Most importantly of all, of course, is Hatsune Miku and her Vocaloid pals, which continue to fascinate me in terms of what they mean for everything from our sociocultural concept of celebrity, to the way music is produced, and how fan communities engage with the thing that they’re a fan of.

My infatuation with Hatsune Miku, which started with the first PlayStation Vita title many years ago, resulted in me going to multiple live concerts, and picking up a nasty (as in expensive) hobby of Miku figures. These things run to $500 each, and I don’t bat an eyelid at buying them. I’ve got more than 60 on display in my home now. It’s like a museum. I even have a doll that set me back $1,000 all by itself. You think free-to-play games with gacha are bad? Try being a “whale” for Miku stuff, walking into a figure shop in Akihabara and seeing 20 new figures all lined up in their boxes… The point here is that these games hooked me into the Miku fandom hard, and, I see these games as being much more than games. They are in a very real sense my main hobby, and, as I wrote earlier, Megamix+ on PC is in every way the ultimate edition. 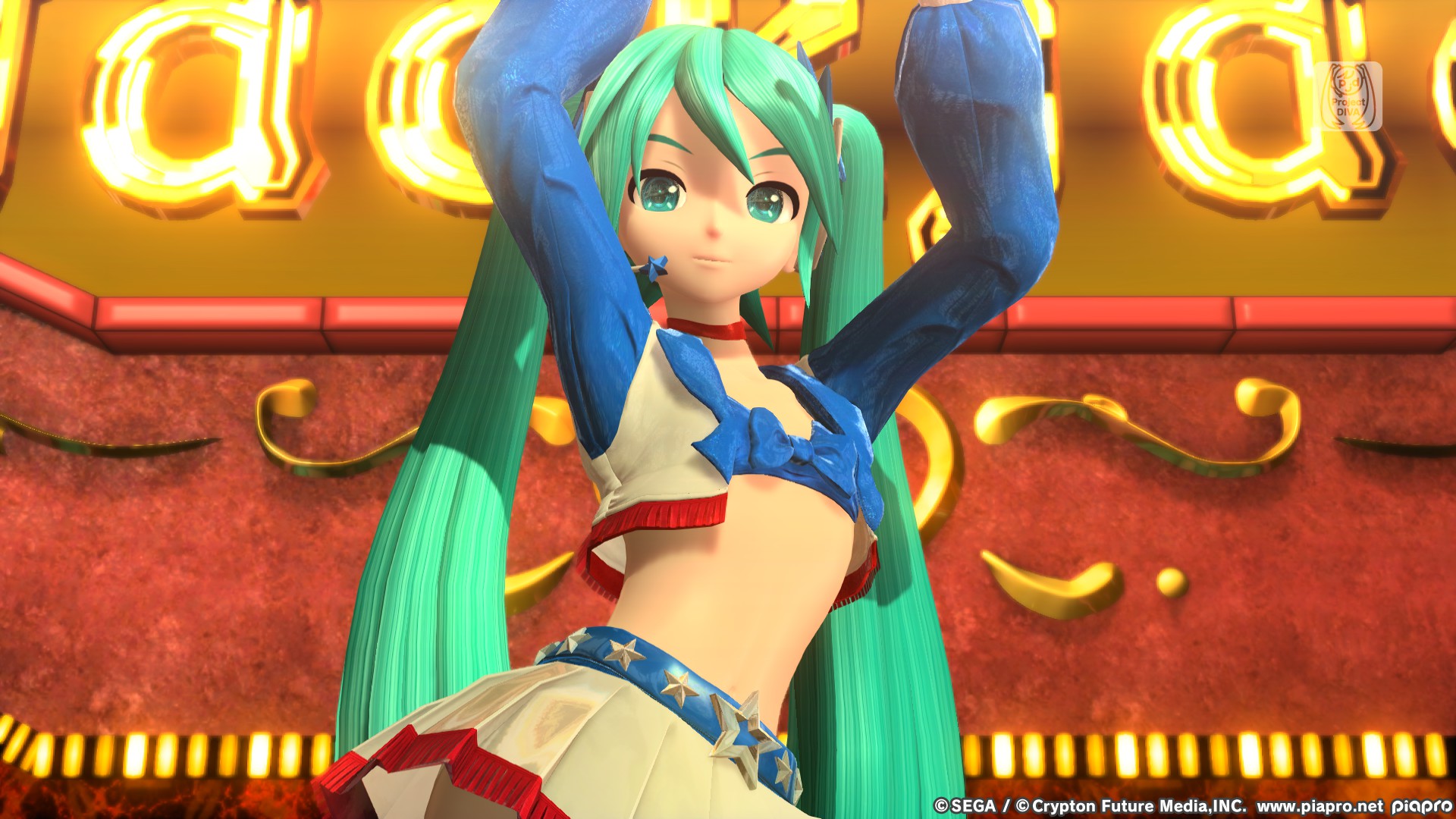 For one thing, you can choose between the character models from the earlier Project Diva Future Tone (which is basically the arcade original art) and the Switch character models, which had a different engine. The debate over which is better is pretty fierce, and some will prefer the more bright, cartoony, and “modern” Switch aesthetics, while others would prefer the more “realistic” (in a plastic mannequin kind of way) look of the original. I personally prefer the arcade game, so being able to play the Switch game’s tracklist with my preferred character models as I can on PC would have made the purchase worthwhile all in itself, even if there was nothing else to convince me to once again break out my wallet.

Speaking of the tracklist, if you invest in the base game and DLC that’s currently available (and why wouldn’t you?) you get over 250 songs, and as far as I can remember that’s every bit of Miku music that has been turned into a video game, with the exception of the tracklist to Miku Project Diva X (which is actually a bummer because there are some cracking pieces of music on there). Most of the tracks have at least four difficulty settings, some have five, and so, even if you were able to clear each track with a “perfect” score on every difficulty setting on the first attempt (and that would be impossible), simple math tells you that it will take around 50 hours to “beat” the game. As content, that’s unbelievably good value, and while that’s an unrealistic way to play (there will be tracks you don’t like, and unless you’re super hardcore you’re not going to bother with the extreme difficulty), Miku Megamix+ is, effectively, endless. Between Future Tone on the PS4 and the original Megamix on Switch I’ve logged around 1,500 hours so far, and already the hours are piling up all over again.

There are additional advantages to the PC as a platform for this series. One big one is that you can more easily find a controller that ideally suits your comfort zone. To be clear, the Miku games really are incredibly demanding, requiring both speed and precise timing, and the controller you use matters. On PC I have personally found 8BitDo controllers, which tend to have a very short travel time for a button press, to be the ideal way to play, but because there is such a broad range of controller designs that will work, you’ll really be able to try a lot until you find the right one for you. I don’t know if it’s just familiarity at this point (and in fairness it probably is), but I’m finding the higher difficulty levels easier than ever thanks to the broader range of controllers that I have access to. 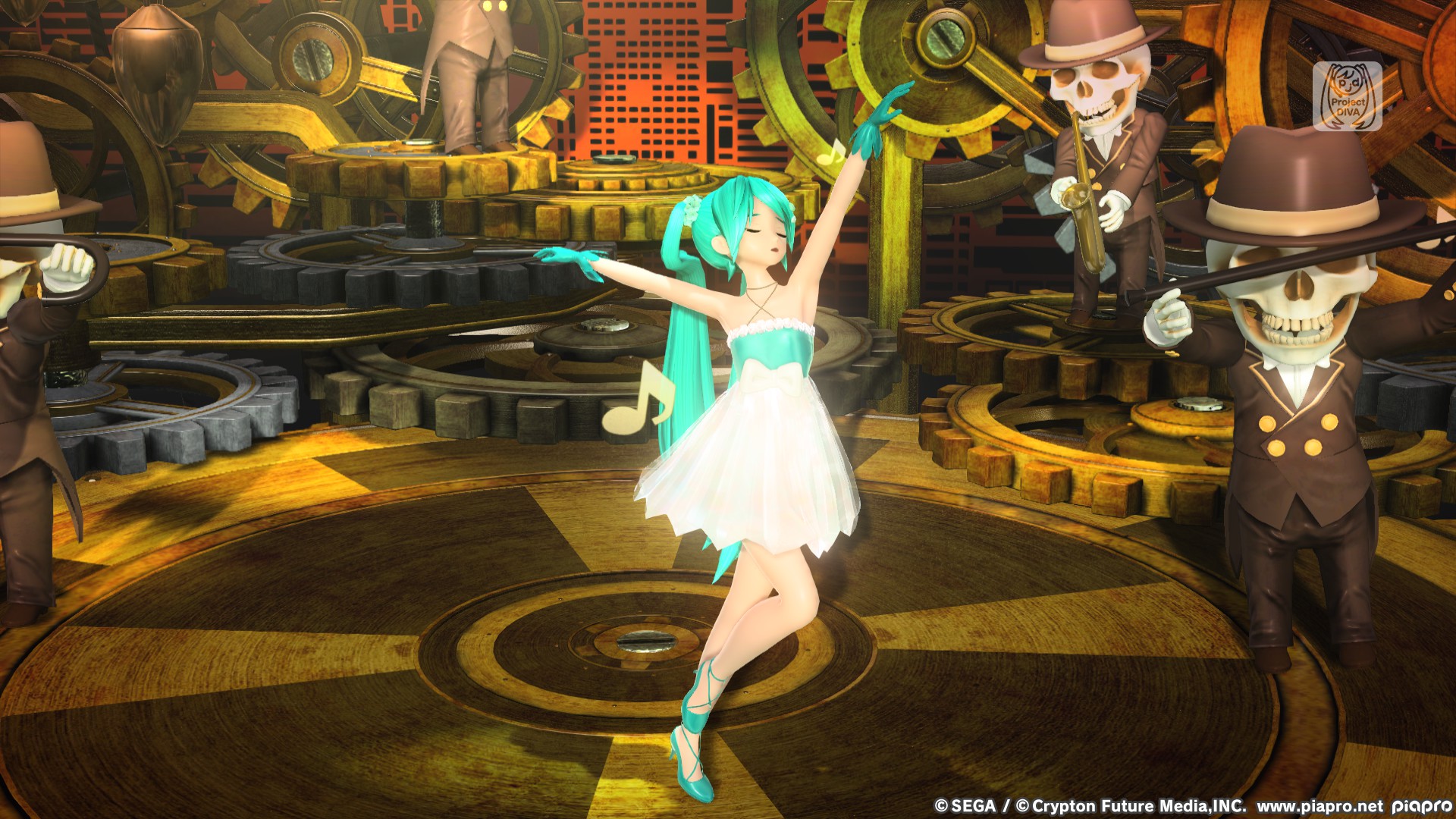 Another advantage with PC is the relative ease to find and use mods. Mods aren’t really a thing you want to be messing around on with console unless you’re super-comfortable with jailbreaks and the like, and despite my deep commitment to getting the most out of the Miku series, I’ve never felt the desire to go through that with the console versions. With PC, however, mods are much (much) easier, and I can’t wait to see what the community does with this game. Given that the Miku community have tools for everything from costumes to entire dance routines sitting right there, you’ve got to think that this will be a real playground for them.

In fact, just days after release, there is already a big range of mods out there that run the gamut from being fun and cheerful to, well, R18ing up the place (I fully believe that was the very first mod that anyone started working on when they found out about this release). Are you going to have to trawl Discord to find the good stuff? Yes, of course, but that’s both very easy to do (took me all of ten minutes of searching, and I had no idea where to look at first), and then install (typically you’re just dropping a file in the game folder, after all). I must admit I’ve never been big into modding, but with this one, I could not resist. It has resulted in a very different experience to the console Miku now, but that’s just giving me the best of both worlds.

Mods are of course unofficial (especially the ones I’ve gone and installed), but as far as official support goes, the PC is a more easily expandable platform via small DLC drops and the like, and I could easily see SEGA using Megamix+ as the foundation for many more years of new music drops and features ahead. Because PC hardware itself is quite versatile you’ll also be able to more easily create your own Miku arcade cabinets using the Steam version than you ever could with consoles (and yes, that is a DIY project I now have my sights on), and really, the creative sky’s the limit all over again with this release. I had thought that SEGA was phasing out the license, given that Crypton is now branching into its own game projects. Those are only little (but charming) puzzle things for now, but I had figured it was only a matter of time before there were Crypton rhythm releases on the horizon. It seems like SEGA hasn’t quite given up on the license after all. 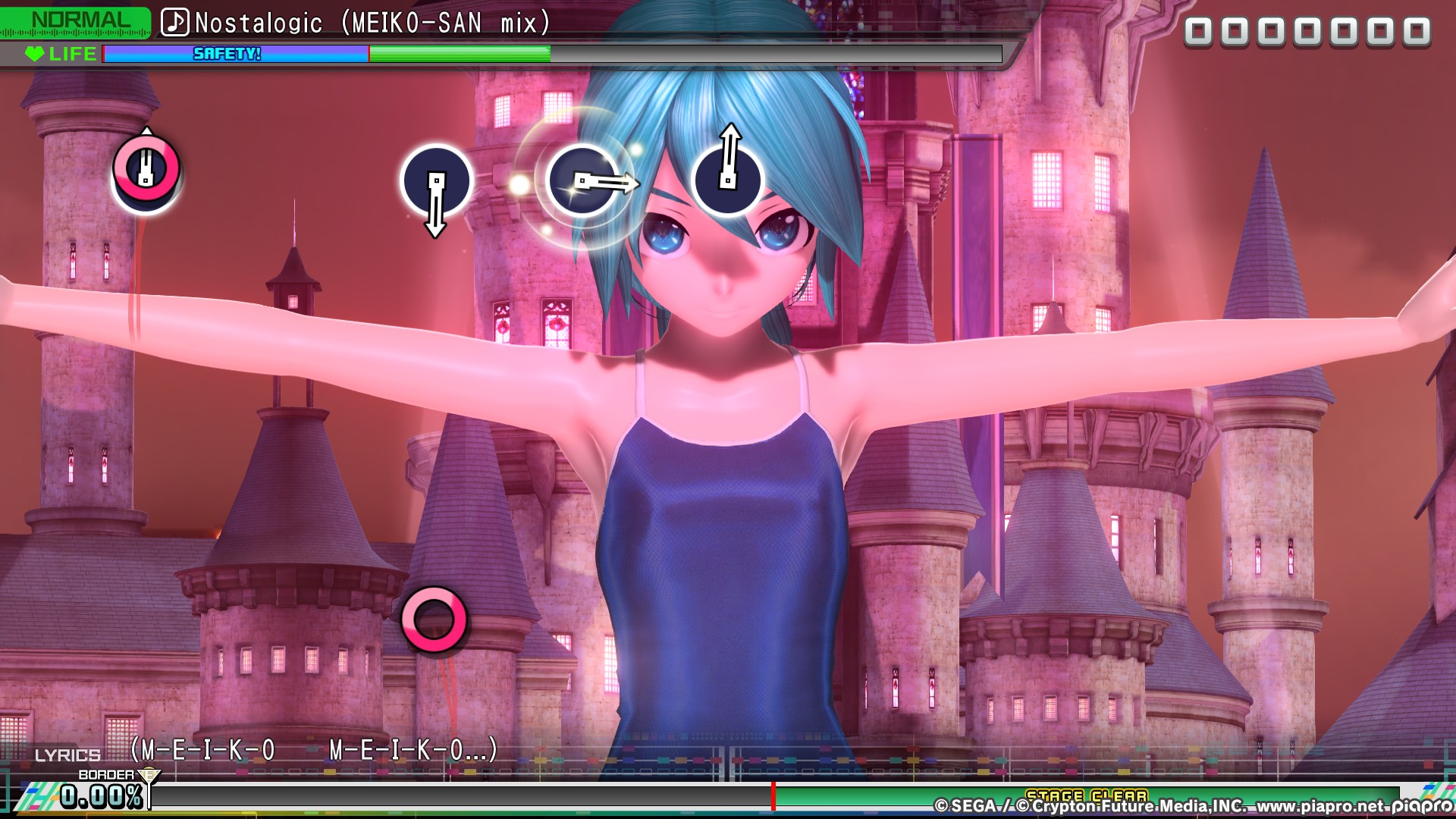 The only downside to the PC version, as with most things to do with PC, is that the system configuration can be a pain and things can go wrong. I had to spend an hour messing around with my PC’s sound system and digging through the discussion threads for help because the speakers refused to “talk” to the game to play sounds or music (a rather big issue for a rhythm game). I’d never had that problem with anything I had played on PC beforehand. I got it working just fine, but that wasn’t how I wanted to spend my first hour with something I was obviously excited to start playing. I’ve also seen a lot of people reporting issues with their controllers appearing to fail to register the very occasional button press, which might not sound like much, but each track might involve 300+ button presses, and a single dropped note would ruin an attempt to get a perfect score. There would be very few more frustrating things than that happening, but in fairness, that could just as easily be an issue with the individual’s controllers, or the controller type. I’ve used three different types of 8BitDo wirelessly, and a Logitech wired controller, and had no issues with dropped notes with any of them.

For years now, Hatsune Miku games have been the thing I’ve turned to when I’ve been stressed, tired, unhappy, or just had a bad day. They have never, ever failed to cheer me up, because of their warm spirit, bright energy, and, of course, Miku herself. Naturally, I also play them when I’m in a good mood, because there’s a timeless joy to pressing buttons to music, and Miku captures that very simple joy better than most. It has nearly been ten years now since I first discovered Hatsune Miku, and I doubt there has been more than a two week period where I haven’t played one of the games. There really is nothing better, and now that it’s on PC I’m feeling joy all over again.

We get a lot of games, films, books, and other…

Interesting games on Itch.io: May 30