On bringing Chrono Cross back: Developer Q & A

Chrono Cross is one of the all-time great JRPGs. We talk to the producer of the new remaster, on PS4 and Switch.

Chrono Cross is one of the all-time great JRPGs. It was recently re-released as the Radical Dreamers Edition on PlayStation 4 and Nintendo Switch, and it remains an incredible game, as we discuss in our review.

We recently had the opportunity to fire off some quick questions to the game’s producer, Sakamoto Koichiro, about why Square Enix made the decision to dust the game off now, what is so enduring about it, and what makes it such a beloved JRPG.

Matt S: Is there any particular reason that you’ve held on Chrono Cross until now for a re-release? We’ve had so many ports of Chrono Trigger but this is the first time that Chrono Cross has had a new lease on life.

Koichiro S: There are already ports of Chrono Trigger available on multiple platforms, so you can still to play it to this day.

However, as the PlayStation 3 and PlayStation Vita are no longer current consoles, there isn’t anywhere you can play Chrono Cross anymore.

We thought it’d be very unfortunate to let Chrono Cross fade away like that, so we started working on the remaster project.

The reality is that it took a long time to make it, not that we were holding onto it. 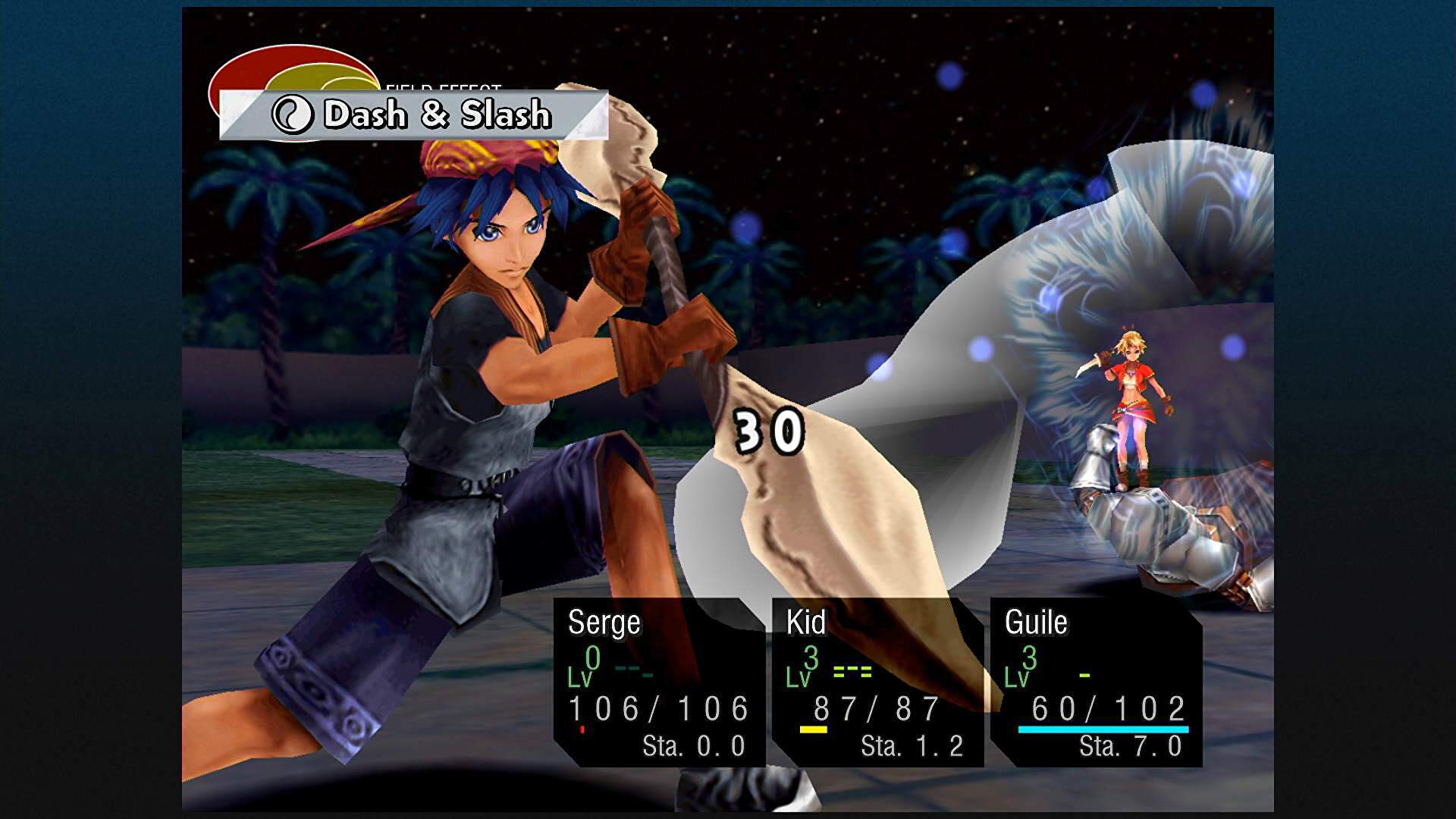 Matt S: Do you think people will respond differently to Chrono Cross today than they may have on the game’s original release?

Matt S: What, for you, are the most important themes of Chrono Cross, and how do you think they translate in 2022?

Koichiro S: The director of the original game, Mr Kato, has kindly answered this:

It’d have to be the parallel worlds. Life is made up of an endless number of choices and diverging routes. These days, the internet has made it possible to connect instantly with the entire world, opening the door to even greater opportunities than before. At the same time, this means people will find themselves standing at even more complex and difficult crossroads all the more often. I hope our players approach things with an open mind and keep their eyes on the future as they press ever forward.

Matt S: The JRPG genre doesn’t age like some others, and many JRPGs from decades ago – including Chrono Cross and Chrono Trigger – remain as beloved and “playable” as they were on their first release. What is it about the genre that you think makes it timeless?

Koichiro S: I think it’d have to be the story.

I believe that interesting stories can immerse the player and can overcome dated graphics, regardless of whether in 2D or 3D.

Matt S: Chrono Cross is famous for having a large roster of characters for the party – from memory there are 45 or so? Who are some of the highlights that people should look forward to meeting?

Koichiro S: To be exact, there are 44 characters.

I think that the game will be interesting no matter which ones you play with, but if you want to make the combat easier, then I’d go with Glenn, Grobyc or Riddel.

I personally like Mojo, but that’s completely just down to how he looks! 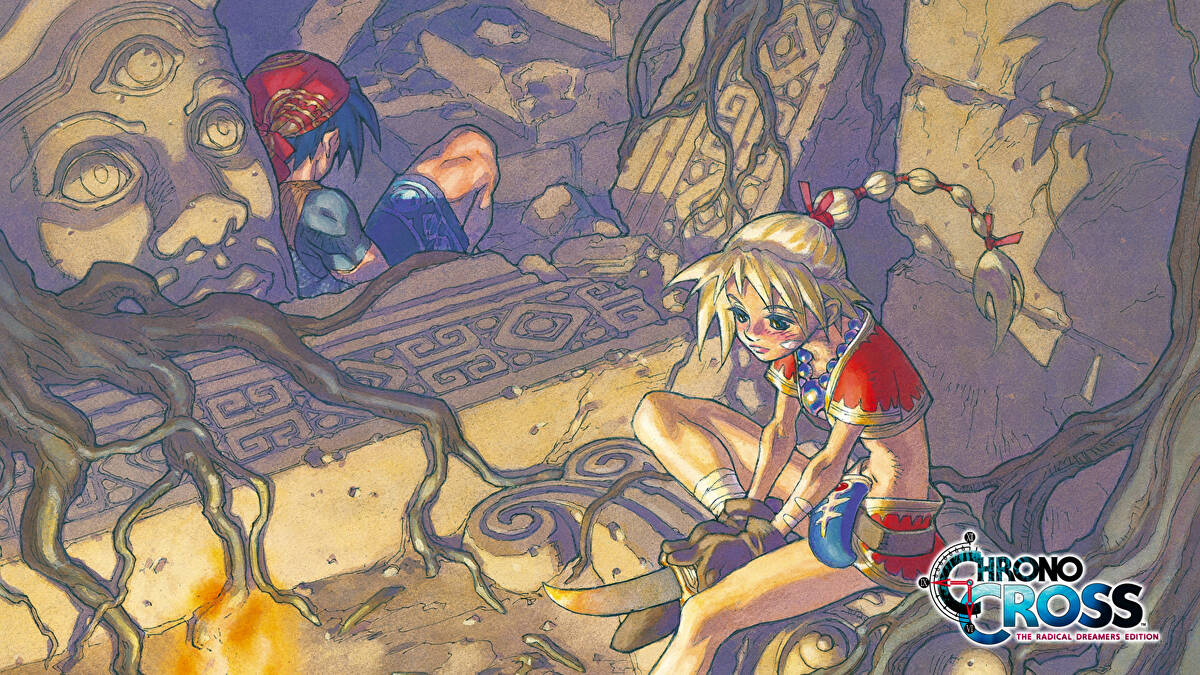 Matt S: RADICAL DREAMERS – Le Trésor Interdit is going to be localised for the first time as part of this release. What should fans expect from it, and is it relevant to people who haven’t played the game before?

I hope you’ll enjoy the differences from the main story of CHRONO CROSS.

There are six other scenarios as well, allowing players to enjoy a varied selection of stories in a sound novel format.

For RADICAL DREAMERS – Le Trésor Interdit –, aside from the fact that it’s the origin of CHRONO CROSS, I also think that the amount of variety in the different scenarios is fun. Something else special is the way in which you’ll be able to have a deeper enjoyment of CHRONO CROSS after playing RADICAL DREAMERS – Le Trésor Interdit –.

(Of course, I think that playing RADICAL DREAMERS – Le Trésor Interdit – after completing CHRONO CROSS also allows you to notice things you may otherwise not have picked up on!)

Matt S: I remember that Chrono Cross ranked highly on the list of games that fans wanted a sequel to – and they were quite vocal about it. Is this release in any way an effort to test the waters to see if there’s still interest in an ongoing Chrono series?

Koichiro S: We don’t have any plans at the moment, and I don’t know what the future holds.

Matt S: Auto-battle and the ability to skip combat entirely are great quality of life features. How does the team decide on the features that it wants to update with these remasters?

Koichiro S: This is just my opinion, but I think a lot of people who played SNES and PlayStation games at the time are now working adults. Even some younger people don’t have a lot of time to spend on games.

On top of that, online streaming services are widespread these days, so I think TV is more enjoyable than it was before. 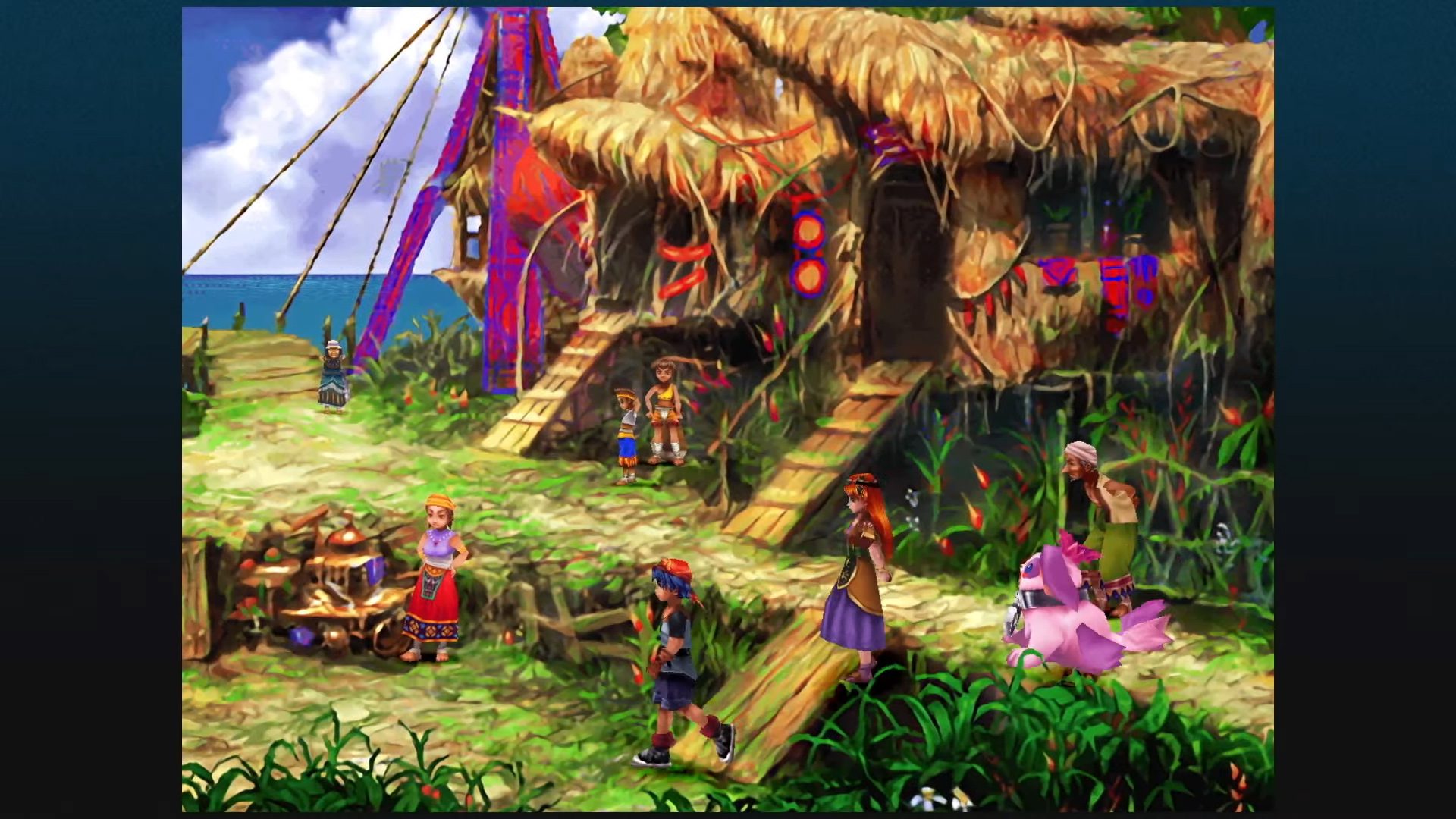 Matt S: One question I’ve had with a lot of Square Enix remasters of PlayStation 1-era games is the decision to do HD renders of the characters. To me, the contrast between the modern-looking character models and existing pre-rendered backgrounds has sometimes clashed. Can you explain to me why there was the need to “upscale” parts of the visuals, but not others?

Koichiro S: The reason they have been revised is because the impression you have of the graphics when looking at PS1 games nowadays is different to when you played them in the past.

When you take a look at PS1 games now, don’t they look more jagged than they did back in the day?

I imagine the reason behind this is the fact that you’re seeing a game you used to play on CRT TV again on an LCD TV, and the way your memories make the game even more beautiful than it actually was.

We touched up the characters as a means to make them look better, whilst keeping that feeling you had when originally playing the game.

If possible, we also wanted to make the background HD, but we gave up on that idea as we didn’t have the original data so we instead upscaled and manually revised it.

We have also made some fine adjustments to the UI.

Matt S: Finally, can you share with me your favourite story about Chrono Cross and how fans have responded to the game? I assume that in the 20 or so years since release you’ve heard some good ones!

I like the ending sequences, but I’m perhaps most attached to the interactions you have with Mojo. The story is somewhat unique and Mojo himself is quite special. I think your view on Mojo will do a complete 180 when you play through these events. For the endings, at the time I was really conscious of the link between game worlds and reality, so it makes me happy when I hear people say that they were moved when they understood the meaning behind the live-action section.

The release of a The Legend of Heroes game is…