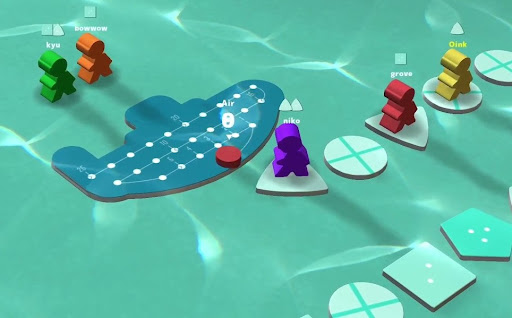 The end of year rush is always so busy that I inevitably miss some games that I had otherwise planned on playing and reviewing (the awards really do take a lot out of me), and then Christmas break hits, and I really do my best to minimise the amount of work I do then, even though I typically accumulate a couple more end-of-year releases. Rather than try and catch up with these games with full reviews (when I already have 2022 games to start playing), I’m going to do mini reviews of four of the most noteworthy games that I missed at the end of last year.

I’ve been puttering around with Ripstone Games’ take on poker for quite some time now, as Poker Club released on the other consoles back in 2020. The Switch being my preferred platform for most things, I jumped at the chance to play the game on it too. Unfortunately, it does lose a bit of the magic in translation. The big problem that Poker Club has on Switch is that it is a fundamentally visual game that Ripstone has developed, with the smoky, dark play spaces, the player avatars, and the cards themselves all being core to the experience. A little like the previous Ripstone takes on Chess and Pool, these things are “-porn” experiences where every effort has been taken to make the pieces, cards, balls, and environments more real, glamourous, and stylish than the real thing. 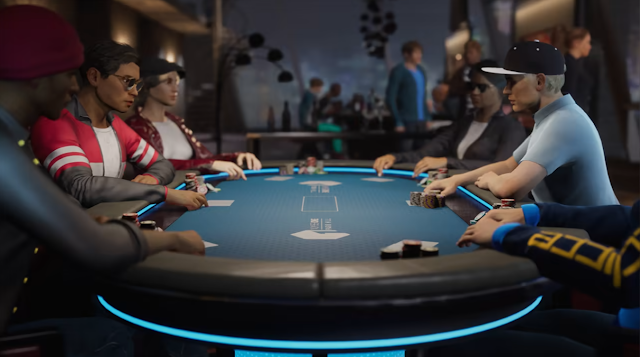 The Switch just isn’t quite up to what Poker Club wants to ask of it. The characters suffer from a drastic reduction in fidelity that means they now look like wooden mannequins with that same, strange pixelated shadow issue that plagues so many Unreal-powered games on Switch. The cards are very readable – and that’s the most important thing, ultimately – but they still lack the crispness that makes them almost tacticle on other platforms. And so on and so forth, as the visual concessions to get Poker Club working on Switch are pretty much down the entire board.

The other issue seems to be that there just aren’t many people into poker on the Switch, as I’ve been playing fairly frequently since launch and very rarely is a table filled with anyone but the AI-powered opponents. Poker just isn’t the same against AI, since bluffing and playing the long game over many hands of cards (90 per cent of the poker strategic experience) is inherently pointless, and even looking past that, the programming of this AI is really shoddy and they’ll all behave the same way hand after hand. It’s great when you need free chips, but Poker Club was built entirely around the social experience and that’s largely absent here. I love Poker Club’s design and philosophy, but unfortunately, where Ripstone’s other games on Switch are exceptional, this is a vastly inferior port and experience.

The Letter: A Horror Visual Novel

EastAsiaSoft has become really good at identifying quirky and interesting visual novels and bringing them to the Switch. The Letter is a very uneven experience, but it does weave a quality and intriguing – if cliché-ridden – blend of horror and visual novel. I’ll quickly list out where the unevenness comes in, because that basically defines the whole experience: firstly, the CG art is exceptional, but the “in-game” art, as sprites chat on with one another, is really poor. I’m not a fan of those sprites at all (though the backgrounds are also lovely). Secondly, the actual horror bits are awesome. Putting aside some rather pointless and fiddly minigames that you either pass or get a game over on (and have to play over and over again until you do finally pass), the horror is suitably grotesque and tautly-written. However, outside of the horror parts, characterisation struggles (far too often characters have an opinion or position on something, only to express a polar opposite opinion a few sentences later), and many of the scenes go on for far too long on matters that are frivolous and don’t really add to the whole.

However, with all that being said, The Letter has a real X-factor to it. There’s a rich relationship system at play, and I found myself checking that frequently to see if my decisions are hurting relationships with other characters (and then wondering on the implications of that). I also really like the way that the game moves between perspectives, so you can see events from multiple different eyes. That has always been a favourite narrative technique. Once I turned the voice acting off (it’s not good at all, and the developers don’t even try and get ethnicity right – there is one character who is explicitly from the Philippines who has the accent of an actor who can’t have ever left America in the lives) I became quite invested in a fair few of the stories that play out through The Letter.

So, while the horror might be a little too much of a pastiche for its own good (it does go places sometimes, but a “haunted letter”, Ring-style, is a shoddy hook in 2021), there’s something very readable and enjoyable about The Letter. It’s not particularly deep, but it’s significantly better than amateur standard, the editing is clean, and you can just tell that this was a labour of love for the development team. It might not be an Otomate production, but this is of a standard that well exceeds most other indie visual novels.

Pawn of the Dead

Battle Chess is one of my all-time favourite takes on the classic board game, and Pawn of the Dead promised that exact experience… with zombies. It’s a perfectly fine concept, but in practice, this game is shockingly bad and captures none of the thrills that come from watching pieces actually battle it out as you move them around the board. The quirk that Pawn of the Dead tries to implement is that when a zombie (the black side) kills a human character (the white side), that human becomes a zombie. How this is implemented is a series of chess puzzles, just like what you see in newspapers and puzzle books, where you need to “solve” a scenario using the right combination of movements for each piece. The puzzles are fine (if completely uninspiring), but an innovative take on chess that was promised this is not. 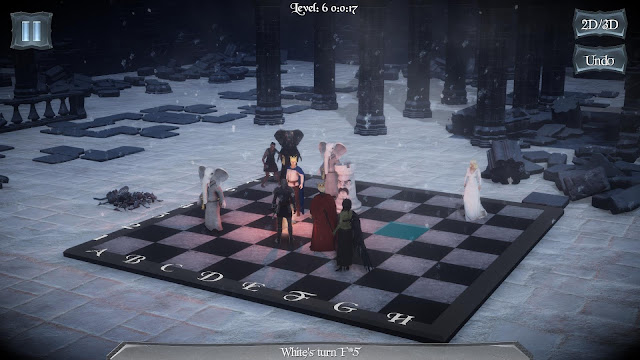 Matters are made worse by this “main” mode actually boasting about having cut scenes and a narrative… with the problem being that the cut scenes are taken directly from the dodgiest of Hidden Object or DVD choose-your-own-adventure games “shows”, circa 20 years ago. There’s no interesting story that backs those painfully poor cut scenes up, either. If you think bad Game of Thrones fan fiction, and you’re not going to be far away from the truth of things.

You can play regular chess, too, and it works, though there’s an utter lack of inspiration behind the little battles between the chess pieces. Worse, the AI isn’t going to throw up a challenge to anyone but the most beginner of chess beginners. Finally, it’s all terribly ugly, most notably with the backgrounds, where we’re meant to be able to fight in “towns”, “graveyards”, “castles” and other locations, but in practice, the developer just has just dropped a differently-shaped rock here and there and called it a day. There are exceptional options for chess on the Switch. Pawn of the Dead, meanwhile, is one of the poorest games on the console.

This little collection of four simple, accessible, and yet worthy board games is exceptional fun for anyone that likes board games on any level. The range between them is amazing, too. There’s a cooperative game, where people need to figure out how to survive on the moon (I’ve actually played that corporate game at team building events, and it’s much more enjoyable here). There’s a silly party game that gets people drawing, and then there is a card and board game, both of which work just as well in single-player as multiplayer and offer simple, but thoughtful, strategic systems. 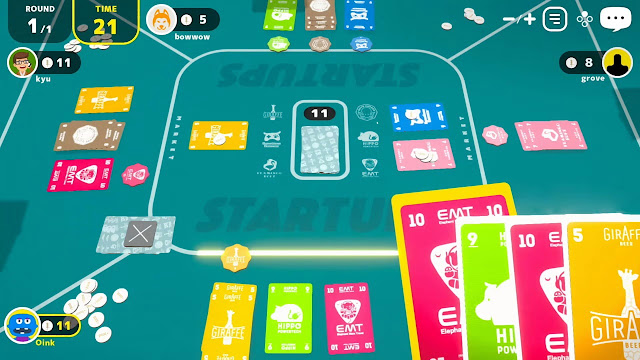 Of the four my favourite is most definitely Startups, where you compete with a number of other players for control over six separate companies. It’s the kind of game that takes 15 minutes to play, but you can play for hours and hours straight because, while you can learn the rules in minutes, there’s a nearly endless depth and nuance to it. All of these games are a delight to play online or off, though you will need separate Switch consoles for each player since half the games in the collection do rely on you having secret information that the others shouldn’t know.

The only real problem with Oink Games is that the single-player experience is a bit too no-frills for its own good. Why can’t I organise a five-round game of Startups against the AI, developers? You’ve implemented a great scoring system that demands play over five (if not ten) rounds, but when you’re playing solo you’re restricted to one game at a time. Thankfully the AI is a challenge without it ever feeling like they cheat, but still, between the limitations of solo play and the fact that two of the four games don’t really work as single-player experiences, you’ll need to go into this being aware that you’re only getting a quarter of the experience unless you can get a Friday evening group together. Thankfully, that should be pretty easy since, once you do play Oink Games, you’ll want to play it a whole lot).