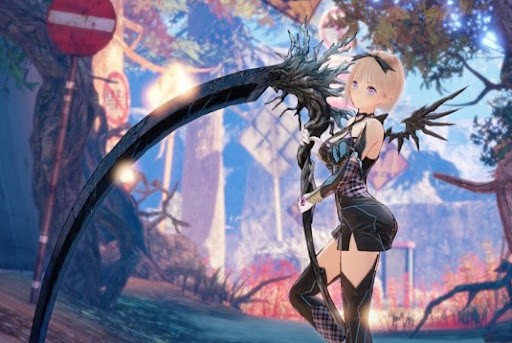 We’re through the bulk of the year now, and certainly, all the major JRPGs of 2021 have been released. As a whole, this year has been absolutely incredible for the genre. Indeed, I’d even go as far as to say it’s one of the best ever, and from January, right through to right now there has been a non-stop list of truly excellent, innovative, intelligent, rich, beautiful, emotional and entertaining JRPGs.

In fact, it has been so good that I don’t think this list even captures all the JRPGs that deserve to be on a “top ten” list, so be sure to jump in and let me know the ones that you love that have been left off.

And now, in no particular order: 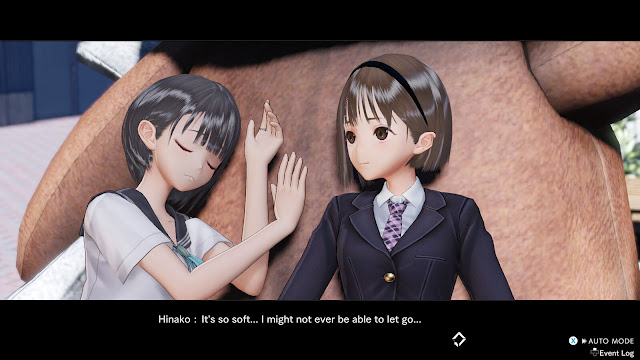 This is just the most beautiful and heartfelt game. It’s not just that the art is beautiful. It absolutely is, but it’s not that. It’s also because this game tells such a sweet coming of age story, with such a positive, wholesome, and natural take on yuri (i.e. girls loving girls) romance. There’s nothing forced nor exploitative in how it’s presented. It’s just that in between learning about themselves and exploring dungeons, these girls go on dates, flirt, hold hands and, simply, love one another. It’s just lovely to see. 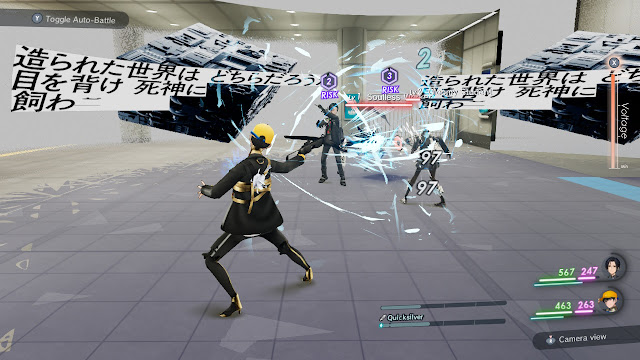 From the most beautiful game of 2021 to the most intelligent. The Caligula Effect 2’s biggest flaw might be that it’s too similar to the original in concept and theme, but when the original was the smartest game no one had played, treading that ground again, with vastly improved gameplay backing it up, seems to me to be a wise way to go about it. I have no idea if this game will sell (well, actually, I’m guessing not), but either way The Caligula Effect 2 represents the standard of depth and meaning that I wish we saw more of in games.
Read our review here.
Tales of Arise 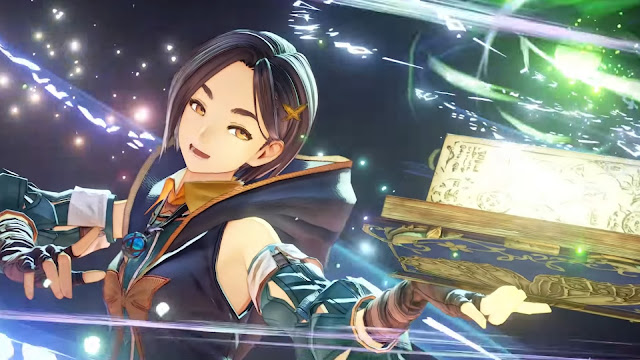 I never thought I’d include a Tales game on a “top ten” list. I enjoy them enough, but only enough. I’ve never enjoyed them so much that I can’t put them down. Tales of Arise gripped me from its very opening seconds. It has the trademark characterisation and party dynamics that we’ve come to expect from the Tales series, but it backs that up with a nuanced and interesting discussion about the subject of revolution and its aftermath. If Che Guevara interests you, then Tales of Arise will interest you and… I really never thought I would write something like that.
Also, Rinwell. So much Rinwell.
Read our review here.

Neo: The World Ends With You 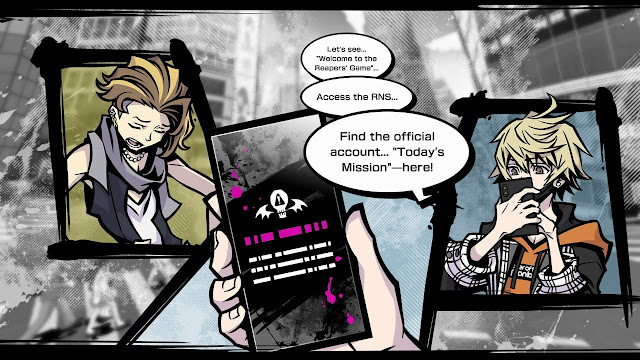 I’ve heard that Square Enix was disappointed with the sales of Neo, which, given that it was also disappointed with the sales of the original The World Ends With You will probably mean the end of this little series, and is yet more proof that sales figures and quality don’t correlate. Not only does Neo have just the best J-Pop-vibe soundtrack, but its slick action, sharp narrative and vibrant aesthetics make for an entertainment experience that is way off the scale.
Read our review here.
Atelier Ryza 2: Lost Legends & the Secret Fairy 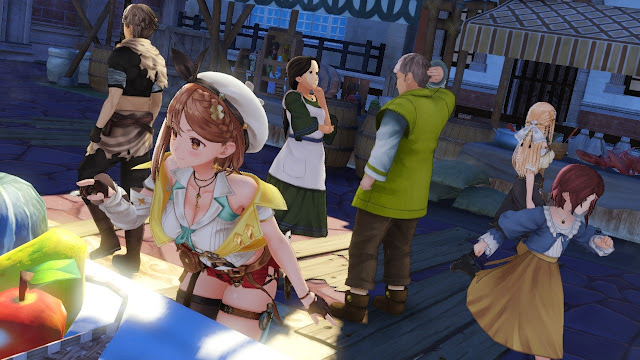 It’s been such a year for JRPGs that it’s almost possible to forget that the sequel to the most popular and widely-loved Atelier of all time came out this year, and it’s by no means a bad game itself. As a rare opportunity to enjoy the continued story of a single Atelier girl (usually Gust moves to a new protagonist for each title), Atelier Ryza 2: Lost Legends & the Secret Fairy does some great things with exploration, introduces some fun new characters, and is generally a delightfully warm example of comfort food gaming. As Atelier always is at its best.
Read our review here. 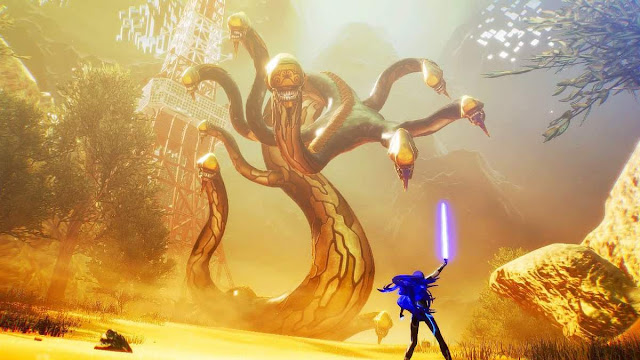 The darkest game on this list by a considerable margin, Shin Megami Tensei has always been that “Pokémon, but what if the monsters were demons” experience. It has also been a series unafraid to hit on nihilistic and existential themes, ask hard theological questions, and then also test the player’s JRPG skills. SMT V ramps all of that up. It’s the most thought-provoking SMT to date and, while this might just be anecdotal, it’s also the most difficult. We got SMT Nocturne remade earlier in the year and there are moments in this game that make Skeleton Matador seem like a cakewalk. 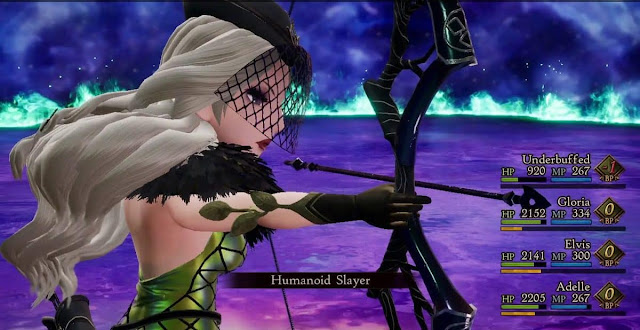 This is another one that I get the sense people have forgotten released this year, but Bravely Default 2 did indeed release this year, bringing with it beautifully classical turn-based JRPG gameplay, complete with job systems, an isometric camera angle, and every trope that we’ve come to know and love about the genre. It even has a minigame that is a direct homage to Triple Triad, the infamously wonderful minigame in Final Fantasy VIII, and a brilliant touch sitting on the top of BD2. 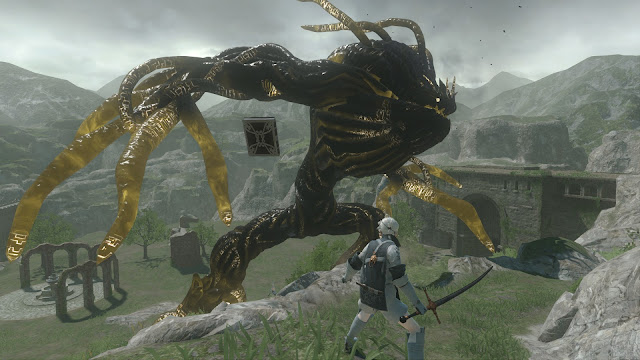 I still believe that the original NieR is the greatest game ever made, so the remake was always going to be one of the year’s highlights. I am disappointed that the version remade was the brother protagonist version, rather than the father protagonist version that we originally got. The relationship between the father and his daughter is more interesting and fits with the theme of NieR better than the brother/sister relationship. Still, putting that aside, this is still a masterpiece on every single level, with just enough added to it to surprise players on a replay without giving the sense that the game has become overloaded with content for the sake of content. It’s a true masterpiece.
Read our review here. 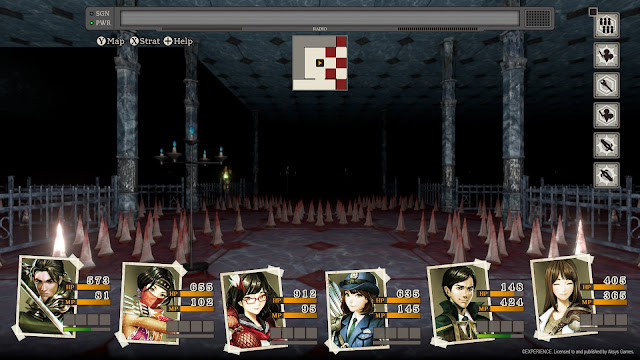 I knew that Undernauts would be an excellent dungeon crawler. Experience Inc, the developer behind it, are true masters of the genre with no peers in the modern game scene. Undernauts represents some of their best work with the crawler, too. What I didn’t expect, however, was the quality and sharpness of the narrative. The ‘crawler isn’t really known for telling potent, poignant stories, but with Undernauts, Experience Inc has lashed out with an anti-capitalist sentiment that was just so far out of left field. Whether you agree with the message or not isn’t really relevant. What you should take away from Undernauts is that it wanted to be something more than yet another dungeon crawler, and you’re not going to forget about this one in a hurry.
Read our review here.
Persona 5 Strikers 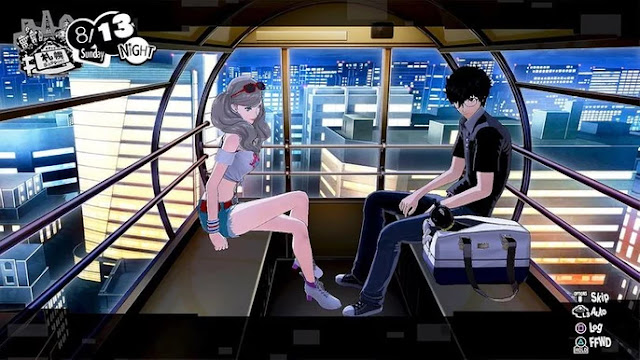 This is another one that pleasantly surprised me this year. I was expecting Persona 5 Strikers, which came from the Musou team over at Koei Tecmo, to be a Musou game. You know the drill – big battlefields, 1 v 1,000, and the same kind of thing that Koei has done for Nintendo with Fire Emblem and Zelda, and for Bandai Namco with One Piece, and for Square Enix with Dragon Quest. But, nope. As it turns out Koei Tecmo decided to produce an actual JRPG with it, that just uses the Musou combat engine. It doesn’t sound like it should work but… it so very much works.
And Ann. So much Ann.
Read our review here.
And there we have it! Ten superb JRPGs, and it feels like it’s just scratching the surface for this genre for this year. Do let me know your own picks in the comments!