I have a sneaking suspicion that Monark will be one of my favourite games of 2022. It is, of course, very early to be calling that, but the talent behind it is sublime: you’ve got the deep-thinking creator Hayashi Fuyuki, who turned a silly concept (“power-up by crying”) into a reflective masterpiece through his work on Crystar, and you’ve got Lancarse, the hyper-niche but ultra-talented development team that previously worked on El Shaddai and Lost Dimension.

Monark, the fruit of this union, is a vision, aesthetically, with its high-contrast and deep colours (Lancarse speciality, that). The concept of the game also has the potential to be quite an intelligent thing. From the game’s description on Steam:

“Jump between exploring the Mist of the real world and fighting within the enigmatic Otherworld. Call upon allies, fight enemies, and unravel the mysteries surrounding your academy. Will you save the world or go mad and destroy yourself? 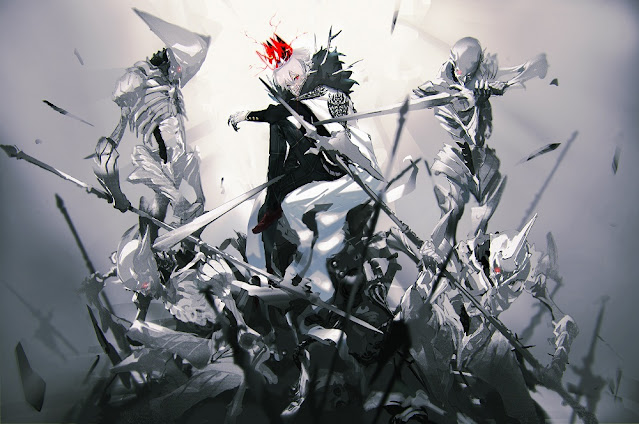 “Dive into a dark realm where reality and the self collide. The mysterious worlds you’ll explore are brought to life in a surreal, dark neo-fantasy style, with intricate character designs and evocative settings.” (Emphasis mine)

It was that last bit, about reality and the self, that particularly caught my attention. It’s not just that the concept promises some interesting musings on psychology and philosophy, but it’s also the central concept that we saw in The Caligula Effect and its sequel. And here’s where the third member in the team behind this game comes in. The publisher of Monark is FuRyu, the same publisher as The Caligula Effect, and while Hayashi tells me the games are unrelated and he wasn’t particularly aware of The Caligula Effect, it’s that FuRyu backed such a strikingly-similar vision that I find encouraging. I do trust FuRyu when it comes to backing intelligent ideas, and I, therefore, trust the publishing team if they’ve decided this “Caligula Effect-like” concept is worth backing yet again.

“At Furyu, each producer and director creates projects according to their own values and preferred aesthetics,” Hayashi said. “Like Crystar, Monark is merely a work that emerged from my ideological approach of wanting to depict the brilliance of human beings defying the illogical and my desire to move players with the catharsis of a gaming experience.” 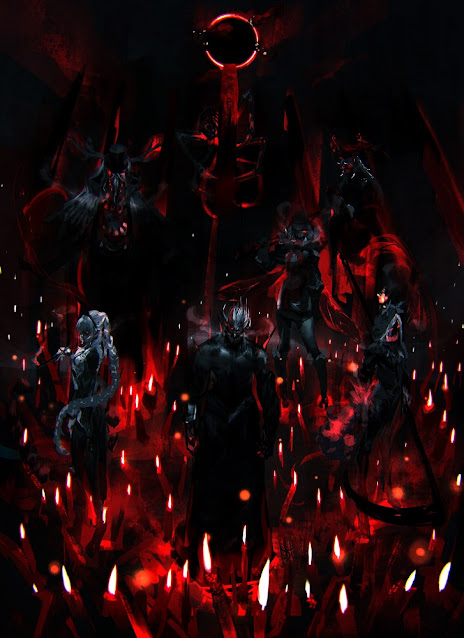 The other benefit to working with FuRyu, Hayashi added, is the freedom to take risks and create games that might not necessarily appeal to the mass audience. Hayashi believes that the JRPG genre, in the way it has matured, has stated to soften some of the stronger messaging that it might have otherwise engaged with. That’s a similar trend across much of the industry and all other genres, really, but Hayashi wants Monark – and his future work – to be big on impact, even if that puts some people off. “As a player, I feel that while JRPGs will become a more mature genre, JRPG titles that go on to become part of a series are being geared more and more toward “general” audiences, with lighter and milder forms of expression,” Hayashi said.

“What sets Monark apart is that it was designed with an awareness of the “grittiness” of the past, retaining that “underground” feel that some JRPGs have but which has begun to fade lately as the genre becomes more mainstream. Even if Monark. becomes a series, we would like to keep that “gritty” feel for the IP.

On Madness and the ID

Key to Monark’s success will be how well players engage with its psychological bent. While it’s not going to require a degree to understand and therefore appreciate (you would hope. Other games have got that one wrong in the past… hello, Lightning Returns), As Hayashi describes Monark, it is certainly a game with some thinking behind it: 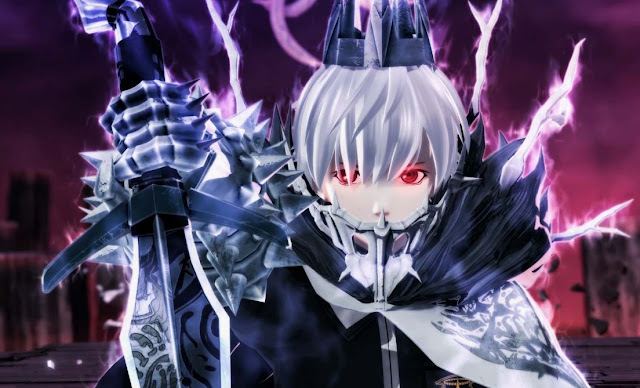 “This is just how I like to explain it, but it’s the unfiltered philosophy that drives one’s actions and comprises their personal principles that I’d like to call the true ‘Ego,’ Hayashi said. “Or, when we analyse the reasons for our actions or our very existence through a reductionist lens, we come to see a ‘I like it because I like it,’ and ‘I want to because I want to’ tautology. So, I think that’s what we can call the element of self-consciousness that remains as an inseparable form of assertion.”

“Now, there is a lot of school-centred, young-adult fiction with a “Jungian” worldview in JRPGs, so I think this different theme and concept helps connect the title to its own unique identity. One thing this title attempts to do is bring about the positive effects of active nihilism (a sense of gaining courage and the strength to live), through the catharsis offered by the ending. In other words, despite the title’s dark setting, we hope that in the end, the title has a positive psychological effect on players.” 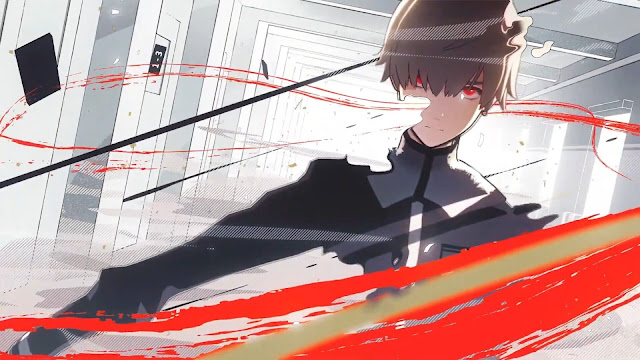 Dark Monark certainly is, with a kind of noirish high-contrast aesthetic, blended with discordant angles and a concept that includes a madness-inducing mist. But it’s also vivid and clearly a carefully-considered project. While Hayashi might insist that there is no comparison to The Caligula Effect, it, plus the likes of the director’s own Crystar, Koei Tecmo’s Blue Reflection: Second Light, Undernauts, Mary Skelter and Death End re;Quest represent an emerging new kind of JRPG. They’re developed with B-grade budgets, but rather than simply providing cut-price versions of existing, popular JRPGs, these games are daring to do things that the developers firmly know will lose them a (potentially large) audience, banking on the quality and uniqueness of their ideas so the games find an audience with the ”art crowd”.

I wouldn’t bet against Monark finding that audience in a big way when it launches next year.

(Note: Hayashi’s comments here are only a small part of a wide-reading interview that is core to this month’s Dee Dee Zine. If you’d like to read the whole interview, please click here to subscribe to the DDNet support Patreon).

A Week On The Water: Soundtrack sample