I’ve got around a dozen retro emulation consoles now (if not more… I’ve stopped counting). This became a hobby for me through the last two years of lockdowns and border closures, and I’ve derived a great deal of enjoyment from them. I’m always (very) quick to support legitimate efforts to preserve the games of yesteryear, and would always recommend that people pay for the Nintendo Online subscription, or buy the retro game compilations from Konami, Capcom, Square Enix and others when they’re available. However, it’s a simple reality that there are a lot of games that will never be saved, and for those games, including classics from bankrupt publishers, old licensed or sports games, or games that were so obscure on release that the publisher will never think to dust them off for a re-release, we’re left with two choices: do our bit to preserve the art via emulation, or let the games disappear and be lost to history.

I hadn’t purchased a new retro console since the start of the year, however, and the reason is quite simple; the consoles had hit a plateau. They were all (well, mostly all) great at Game Boy through GBA-era for handhelds, and NES and SNES for home consoles. The upper-end ones could handle the PlayStation One, and a few of them had limited compatibility with the PSP. But, short of splashing out for upper-end Android devices that had controllers slapped on to them, for anything above those devices you were going to need to turn to your PC, and the last couple of releases from all the console manufacturers haven’t broken past this barrier.

We’re about to be hit with a new wave of consoles, however, which will push on to the next level. We’re talking about nearly complete compatibility with Nintendo 64, PSP, Nintendo DS, and Dreamcast. Even some GameCube and PlayStation 2. And this is something I’m very excited about. These consoles represented the point where gaming went from being an entertaining pastime to something I took seriously. And it was also the point that games really started to push the artistic boundaries of the medium. 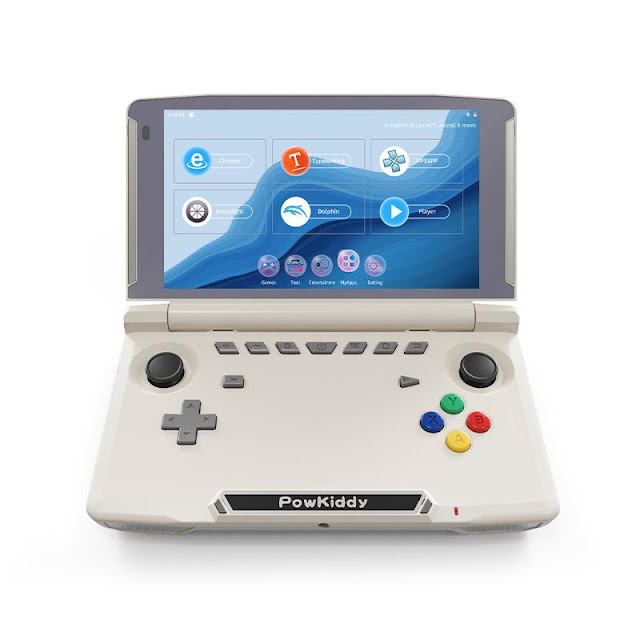 As far as emulation goes, they do sit a little more on the cusp of being a grey area, I must admit. I mean, Nintendo just started releasing N64 games on its own console, and here I am talking about emulation. PSP games are still actively available on a console that’s still technically current (the Vita). PlayStation 2 titles do get dusted off from time to time for “HD remasters” and re-releases. However, as has been rightfully pointed out, what is feasibly coming to the Nintendo 64 on Switch is limited, and the same goes for all the other games on the other platforms mentioned there. SEGA’s never going to be able to re-release its excellent Dreamcast sports titles, for example. There are also many excellent games on all these consoles that are a film licensing nightmare. So, until we actually see these games get a release, I’m comfortable with the handheld emulators sitting about 2 1/2 generations behind the commercial consoles.

I’ve already ordered two of these. Obviously, I haven’t had the chance to get hands-on with them, but there’s a couple of YouTube videos from those who have, and I’ll share them so you can get a sense of what they offer. The first is the Powkiddy X18S, which is a clamshell designed console (which I prefer, to protect the screen and all that), with an Android operating system that should, in theory, allow you to not only play all the retro games mentioned above, but also access Microsoft Game Pass and other Android games and services. Everything I’ve read and watched about this handheld suggests that the build quality isn’t great, though that matters less to me since I largely play RPGs and don’t need the quick inputs of, say, a fighting game. It also has the benefit of being first out the gate, with my unit on the way now.

Then there’s the Retroid Pocket 2+, which is a powered up version of an emulation console that a lot of people swear by. Here’s a video of it running Dreamcast flawlessly. And also GoldenEye 007 – one of those games that is never going to be otherwise preserved. It’s almost certain to have a better build quality, with the console being shipped out a little more than a month from now.

From there, 2022 hits, and based on what those in the know have being saying, there will be more than a few more devices that I will be adding to my collection. Why? Why have multiple devices that all play the same games? I enjoy messing around with the various form factors, and definitely prefer some experiences for different experiences. For example, I like the vertical form factor for my Game Boy and GBC games. And, interestingly, the PlayStation 1, since the screen in the form factor suits the 4:3 aspect ratio better. For GBA and PSP, the wide form factor is appealing. When I’m taking a console out and about, I prefer the clamshell, as it protects the screen from scratches (I instantly lose interest in a console if the screen is scratched), and then I prefer to have cheaper handhelds for action games, that way I don’t risk damaging my favourite consoles, which I savour with the RPG experience. Basically, I’m a collector, and as nutty as this will sound to you, this is how I rationalise it.

But in all seriousness, over the last few years, we really have seen a marked uplift in the quality of these things. Between Anbernic and Powkiddy, in particular, the other manufacturers of emulation consoles have needed to up their game in return, and with components and chips being of a higher quality but also cheaper than ever, this has become a thriving market. A market that the big console manufacturers would love to kill, I’m sure, as the quality of some of these devices is even pushing hard against the “official” consoles (although with most devices the user experience, especially for less tech-aware people, has a long way to go).

I’ll be sure to let you know how this Powkiddy X18S goes! I know it’s about as obscure as they come, but I cannot wait to finally play Aidyn Chronicles, one of the few RPGs released on the Nintendo 64. We’ll never get this game on the Switch Online service, and it was never released in Australia (as far as I’m aware), so, while I’ve heard it’s nothing special, I’ve also been fascinated to actually try it for something like 20 years now. Miku bless emulation consoles.